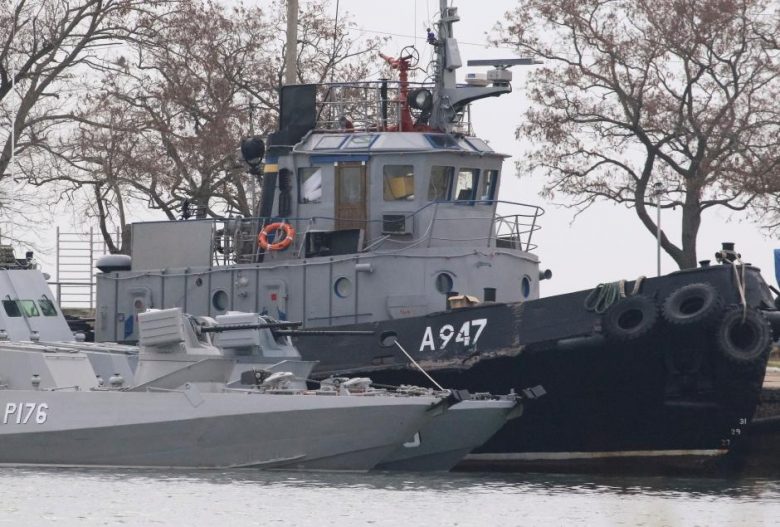 Q: Who is right and who is wrong, in your opinion?

Both Russia and Ukraine contributed to this serious escalation of the conflict between Russia and Ukraine over Sea of Azov and Crimea. Both Ukrainian and Russian officials confirmed that the Ukrainian ships did not receive permission from Russia to cross to Sea of Azov under the Crimean bridge. Russia unilaterally requires such permission after the annexation of Crimea and building a bridge even though a 2003 Ukrainian and Russian agreement concerning Sea of Azov stipulated a free passage of Ukrainian navy ships there. But it appears that these three little ships were sent to the disputed area without such a permission to garner such Russian response and to use it as a pretext to declare the martial law and cancel the presidential elections in Ukraine.

President Poroshenko issued his martial law decree under a false pretext using this military incident in order to cancel or postpone the presidential elections, which he is expected to lose, and illegally stay in power. He did not declare martial law during more than four-year long civil war in Donbas and covert direct Russian military interventions in Crimea and Donbas. Public opinion polls show that he currently has support of about 8 percent of Ukrainian voters four month before the presidential elections. My academic studies suggest that current leaders of Ukraine would do such extreme undemocratic steps, as the martial law, in order to remain in power because they fear of prosecution for involvement in the Maidan massacre, corruption, and other crimes.

Q: Could presidential and parliament election be cancelled if martial law is imposed?

The martial law, which was originally instituted by Poroshenko for 60 days, would have cancelled the presidential elections scheduled for March 2019 because the law prohibits any elections and consequently election campaign which is supposed to start 90 days before the vote. Because of strong opposition in the Ukrainian parliament, Poroshenko proposed that the parliament approved the martial law for 30 days. But such martial law for any duration would be used by Poroshenko against any opposition and rival presidential candidates and vestiges of democracy in Ukraine because the martial law decree explicitly states that it can limit constitutional rights and freedoms such as rights to elections, strikes, meetings, freedom of expression, freedom of movement, education, ownership, etc. The presidential elections and the parliamentary elections, which are currently scheduled for Fall 2019, would be in such conditions unfree and unfair even if they would be allowed to happen.

Q: Should we expect further escalation of the relationship between Russia and Ukraine?

A further escalation of the conflict between Russia and Ukraine over Sea of Azov, Crimea, and Donbas is a real possibility but a war with Russia is not likely. Russia is unlikely to abandon its claims concerning the passage to Sea of Azov, its annexation of Crimea, and its backing for self- declared separatist republics in Donbas. The current leadership of Ukraine can use escalation of these conflicts to steer popular support and as a pretext to institute and renew the martial law in order to stay in power and win elections. The Western governments are also likely to continue their public support for the current regime in Ukraine, because it is useful in containing Russia, and would continue to ignore undemocratic rule and violations of human rights in Ukraine.

The Ukrainian parliament has voted to approve the martial law for 30 days in regions of Ukraine bordering Russia, Black Sea, and Transdniestria, or about in half of Ukraine. The parliament of Ukraine also has voted to set the presidential elections for March 2019. Such a martial law would do nothing to end the civil war in Donbas and conflict with Russia, but it would be a major step towards consolidation of undemocratic rule in Ukraine. However, my research suggests that consolidation of dictatorship in Ukraine is unlikely. The reaction of Western democracies, which de facto supported a violent seizure of power by current leaders of Ukraine by means of the Maidan massacre in February 2014, towards this blatant attempt to usurp power in Ukraine would be revealing.