By Alexander Mercouris, published on his Facebook page, Feb 8, 2014

I am coming increasingly round to the view of Alastair Newman (see below his comment on a thread to one of my pieces) that Merkel and Hollande came with no plan to Moscow on February 6 but with the purpose of having what diplomats call “a full and frank discussion” in private with Putin looking at all the issues in the one place in Europe – the Kremlin – where they can be confident the Americans are not spying on them. That must be why they sent their officials away. 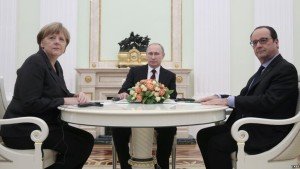 It is also clear that Merkel’s and Hollande’s visit to Kiev before their flight to Moscow was just for show.

Poroshenko’s officials are insisting that the question of federalisation was not discussed during Poroshenko’s meeting with Hollande and Merkel. Hollande has, however, now come out publicly to support “autonomy” for the eastern regions i.e. federalisation, which makes it a virtual certainty that in the meeting in Moscow it was discussed. The point is that Merkel and Hollande did not want to discuss federalisation with Poroshenko because they know the junta adamantly opposes the idea and did not want him to veto it before the meeting in Moscow had even begun.

The problem is that since everyone pretends that federalisation is an internal Ukrainian issue to be agreed freely between the two Ukrainian sides, its terms will only be thrashed out once constitutional negotiations between the two Ukrainian sides begin. Since the junta will never willingly agree to federalisation, in reality its form will have to be hammered out in private by Moscow after consultations with the NAF and with Berlin and Paris and then imposed on the junta in the negotiations.

Saying this shows how fraught with difficulty this whole process is going to be.

Not only are there plenty of people in the Donbass who now oppose federalisation (and some in Moscow too I suspect) [ie in support of full secession], but this whole process if it is to work would somehow have to get round the roadblock of the Washington hardliners, who will undoubtedly give their full support to the junta as it tries to obstruct a process over which it has a theoretical veto. Frankly, I wonder whether it can be done.

If the process is to have any chance of success, then Merkel and Hollande must screw up the courage to do what they failed to do last spring and summer, which is publicly stand up to the hardliners in Washington and Kiev and impose their will upon them. Are they really willing to do that? Given how entrenched attitudes have become over the last few months and given the false position Merkel and Hollande put themselves in by so strongly supporting Kiev, the chances of them pulling this off look much weaker than they did last spring.

I would add a few more points:

1. There is one major difference between the situation now and in the Spring, which might offer some hope of movement. Anyone reading the Western media now cannot fail but see that there is a growing sense of defeat. Sanctions have failed to work, the Ukrainian economy is disintegrating and the junta’s military is being defeated. That was not the case last spring, when many in the West had convinced themselves that the junta would win the military struggle with the NAF.

The confrontation strategy Merkel opted for in July based on that belief has totally and visibly failed. It is not therefore surprising if she is now looking for a way-out by reviving some of the ideas that were being floated by the Russians in the spring. She now has a political imperative to look for a solution in order to avoid the appearance of defeat, which would leave her position both in Germany and Europe badly weakened. That political imperative was not there in the spring. It is now. In a sense the pressure is now on her.

2. I should stress that it is Merkel who is Putin’s key interlocutor. The reason Hollande is there and appears to be taking the lead is to provide Merkel with cover. The one thing Merkel cannot afford politically is the appearance of a Moscow-Berlin stitch-up that the hardliners in Washington, Kiev, London, Warsaw and the Baltic States will claim is a new Molotov-Ribbentrop Pact to divide Europe into German and Russian spheres of influence. Whether we like it or not in Germany the shadow of Hitler still hangs heavy and exposes Berlin to endless moral blackmail whenever it tries to pursue with Moscow an independent course. That is why Merkel needs Hollande present when she meets Putin for talks of the sort she’s just had in Moscow.

3. One other possible sign of hope is that there is some evidence that a sea-change in European and especially German opinion may be underway.

Whatever the purpose of the ongoing debate in Washington about sending weapons to the junta, whether it is a serious proposal or an attempt to secure diplomatic leverage or a combination of the two, it has horrified opinion in Europe, bringing home to many people there how fundamentally nihilistic U.S. policy has become.

All the talk in the media yesterday and this morning is of a split between Europe and the US. That is going much too far. However for the first time there is public disagreement in Europe with Washington on the Ukrainian question. Whether that crystallises into an actual break with Washington leading to a serious and sustained European attempt to reach a diplomatic solution to the Ukrainian crisis against Washington’s wishes is an altogether different question. I have to say that for the moment I very much doubt it.

4. I remain deeply pessimistic about this whole process. The best opportunity to settle this conflict diplomatically was last spring. I cannot help but feel that as Peter Lavelle said on RT’s Crosstalk on which I appeared yesterday, the train has now left the station.

A peaceful solution to the Ukrainian conflict ultimately depends on European resolve to face down the hardliners in Washington and Kiev. It is going to be much harder to do this now than it was last year.

Moreover, despite the bad news on the economy and on the front line in Debaltsevo, the hardliners in Kiev are bound to have been emboldened by all the talk in Washington about sending them arms, which is going to make the effort to bring them round even harder than it already is.

The besetting problem of this whole crisis is that the Europeans have never shown either the resolve or the realism to face the hardliners down, though it is certainly within their power to do so. In Merkel’s case, one has to wonder whether her heart is in it anyway. My view remains that this situation will only be resolved by war, and that the negotiations in Moscow will prove just another footnote to that.

5. If I am wrong and some autonomy really is granted to the Donbass, then I make one confident prediction. This is that the Ukraine will in that case disintegrate even more rapidly than it would have done if federalisation had been agreed upon last spring or summer.

More to the point, the November elections showed the emergence of what looks like an increasingly strong potential autonomy or even independence movement in Galicia.

Given that a terrible war has been fought and lost in the east to defeat “separatism” in the Donbass, and given the widespread disillusion with the junta in Kiev, it is difficult to see how many people in Galicia will not feel betrayed if the grant of federalisation to the Donbass is now imposed on them after so many of their men died to prevent it.

If in reaction, Galicia presses for the same sort of autonomy as the Donbass – which it could well do – then Ukraine is finished. I doubt it would hold together for more than a few months. If federalisation had been granted last spring or summer before the war began then it is possible – likely even – that Ukraine could have been held together in a sort of state of suspended animation at least for a while. I don’t think there’s much chance of that now. 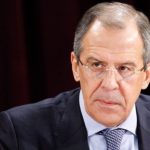 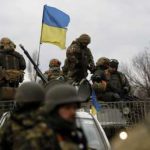