Medicine and meat out of reach amid Ukrainian price shock

Valentyna is thankful for the two pensions she and her husband share, even if Ukraine’s inflation shock means they’re no longer enough to buy medicine and meat. “We have some potatoes, tomatoes and cucumbers from our dacha,” said the 72-year-old pensioner as she made her way through the city of Zhytomyr, a two-hour bus ride west of Kiev. “I can’t imagine how people survive on a single pension. We can’t even go to the drug store. We try to use herbs instead.”

From Lviv, near the Polish border, to Kharkiv, 1,000 kilometers (650 miles) east in Russia’s shadow, Ukrainians are grappling with the world’s worst-performing currency, inflation that’s rocketed to 20 percent and the deepest recession in five years. The plight of Zhytomyr’s 270,000 residents shows how bailout-mandated austerity and the strains of an eight-month insurgency are playing out in everyday life.

Across the street from the city’s Soviet-era department store, the central open-air market sells food, clothes and toys. Traders huddle next to signs offering to buy pumpkin seeds, nuts, rabbit pelts, feathers and beans from producers who’ve traveled from nearby villages.

Locals are cutting back because of this year’s 48 percent plunge in the hryvnia, a decline that’s eroded purchasing power. The inflation rate spiked to 19.8 percent last month as the currency’s slide boosted the costs of imported goods from gasoline to fruit.

“I feel the hryvnia devaluation everywhere,” Tamara Yakovets, 46, said from the window of her 2-square-meter kiosk, where she sells toothpaste and shampoo. “My clients are shocked. I have to raise prices every week. People stopped buying expensive stuff and now they ask for the cheapest soap.”

Ukrainians are no strangers to inflation. Price growth peaked at 10,256 percent in 1993 as the Soviet economy was dismantled. Having subsided, the rate jumped to 31.3 percent in 2008, shortly before the hryvnia last sank.

The focus is on the currency again. Aside from imports, expenses from renting an apartment to buying a car are frequently fixed in dollars, while salaries are in hryvnia.

For Iryna Ivanchuk, even a wage in hryvnia would be a relief. Since losing her job this year, she’s gotten by on her husband’s military stipend and assistance from relatives. “I watch the dollar rate all the time because for me it’s the best indicator of poverty,” said the 29-year-old mother of a son in first grade. “I buy less sweets and fruit because of the astronomical costs. We used to save some money. Now, we can’t save anything.”

Ukraine’s hryvnia rebounded to 15.18 per dollar as of 1:23 p.m. in Kiev, data compiled by Bloomberg show. It’s gained about 4 percent since Nov. 11

Adding to the burden, the government is raising the price of natural gas to meet the terms of a $17 billion international bailout. While that will stem the drain on state funds from subsidies, it’s putting pressure on households as heating and power costs jump.

The cabinet, battling an economic contraction that the central bank estimates will reach 7.5 percent this year, must address declining living standards, according to Alexander Valchyshen, chief economist at Investment Capital Ukraine in Kiev. Spiraling prices are as much of a threat to order as and the conflict in the eastern Donbas region, he said.

“Inflation is the same as the war,” Valchyshen said. “It may lead to protests if people blame the authorities for failing to conduct proper policies.”

The government has promised to help the poor pay their utility bills and is expanding a program to boost the number of households covered to 4 million from 1 million. The World Bank approved a $300 million loan in July to help Ukraine widen assistance to the vulnerable and socially excluded.

Some Ukrainians are prepared to stomach the economic pain as a cost of leaving Russia’s orbit and aligning with the European Union. President Petro Poroshenko has signed a political association and trade pact with the 28-member bloc, a key demand of the protesters who toppled his predecessor in February.

“I’m ready to tolerate the current economic situation as long as the war is on,” said Hanna Hryhoriyeva, 67, a teacher at a culinary college who backed the protests’ anti-corruption message. “I won’t go onto the streets tomorrow because of inflation and the devaluation but my patience isn’t infinite.” Others are less understanding.

Valya, a pensioner who declined to give her last name, said she’d just bought 2 kilograms (4.4 pounds) of grain that should last a month, along with potatoes and beetroot from the market. While she doesn’t drink alcohol or smoke, she can’t afford the bus to visit relatives’ graves in the Lviv region. “Glory to Ukraine?” said Valya, 76, referring to a slogan of the street uprising. “Glory for what? Higher prices? The war? We’re just tolerating the authorities.”

Ending the war, where a two-month truce hasn’t stopped the fatalities, is key for Valentyna, who’s already living without medicine and meat. With pensions flat as prices increase, everyone is feeling the pain that’s forced her to cut back. “This is how we survive,” Valentyna said, declining to give her last name. “The main thing we need is peace.” 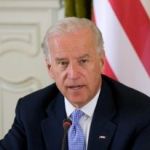