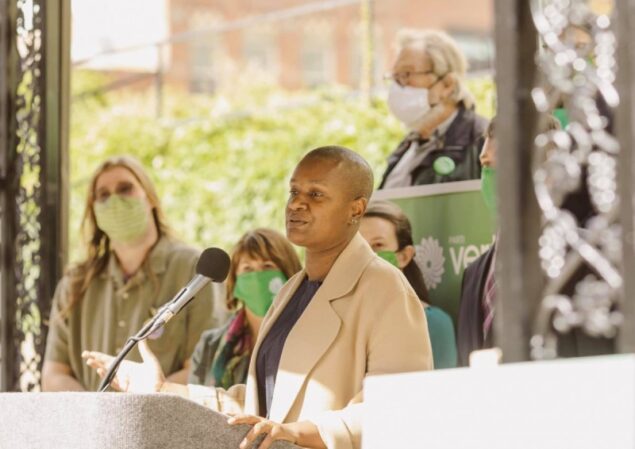 Annamie Paul’s perspective has overwhelmingly shaped coverage of the conflict within the Green Party. The media has even uncritically reported Paul’s position that the former party leader who abused her authority to promote Paul’s candidacy is part of a conspiracy against Paul.

Annamie Paul’s perspective has overwhelmingly shaped coverage of the conflict within the Green Party. The media has even uncritically reported Paul’s position that the former party leader who abused her authority to promote Paul’s candidacy is part of a conspiracy against Paul. As Green Party of Canada Supporters Facebook Group organizer and Elizabeth May critic, Constantine Kritsonis, noted, “Straight out of the twilight zone! The Annamie Paul gang blames Elizabeth May!”

Before discussing largely overlooked background of the Green story, I want to echo the obvious: Paul faced racial barriers prior to and during her time as Green leader and likely faced gender hurdles as well. But, to believe that anti-blackness and patriarchy are central to her conflict with party members only makes sense if you ignore the politics at play.

The place to begin a serious discussion of the Paul saga is with a remarkably antidemocratic move taken by her patron May, which has been omitted from coverage including in Alex Ballingall’s 7,000-word supposed exposé on the Greens collapse in Saturday’s Toronto Star.

In August 2016, the Green party held a convention in Ottawa. Beforehand Independent Jewish Voices member Corey Levine sponsored a resolution that called for revoking the charitable status of the racist Jewish National Fund of Canada and lawyer Dimitri Lascaris put forward a resolution favouring boycott, divestment and sanctions (BDS) measures targeting sectors of the Israeli economy profiting from the occupation of the West Bank. Both resolutions were endorsed by party members in the online poll leading up to the convention. But in the days before the convention, the Israel lobby began to denounce the Greens, complaining the convention marginalized Jews because it was held on Shabbat (Saturday) and trotting out former party President Paul Estrin who had cried anti-Semitism when he was criticized for using a Green Party blog to justify Israel’s slaughter of 2,200 Palestinians in Gaza in 2014.

At the convention, May used her sizable influence to scuttle the JNF resolution. Angry at May’s tactics, the next day Green members defied the party leader and voted to backBDS measures against Israeli settlements.

The anti-Palestinian lobby was none too pleased with this first ever BDS resolution passed by a North Americanpolitical party with representation in Parliament. Describing herself as “broken-hearted,” May threatened to resign if the party didn’t revisit the issue. In a crassly antidemocratic move, she announced a special general membership meeting to be held four months later, to discuss a Palestine policy members endorsed prior to the convention, at the convention and in the follow-up online poll.

Simultaneously, May fired Lascaris and two other members of her shadow cabinet for defending the party’s recently passed Palestine policy from attacks by the head of the British Columbia Greens.

The party spent hundreds of thousands of dollars to hold a special convention in Calgary (why choose that city?). But in seeking to assuage the Israel lobby, May didn’t properly account for the pro-Palestinian sentiment among members or Lascaris’ motivation, resources and capacities to defend the partial BDS resolution he sponsored. In the lead-up to the special convention Lascaris would speak at 18 events across the country about the resolution and helped mobilize grassroots members to travel to the special meeting. As part of this effort, I organized a public letter signed by Noam Chomsky, Naomi Klein, Bruce Cockburn, Yann Martel, Rawi Hage, Richard Parry (Arcade Fire) and many others calling on the Greens “not to succumb to political pressure to weaken or reverse the vote to support Palestinian rights.”

Facing the prospect of a humiliating defeat at the special meeting, which would have all but forced her to resign, May sought a last-minute compromise. On the eve of the convention May and Lascaris agreed to a resolution that added the BDS movement’s two other demands regarding Palestinian refugees and equality within ‘Israel proper’ but softened the direct BDS formulation. More than 90% of members endorsed the consensus resolution calling for “consumer boycotts, institutional divestment [and] economic sanctions” as a way to pressure Israel to uphold international law. But May had the media megaphone and she simply told the press the party voted to replace the BDS resolution, misleading information that journalists largely relayed to the public.

May’s remarkably antidemocratic behavior at the service of Palestinian oppression embittered many Greens and strengthened their desire to see May go.

But for the Israel lobby, May’s departure offered a troubling possibility. An overtly pro-Palestinian Green leader would be a disaster for their cause and even under May the party was becoming a political base to articulate Canadians’ pro-Palestinian sympathies (polls suggest Canadians are far more critical of Israeli colonization than any party with a seat in the House of Commons). NDPers disgruntled with that party’s anti-Palestinian policies, such as the Manly family, had rallied to the Greens.

The battle over the 2016 Palestine resolution demonstrated to the Israel lobby (and May) that Lascaris was a force to be reckoned with inside the party. A year later the Israel lobby would launch an unprecedented smear against Lascaris that spurred the prime minister, Conservative leader, NDP leader, May and numerous other politicians to condemn him over an innocuous tweet.

This is the context in which Paul showed up on the Green scene in 2019. Despite no background in the party, Paul was appointed foreign affairs critic (she released a statement in that position effectively supporting the coup against indigenous Bolivian president Evo Morales). The more internationalist and eco-socialist minded members were sure to distrust whoever May supported and that hostility only grew when May broke her promise to stay out of the leadership race by fundraising for Paul (subsequently justified as backing an equity seeking candidate). I became aware of Paul when she denounced an incident of anti-blackness and anti-Semitism at a Zoom leadership event, which B’nai B’rith and Friends of Simon Wiesenthal Center immediately hyped up. During and just after the leadership race Paul was quoted by Global, Times of Israel, Ha’aretz, Jewish Independent, Canadian Jewish Record and other media outlets labeling Green Party members as anti-Semitic. In a Canadian Jewish Record commentary three months before becoming leader of the party she wrote, “My loyalty to Canada has also been called into question, and I have been accused of taking bribes from Israel, leading a Zionist take-over of the Green Party of Canada and of spreading hasbarah.”

While Paul besmirched the party in tandem with anti-Palestinian groups, Lascaris was blocked from participating in the leadership race. Ultimately he succeeded in overturning the ban, but on the eve of the vote Paul and May participated in a Global News hit piece arguing Lascaris was an anti-Semite who shouldn’t have been allowed to run. Despite significant support from May, the Israel lobby and corporate media, Paul barely defeated Lascaris on the eighth round of voting.

The 2016 BDS resolution precipitated the Paul saga in an even more direct way. Amidst mass protests by largely racialized Canadians during a flareup in Israeli brutality in May 2021, Green MPs Paul Manly and MP Jenica Atwin privately pressed Paul to stand with Palestinians as per democratically determined party policy. She refused, prompting a dispute between Paul’s team and Green MPs. Atwin would call Paul’s statement on Israeli belligerence “totally inadequate”. When Atwin and Manly condemned Israeli “apartheid” and “ethnic cleansing” they were espousing party policy.

Paul’s senior adviser, Noah Zatzman, responded by publicly labeling Green MPs, NDP leader Jagmeet Singh and others anti-Semitic and threatened to defeat them. Atwin left the party in response (despite the Israel lobby and Liberals trying to depict otherwise, Atwin didn’t really walk back her statement that Israel was an “apartheid” state).

As anger at Paul’s anti-Palestinian and anti-democratic actions grew, more and more members began criticizing Paul for strong arming the party into paying her an outrageous salary, failing to work with any of the eight other leadership candidates, sending threatening legal letters to volunteer councillors, labeling council racist when she didn’t get her way, etc. (I am not arguing racism or misogyny played no role in all this.)

A week ago, Paul resigned (though she is refusing to give over control of party communications and is still working to push individuals off the council) because she would be clobbered in the party’s mandatory leadership review, as she was in the multiracial riding of Toronto Centre. During the recent election the Green vote across Canada dropped to 2.3% from 6.55% in 2019.

Media coverage of Paul is fascinating. Far-right Rebel News, Toronto Sun and National Post have all staunchly defended her largely due to her Zionist and establishment outlook. In Saturday’s National Post fanatic anti-Palestinian Avi Benlolo co-wrote “Annamie Paul is just the latest victim of rising anti-Semitism in Canada”.

At the same time liberal CBC commentators uncritically parrot her anti-blackness narrative. On the weekend the Globe and Mail published ‘leftish’ Black writer Erica Ifill bemoaning Paul’s demise. Paul’s leading sycophant has been the Toronto Star’s Alex Ballingall who has written dozens of articles on the Green conflict and has not mentioned the 2016 BDS resolution or the role of anti-Palestinian racism in this affair.

An obvious question has been ignored by these pundits. Which is more important for the leader of a political party? Their identity or politics? Most people would say the answer is obviously politics because we’re discussing a political party. But even if one’s answer is both, it is poor punditry to dismiss the politics of the Green Party saga. 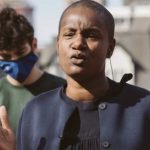 Why did Paul run for leadership of ‘anti-Semitic’ party?Canada, North America, Yves Engler 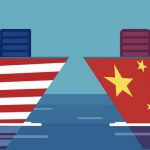 What has the Trade “War” between the United States and China Achieved?China, North America, USA, World Economy