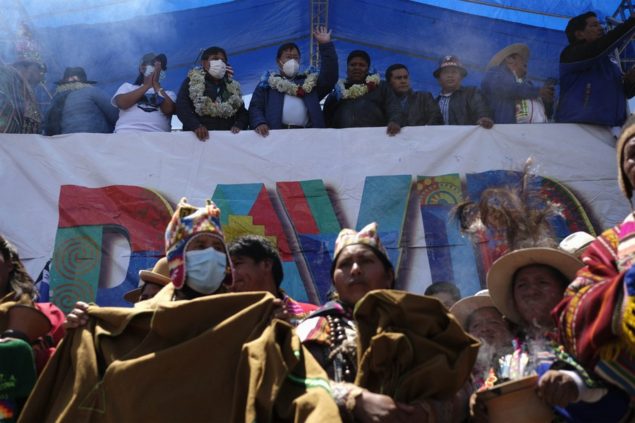 The Bolivian president-elect, Luis Arce Catacora (C, above), greets his supporters during a celebration of the Movement Towards Socialism (MAS) party for the results in the general elections, in El Alto, Bolivia, on Oct. 24, 2020. (Xinhua/Mateo Romay)

In their presidential election of Sunday, October 18, Bolivians made it abundantly clear that they choose socialism and the Movement for Socialism (MAS) party, overwhelmingly electing MAS candidate Luis Arce to replace Evo Morales as Bolivia’s next democratically elected president.

In their presidential election of Sunday, October 18, Bolivians made it abundantly clear that they choose socialism and the Movement for Socialism (MAS) party, overwhelmingly electing MAS candidate Luis Arce to replace Evo Morales as Bolivia’s next democratically elected president.

Meanwhile activists, politicians and analysts are now demanding the Washington, DC-based Organization of American States (OAS) — whose unfounded allegations of fraud prompted last November’s military coup in Bolivia — be held accountable. Compliant media who parroted OAS’s false claims, and refused to refer to the events of last November as a “coup,” are now been outed for their complicity in the crimes of the coup government over the past eleven months.

Firstly, which English-language media outlets deserve praise for correctly labelling the events as a “coup,” or for questioning the OAS fraud allegations?

Telesur, Orinoco Tribune and Granma were unwavering though October and November 2019:

But many other international English-language media outlets should be praised for their publishing decisions. In the interest of brevity, I’ll try to limit myself to one sample from each:

· “Via Evo — Morales wins! The Trump administration increasingly has ‘regime change’ in mind when it comes to Bolivia,” Morning Star, October 27, 2019

· “This Is a Military Coup”: Bolivian President Evo Morales Resigns After Army Calls for His Ouster,” Democracy Now, November 11, 2019

· “The Coup That Ousted Bolivia’s Evo Morales Is Another Setback For Latin American Socialism,” Elise Swain, The Intercept, November 15, 2019

· “What has Canada done for Bolivia? Andray Domise: The response from Canada has been empty platitudes about ‘fair and transparent’ elections and ‘standing with the democratic will,’” Maclean’s, November 21, 2019

Let’s take a look back to October and November 2019 and expose the media sources most implicated in spreading the false claims. Some of the offenders have altered their past headlines since then, but we can usually find remnants online.

Reuters was among the worst offenders. They ran a spate of skewed and inaccurate articles that were reprinted by unscrupulous media outlets worldwide.

· “Evo Morales’ legacy: a polarised Bolivia,” Financial Times, November 11, 2019… Particularly humorous when we compare -as an indicator of polarization -the results of Bolivian elections with those of recent US presidential elections.

· “Corbyn’s response to Bolivia shows how the left continues to fetishise socialism in Latin America,” Harriet Marsden, Independent, November 11, 2019… In this laudable piece of journalism Marsden claims that it was the Amazon forest fires, and Morales’ refusal of international aid, that provided the “spark for a revolt.”

All of this should lead readers to be alert to the weaponization of protest by regime-change operators. The story of Bolivia over the last year is riveting precisely because it so clearly illustrates how US-led misinformation campaigns are waged in the service of neoliberal, right wing, or outright fascist regimes willing to cater to transnational capital. This particular regime-change strategy has a long history of use by the US Central Intelligence Agency (CIA), dating back at least to its success in the overthrow of democratically elected Prime Minister of Iran Mohammad Mosaddegh, and the installation of the Shah dictatorship in August 1953, by now a matter of public record. Perhaps unsurprisingly, we found that journalists and outlets from Iran, Cuba, and Venezuela — all past targets of regime change operations orchestrated by the CIA— were among the first to report the facts from Bolivia. 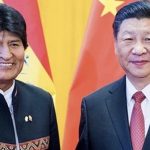 China’s rise: an inspiration for Bolivia in the fight against US-imposed poverty and indignityBolivia, Fiona Edwards 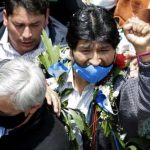