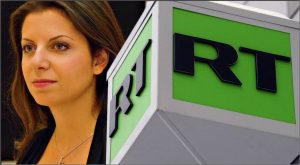 The accusations of “meddling” in U.S. elections are not valid, as Russian media is targeted for covering U.S. political news, RT and Sputnik Editor-in-Chief Margarita Simonyan said, noting jokingly that the costliest Twitter ad by RT America was not even about Trump, but Sanders.

Simonyan delivered the comments on Wednesday at an extended panel of the Russian Federation Council’s Interim Committee on the Protection of Sovereignty. The meeting was called to discuss last week’s move by Twitter to impose a blanket ban on ads from RT and Sputnik, citing alleged U.S. “election interference.”

Russian media is being targeted in the U.S. effectively due to its political coverage and therefore having political ads, Simonyan told the Committee. Twitter itself had approached RT with an advertising campaign proposal during the 2016 U.S. election campaign, she added.

“Look, we’re not an ice cream factory or the ‘Golos’ (Voice) program [a popular Russian TV singing contest] – we’re a news channel that’s focused on politics. Moreover, we were offered [the chance] to use political issues for promotion,” Simonyan told the meeting, showing the pitch from Twitter. The proposed ads campaign cost over $3 million, with customized emojis alone costing $800,000, according to the promotional materials shown by Simonyan to the meeting.

“Twitter now is blaming us for what it initiated itself. Here’s this lovely presentation. [Twitter] approached us with it and said, ‘Hey, guys, look how cool [your ads would look on] our platform during the U.S. presidential elections,’” she told the Committee.

“Unfortunately, we could not afford to spend such a sum,” she said, adding, that total expenditure on the promotional campaign in 2016 was some $275,000, Simonyan said. That’s the equivalent of the cost of a two-room apartment in a Moscow suburb, she pointed out.
Read more

“The most expensive Twitter ad [at $12,000] on RT America was about Bernie Sanders – not Donald Trump or Hillary Clinton, but Bernie Sanders. How can you use this to make it look like we interfered in the U.S. election race to help Trump – I don’t quite get it. Yet, this is what we are accused of,” she added.

Twitter, however, cited the report released in January, compiled by the Office of the Director of National Intelligence (ODNI). It devoted seven pages to RT’s alleged influence on the election “by serving as a platform for Kremlin messaging to Russian and international audiences.”

The report, which did not provide any solid facts to back up its far-reaching allegations, has been widely cited as “proof” to fuel the “Russian election meddling” hysteria that persists in the U.S. It was also used as a pretext to put severe pressure on Russian media broadcasting in the U.S., particularly RT America.

In September, the contractor that supplies various services for RT America, including TV production and operations, received a letter from the U.S. Department of Justice, claiming that it was obliged to register as a “foreign agent,” under the Foreign Agents Registration Act (FARA). The Act was adopted in the late 1930s to counter pro-Nazi propaganda and serves the goal of informing “the people of the United States … of the source of information (propaganda) and the identity of persons attempting to influence U.S. public opinion, policy, and laws.”

Foreign media have always been exempted from the effects of the Act, due to the principle of freedom of the press. If RT‘s contractor fails to register as a foreign agent, it may face the seizure of its assets and even arrests of its employees, which would effectively destroy RT America’s ability to broadcast.

The pressure on Russian media outlets and the threats to limit their ability to broadcast triggered an angry reaction in Moscow, which has repeatedly promised to implement tit-for-tat measures against the U.S. media if any of the decisions to hamper the freedom of Russian media outlets would be implemented. Apart from adopting reciprocal measures, Russia is ready to impose restrictions on U.S. NGOs and their affiliates if Washington undertakes hostile moves against Russian media, Deputy Justice Minister Oleg Plokhoy said at the Committee meeting on Wednesday.

“We will likely have to implement measures to tighten control over foreign NGOs and their branches, agencies and other affiliated persons. The degree of that control is almost identical to those measures undertaken in the U.S. today against Russian media,” Plokhoy said, stressing that the Justice Ministry is ready to implement such measures immediately, as it’s been working in the “cocked-hammer” mode since the threat to Russian media emerged.

After RT published excerpts from Twitter’s “limited offer” to spend millions on U.S. election marketing, the company abruptly banned all advertising from the news network. This makes full disclosure and transparency imperative, so here goes…

No evidence of RT manipulating YouTube during US election – Google, RT.com, Oct 31, 2017

How the ‘fake news’ scare is marginalizing the left, by Julianne Tveten, In These Times, Oct 11, 2017 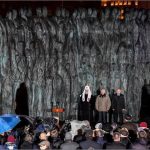 ‘Wall of Grief’ memorial to victims of Soviet repression unveiled in Moscow, but Western media wants to write about Vladimir PutinRussia 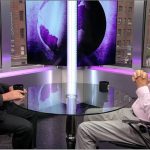 The silencing of the left: Interview by Chris Hedges of Truthdig’s Robert ScheerChris Hedges, Russia