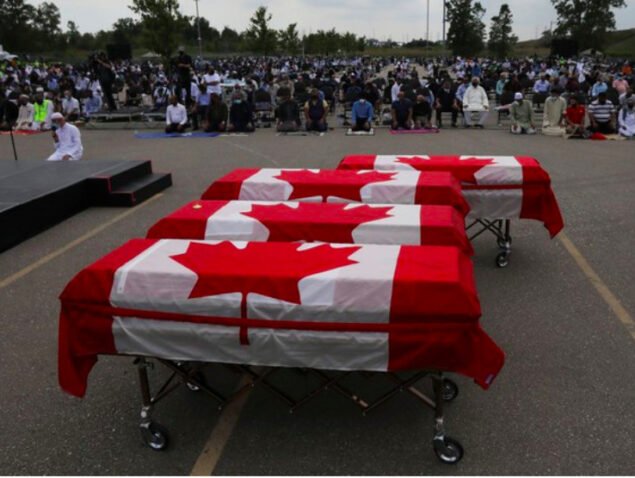 In the aftermath of the Islamophobic attack in London, Ont., where four members of the same family were killed after a 20-year-old man drove his truck over them, leaving the youngest surviving member of the family fighting for his life in a hospital, many Canadians are wondering how we got to this point.

In the aftermath of the Islamophobic attack in London, Ont., where four members of the same family were killed after a 20-year-old man drove his truck over them, leaving the youngest surviving member of the family fighting for his life in a hospital, many Canadians are wondering how we got to this point. How is it possible, in Canada — a country known around the world for its multicultural fabric — that a human being can unleash so much hate and terror?

After years of experience in government policy, national security and Islamophobia over the past two decades, I have often argued there are two manifestations of anti-Muslim hate. Both are problematic and both have been left to fester. They can only be combatted through swift and rigorous government action.

The first one is the most visible to the naked eyes. It takes the form of a woman wearing a hijab being spat on or physically attacked in broad daylight. It is horrible and despicable. Law enforcement usually deals with this form of Islamophobia as a hate-motivated incident or crime, but unfortunately it is rarely prosecuted, allowing the acts to become normalized. Most of the perpetrators are what someone can simply define as “ignorant people.” Ignorance breeds fear. Fear breeds hate. Hate hurts people. Sometimes, it kills them.

The second type of Islamophobia isn’t visible. It is rooted in the system and for most Canadians, the implications are not obvious. It exists in our government institutions, whether it be the RCMP, CSIS, our military forces, or the CBSA. All have been exposed over the years.

This form of Islamophobia is not officially sanctioned by the state, but the assertions and conclusions of government directives have been implemented by agencies in a manner that targets and profiles Muslim organizations and communities and has produced bureaucrats and agents who have become invested in these Islamophobic practices — whether they recognize them as prejudiced or not.

It isn’t bluntly named Islamophobia. It is unconscious bias and systemic racism.

Since 2001, the most prominent example is Canada’s anti-terrorism legislation.

After the 9/11 attacks in New York, the House of Commons in Canada voted on, in record time, new legislation. Many human rights activists and legal scholars challenged Bill C-36 — known as the Anti-terrorism Act, which gave the government expansive security and surveillance powers — yet politicians didn’t listen. This has resulted in the targeting of Muslims and has shaped a narrative over the last two decades: Muslims are terrorists.

Meanwhile, the International Civil Liberties Monitoring Group recently released a report about the approach of CRA’s audits, which in an attempt to counter terrorist financing have targeted a disproportionate number of Muslim charities.

In 2003, as part of Canada’s anti-terrorism regime, a standalone division in the CRA called the Review and Analysis Division (RAD) was established to investigate terrorist financing in the charitable sector. Although the CRA charity directorate is supposed to randomly select audits each year, the report exposes how the RAD practised a prejudiced and biased risk assessment to selectively target Muslim charities.

I have sat on several boards of Muslim charities and I can certainly attest there is a constant concern and — let’s be honest, a fear — of CRA prejudice towards the important services we deliver in the name of our faith and the threat towards our charitable status. Another recent National Council of Canadian Muslims and U of T report has shown the CRA is effectively policing the Islamic faith.

Both reports expose that in 2015, the Canadian government issued a risk assessment for terrorism financing in the charitable sector in Canada and concluded the risk arises almost exclusively from Muslim-linked entities, and entirely from entities linked to racialized communities — without providing clear or substantial evidence.

Today, we are at a crossroads. Are we, as a society, ready to fight both types of Islamophobia, the one emanating from ignorance and the other emanating from our inherently biased laws? Anti-terrorism laws should be reviewed. The CRA should be transparent about the reasons it “randomly” chooses to audit and target Canadian Muslim charities. It needs to stop these prejudiced audits and initiate a review for systemic change.

Monia Mazigh is an academic and author. She is the former national coordinator of the International Civil Liberties Monitoring Group.

Headline Photo: Flag-wrapped coffins are seen outside the Islamic Centre of Southwest Ontario, during a funeral of the Afzaal family that was killed in what police describe as a hate-motivated attack, in London, Ontario, Canada June 12, 2021. PHOTO BY CARLOS OSORIO /REUTERS 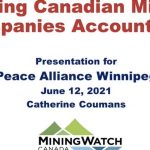 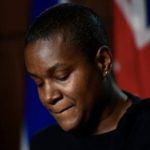