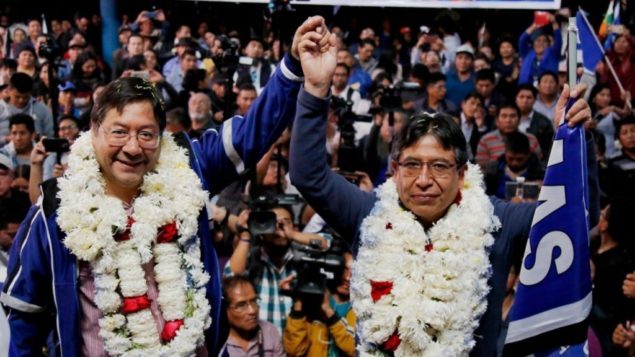 The MAS presidential ticket, Luis Arce and David Choquehuanca have vowed to restore democracy and stability in Bolivia.

With the banner of “Vamos a salir adelante” or “We will overcome”, Bolivia’s progressive political party, the Movement Towards Socialism (MAS), on September 6, began its campaign for the general elections scheduled for October 18.

The MAS presidential candidate and the former economic minister, Luis Arce, began the election campaign with a large vehicle rally in the city of Santa Cruz.

“We are beginning the campaign to restore democracy and give the Bolivian people economic, political and social stability,” said Arce during the rally. “This caravan is endless. The people of Bolivia are fed up with the right-wing parties and want to once again have a peaceful country for all Bolivians, inclusive, with economic stability, which only we guarantee,” added Arce.

Meanwhile, the MAS’ candidate for vice presidency and the former foreign affairs minister, David Choquehuanca, began the campaign with an ancestral ceremony in the city of El Alto. On the occasion, Choquehuanca indicated that the MAS’ victory will give way to a second stage of the transformation process, in which past mistakes will be corrected and new leaders will be promoted.

“This is going to be another stage of our process. The mistakes that have been made in the first stage, we have to correct them. There has been no promotion of leaders, we have to promote new leaders,” said Choquehuanca. 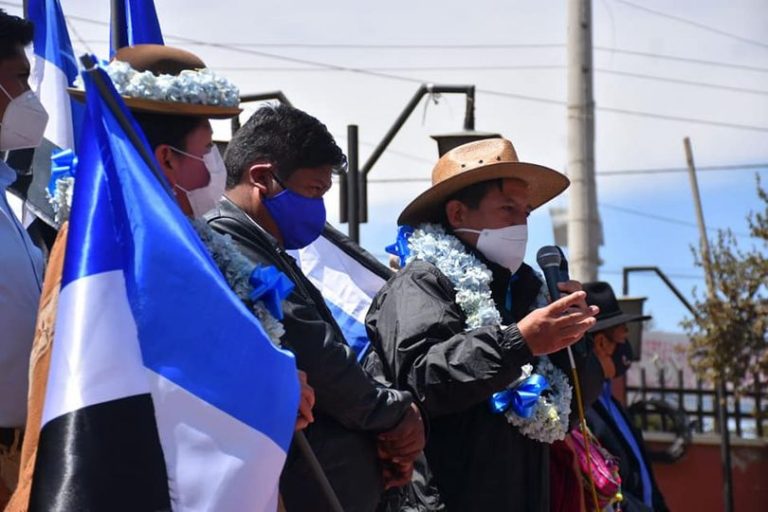 In the evening, at 7 pm, a central campaign event was held virtually and broadcasted live on Arce’s Facebook account. During the event, both the candidates addressed the citizens and vowed to restore democracy, dignity, employment, hope and stability in Bolivia.

Bolivia’s Supreme Electoral Court (TSE), on September 5, announced that all political organizations and parties participating in the elections could begin their political campaigns from September 6, respecting the health protocols in place due to the COVID-19 pandemic.

According to a new opinion poll on voting intentions, conducted by Ciesmori, between August 26 and September 3, Arce and his running mate David Choquehuanca of the MAS party are the preferred candidates in the general elections. The pollster estimates that Arce will get 37.3% of the votes. Meanwhile, it places Carlos Mesa of Citizen Community (CC), a center-right political coalition, on the second position with 24.2% of the votes. The de-facto president and presidential candidate of the far-right Juntos party, Jeanine Áñez, is in third place with 14.4% of the votes. Luis Fernando Camacho of the right-wing Creemos party is on number 4 with 12.4% of the votes.

On Monday September 7, Bolivian democracy received a further blow as the Constitutional Chamber in La Paz, Bolivia ruled that Evo Morales’ candidacy as senator in Cochabamba is disqualified. Following the coup on November 10, 2019 which took Morales out of office, the de facto regime under Áñez has led a concerted campaign to block Morales’ participation in the upcoming elections in any way possible as well as his return to Bolivia.

Over 6.9 million Bolivians are eligible to vote and elect the country’s next president and vice-president as well as 36 senators and 130 members of parliament for the period of 2020-2025. In the case of the presidential elections, if no candidate wins a simple majority, the run-off will be held on November 29. In order to win in the first round, the lead candidate has to win more than 50% of the votes or more than 40% of the votes with a 10% lead over the runner-up.