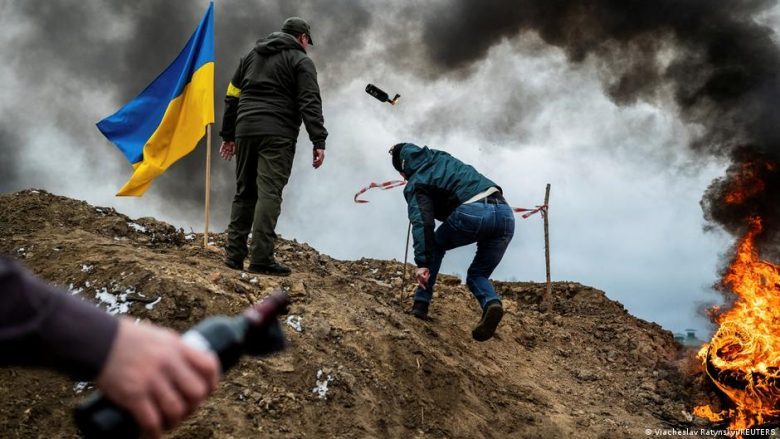 Russia’s military action in Ukraine has been going on for more than a month, and there appears to be little hope of a solution any time soon. Meanwhile, Russian troops have moved deeper into Ukraine and Ukraine reports counter-offensives and the Russian army is using the tactics of encirclement and blockade of large cities. The Ukrainian army, which has lost almost all its aviation, does not release civilians from these cities, since without a human shield it could become an easy target. Civilians have to fight their way out, negotiating minefields en route and many have been killed while trying to leave the cities.  In this exclusive piece for the New Cold War website, our Ukraine expert Dmitriy Kovalevich details events in and about Ukraine up to and including March 29, 2022.

For more than a month, hostilities have been happening in Ukraine and so far, as I’m writing this piece, there is nothing to suggest that an end is in sight. In March, Russian troops moved deeper into Ukraine on almost a daily basis. Likewise on a daily basis, Ukraine announced counter-offensives and their regain of control over the territory of some cities, which later turned out to be untrue. Nevertheless, thanks to the Western media, Ukraine is winning the information war, although it is losing on the battlefield.

Although the Russian troops and the armies of the DPR and LPR operate with small forces against a much more numerous enemy; in general, military groups with a total strength of about 200,000 are taking part in the Russian operation. About 600,000 were on the side of the Kiev authorities at the start of the war, including the combined forces of the police, the National Guard, special services and territorial defense (paramilitaries). The end of February, saw the first wave of mobilization of Ukrainian reservists begin. The second wave started on March 15. Ukrainian men between the ages of 18 and 60 are banned from leaving the country, but many are trying to escape by illegally crossing the border. At checkpoints, male refugees are being given a summons to join the army. According to a new bill, adopted in March, Ukrainian men could face  up to five years imprisonment for leaving the country.

At the moment, according to the UN, the number of refugees from Ukraine amount to about 3.8 million people. Mostly these are women and children. About 6 million more have become internally displaced people—domestic migrants. Unlike Syrian and Afghan refugees, European countries are willingly accepting Ukrainian refugees and immediately give them benefits, refugee status, housing and free travel. In the Ukrainian media, such a loyal attitude is explained by the fact that Ukrainians are white.

The Russian army is using the tactics of encirclement and blockade of large cities. The Ukrainian army, which has lost almost all its aviation, does not release civilians from these cities, since without a human shield it could become an easy target. Civilians have to fight their way out, negotiating minefields en route. Many refugees have been killed while trying to leave the cities. The Ukrainian side has been demanding that the Russian military let them evacuate people without checks, but only on Kiev-controlled territory. For Ukraine, it is important not to save civilians, but to evacuate its military, including neo-Nazis, from the besieged cities. The fact is that the Russians check all men for the presence of neo-Nazi tattoos. At the end of March, Ukraine accused even the International Red Cross of helping the Russians to evacuate Ukraine’s civilians.

Ukraine’s vice-prime-minister Irina Vereshchuk said of the Red Cross, “Are such Red Crosses needed at all, which protect no one and nothing? Here’s the reality. Billions were invested in the Red Cross, but it turns out it was just a sham and imitation. There is no more trust in the Red Cross. I’m telling you this as a person and as a minister who worked with it from the first day of the war. I am sincerely disappointed with such toothlessness and such impotence of the Red Cross. This is no longer the Red, but the Black Cross – on international humanitarian law”.

In cities, Ukrainian artillery is mainly located in residential areas, actually hiding behind civilians. Ukrainian air defense systems also operate from residential areas. If they shoot down a missile heading to a military base, its fragments also usually fall on residential buildings. The mayor of one of the front-line cities – Nikolaev in southern Ukraine – was recently asked by residents to remove artillery from the city, but these calls to the Ukrainian army went unheeded.

In addition, since educational establishments in Ukraine has been closed, school buildings have been commandeered as bases for military and nationalist battalions.

Such tactics are leading to massive destruction, but this was on the advice of Western military instructors, as now, in fact, NATO is fighting its proxy war with the hands of Ukraine.

On the territory controlled by Kiev, the territorial defense detachments (paramilitaries) that have been formed have created checkpoints at all crossroads. Periodically, they come into direct conflict with the Ukrainian army and special services. The leading ranks in these territorial defense detachments were taken by former military and radical nationalists, who were given weapons. As the hostilities have shown, they are unable to inflict much damage on the regular army. However, across the country, they create huge traffic jams for columns of refugees, from whom they charge fees for the opportunity to travel outside the region. One of the most affected groups were the Roma people, since the territorial defense units are led by neo-Nazis and radical nationalists.

The police in Ukrainian cities do not actually operate, so the nationalist detachments have been carrying out lynchings of well-known opponents of the regime and members of the Roma community. Roma or other persons suspected of theft that are caught are being publicly tied to poles, and often beaten or publicly flogged. A particularly sadistic attitude they reveal towards Roma women and girls. In the Ukrainian police, such behaviour is even justified, arguing that the police are now unable to carry out their functions.

In March, President Zelensky also banned 12 political parties, all at once. Among them is one parliamentary party, the Opposition Platform, as well as parties such as the Left Opposition, the Socialists, and the Socialist Party. The parties of the left political spectrum in Ukraine were defeated back in 2014-2015. The Communist Party was then banned. Now the turn of the socialist parties has come. They have not functioned in recent years and there was no point in banning them, but it was important for the Office of the President to gain more support from ultra-right groups by fulfilling their wishes.

The reason for the ban of these twelve parties was their alleged cooperation with the Russians. Even though no evidence was presented, the decision was based on a secret report of the security service. March also saw the beginning of the kidnapping of opponents or critics of the Ukrainian authorities. A well-known Odessa journalist Yuri Tkachev, Kiev political scientists Yuri Taksyura and Mikhail Pogrebinsky were detained. The ultra-rightists kidnapped and beat half to death Alexander Matyushenko, a left-wing activist from the city of Dnipro. In general, according to preliminary estimates, about 600 well-known critics of the authorities have been kidnapped in Kyiv alone. These data are not accurate, but it is not possible to verify them during the hostilities and far-right terror.

Meanwhile, the Russian army continues with its daily missile strikes. The main goal has been arms depots, the bases of foreign mercenaries, hundreds of whom never got to where the hostilities were happening. Fuel depots have also come under fire. One of the goals of the Russian army has been the desire to deprive the Ukrainian army of mobility and the ability to transfer reinforcements.

A particularly difficult situation has developed in Mariupol, on the coast of the Sea of ​​Azov. The city was recaptured in 2014 from the army of Donetsk by neo-Nazi units from Azov, who then made it their main base. In March, DPR forces and Russian Chechen units storm the city, where about 15,000 Azov fighters and Ukrainian Armed Forces soldiers were trapped. Local residents who managed to escape from the city say that they were not allowed out of the city and were used as human shields. Azov snipers worked from the windows of residential apartments while civilians hid in basements without water or electricity for three to four weeks. At the moment, it is known that there were about 15,000 Ukrainian soldiers in the city and now only about 4,000 remained confined to the city’s industrial zone. Meanwhile, the Kyiv authorities and Western partners are doing everything possible to save not civilians but the remnants of Azov.

In early March the Ukrainian authorities daily reported their attempts at counteroffensives. But now all their ‘victories’ are mostly about the Russians’ failure to advance as quickly and as deep as they supposedly want to. Along Ukraine’s western border, daily deliveries of weapons from NATO countries are taking place, which suggests that plans to turn Ukraine into a new Syria or Afghanistan are in full swing. 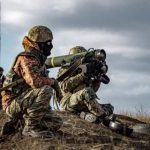 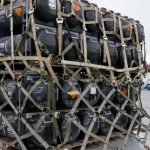