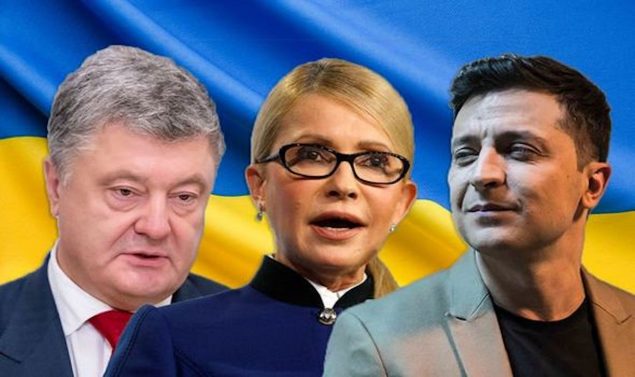 Tomorrow, Ukraine goes to the polls and this piece, written exclusively for the New Cold War website, is an overview of what’s been happening in the final days of campaigning leading up to the country’s elections.

March 2019 has been marked in Ukraine by the final lap of the presidential race and a number of scandals involving the race leaders. President Poroshenko has been accused by the TV-channel ‘1+1’ of murdering his own brother, while Poroshenko’s supporters accused his opponent, Yulia Tymoshenko, of poisoning her son-in-law, the British rock-musician, Sean Carr, who died in Prague in 2018. Although these accusations do seem to be rather suspect, for ordinary Ukrainians they reveal the merciless struggle for power between the Ukraine’s rich and powerful elites.

For voters, however, the choice is too limited: for the most part they have to choose between candidates who promote pro-NATO and neoliberal policies in Ukraine. In fact we are dealing with a kind of election of the ‘US governor general’ in the ‘Ukraine protectorate’. Some Ukrainians have been counting the days to the election, scheduled for March 31, hopeful of significant changes; however, there exists strong leverage to ensure the current course of Ukraine remains unchanged. And the main leverage is the enormous IMF debt. As some of our political experts used to jest: ‘IMF policies should not be chosen during presidential elections’.

Another leverage – one that dictates the continuation of the same policy – lies in the bank accounts of the main Ukrainian candidates, or their real masters. In fact, we are dealing with a struggle for power between the two richest Ukrainian oligarchs: the current president Petro Poroshenko and billionaire Vladimir Kolomoisky, the man who stands behind Yulia Tymoshenko and Vladimir Zelensky. Both of them control most of the Ukraine’s media but both of them are governable from the US. The US may start criminal proceedings against them at any moment and block their accounts, should they turn out to be ungovernable.

Predictable patterns of provocation for Poroshenko

However, as he is completely predictable, current president Poroshenko appears to be totally comfortable with the US; and his main task, one demanded from any Ukrainian president by the US, is to further provoke neighbouring Russia. The US warmongering think-tank Institute for the Study of War sees all political opponents to Poroshenko as ‘populists willing to offer concessions to the Kremlin or politicians openly favourable towards Russia’. They come to this conclusion because of a current leader of the presidential race, Vladimir Zelensky, promotes the idea of popular referenda on some crucial issues, including the war in Donbass and entering NATO. On the other hand another candidate, Yulia Tymoshenko, promises to lower gas prices and that may imply some concessions to Russia. Although the promises remain just that, the attitude toward them from the US reveals a definite opposition to popular referenda and potential economic steps to ease the enormous burden for the poorest Ukrainians.

Yet, as all the leaders of the presidential race will realize, they need the approval of the US rather than the sympathy of Ukrainian voters. Therefore, they rush to meet US officials to win this approval, as if they were colonial tribal chiefs of the 18th century. Some attempts by Ukrainian officials to please the US leaders have led to some rather unexpected moves. For instance, the Ukrainian chief prosecutor, Yuri Lutsenko, went so far as to intervene into the US conflict between the Republicans and Democrats, in order to support president D. Trump.

In an interview he gave to the US HillTv, Lutsenko officially stated that the US ambassador, Mari Jovanovic, who is associated with Democrats, had presented him with a list of ‘untouchable’ Ukrainian officials, i.e. those pro-US politicians in Ukraine who couldn’t be prosecuted whatever the case – a fact denied by the US embassy. The Ukrainian general prosecutor also mentioned that the US ambassador has protected the economic interests in Ukraine of Joe Biden, who had demanded to fire general prosecutor Viktor Shokin in 2016. The interests of this top-US official were in the Ukrainian gas sphere, as his son, Hunter Biden, was a Washington lobbyist and member of the supervisory board of Burisma Holding, one of Ukraine’s largest natural gas companies.

This scandal once again emphasizes that the US actually dictates the politics of Ukraine and decides the results of its elections.

On reviewing the presidential race, the Ukrainian opposition journalist Alexandra Kharchenko, claims that the “American establishment has stakes on a long-term confrontation with Russia, whatever Donald Trump thinks about it. Ukraine is one of the most important points in this confrontation because we have a long border with the Russian Federation and this fact may constantly create troubles for Moscow.”

Even hardcore anti-Russian nationalists realize the issue of dependency upon the US, although they do tend to think of it as a temporary phenomenon. Meanwhile, pro-government political scientists try to justify this dependency as ‘progressive’. Sometimes dependence on Europe and America offers the possibility that democratic reforms will be implemented, albeit slowly. Therefore, it is necessary to choose – either external dependence or freedom – and sometimes external dependence is better, for the sake of freedom, democracy and well-being. Independence is actually a sort of correctly formatted dependency”, saidUkrainian pro-government political analyst Vadim Karasev, during an interview on the Ukraine TV channel ‘Nash’. You can hardly invent a clearer example of manipulation with terms to justify the dependency on the US.

“We can’t decide the policy but we can joke about the election.”

Be that as it may, many Ukrainians realize that they cannot choose for a change in the country’s policy and are ready to boycott the elections. We also see an increasing number of those who are planning to vote for Vladimir Zelensky, merely because he is a comedian. This is also a kind of protest vote. As many voters are saying: “We can’t decide the policy but we can joke about the election.” Sociologists are also expressing their concern that an increasing number of people are refusing to answer questions during electoral polls. This is a direct result of far-right terror, as people do not want to be assaulted for giving the ‘wrong answer’.

However, as the Ukrainian saying goes: “It doesn’t matter how people vote; it matters how the authorities count them’. Scams for fraudulent elections entail traditional ‘voting’ by dead persons. Recently it turned out that even the assassinated Donbass rebels’ leaders, such as Alexander Zakharchenko or Mikhail Tolstykh (‘aka ‘Givi’), are still present on the Ukrainian voters’ lists and may ‘vote’. Since 2001 Ukraine has refused to carry out population censuses, not only because the results may be disagreeable to the authorities (showing a sharp decrease) but also because registered dead citizens would not be able to actively ‘vote’ from the afterlife.

A colonial predator never voluntarily releases its victim from its claws

The first round of the presidential election will be take place soon after this article is published and I am sure the results will not offer much hope for Ukrainians. Ukrainian revolutionary groups, including Borotba, and the Donbass rebels too, have refused to recognize its results in advance because of the numerous plots used to forge election results that are being used during the presidential race. They are calling for further struggles emphasizing that a colonial predator never voluntarily releases its victim from its claws. A recent poll in the Donetsk People’s Republic shows that its residents, for the most part, don’t care about the Ukrainian elections. Answering the question, ‘Whose victory in the Ukraine election may help to stop the war?’, 46.3% replied that the elections were farcical; while 35.5% confessed that they did not follow Ukrainian politics.

Unfortunately, we are able to predict that the presidential elections will neither bring an improvement for ordinary Ukrainians nor stop the civil war. Actually, Ukrainians (at least the majority) are deprived of the right to influence the country’s policy. If they are to reclaim this right, it will not be just a matter of just casting a vote into the ballot box. 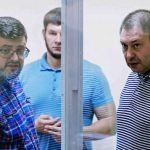 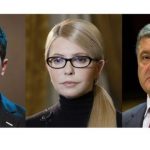