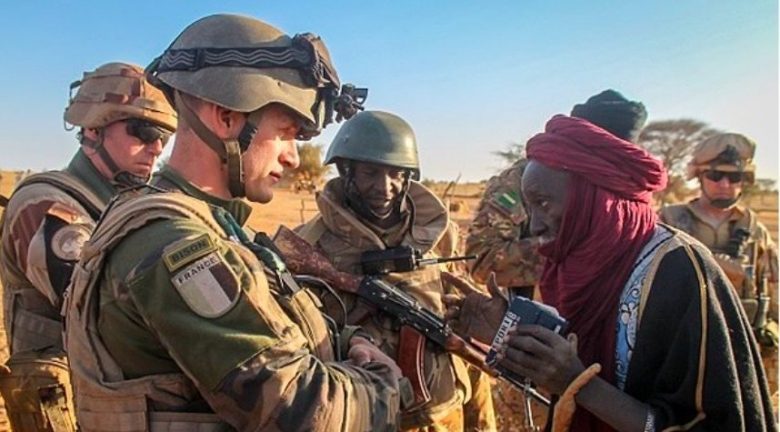 Colonel Assimi Goïta, who leads the military junta, said that the agreement with the French “brought neither peace, nor security, nor reconciliation” and that the population aspires “to stop the flow of Malian blood”.

On May 2, 2022, a statement was made by Mali’s military spokesperson Colonel Abdoulaye Maïga on the country’s national television, where he said that Mali was ending the defense accords it had with France, effectively making the presence of French troops in Mali illegal. The statement was written by the military leadership of the country, which has been in power since May 2021.

Colonel Maïga said that there were three reasons why Mali’s military had taken this dramatic decision. The first was that they were reacting to France’s “unilateral attitude,” reflected in the way France’s military operated in Mali and in the June 2021 decision by French President Emmanuel Macron to withdraw French forces from the country “without consulting Mali.” France’s military forces moved to nearby Niger thereafter and continued to fly French military planes over Malian airspace. These violations of Malian airspace “despite the establishment of a temporary no-fly zone by the Malian military authorities” constituted the second reason for the new declaration, according to the statement. Thirdly, Mali’s military had asked the French in December 2021 to revise the France-Mali Defense Cooperation treaty. Apparently, France’s answer to relatively minor revisions from Mali on April 29 displeased the military, which then issued its statement a few days later.

‘Neither peace, nor security, nor reconciliation’

Over the past few years, French forces in Mali have earned a reputation for ruthless use of aerial power that has resulted in countless civilian casualties. A dramatic incident took place on January 3, 2021, in the village of Bounti in the central Mopti region of Mali, not far from Burkina Faso. A French drone strike killed 19 civilians who were part of a wedding party. France’s Defense Minister Florence Parly said, “The French armed forces targeted a terrorist group, which had been formally identified as such.” However, an investigation by the United Nations mission in Mali (the United Nations Multidimensional Integrated Stabilization Mission in Mali, or MINUSMA) found that the French drone fired at a marriage celebration attended by about 100 people (which might have included five armed persons).

Two months later, on March 5, 2021, in the village of Talataye, east of Bounti, a French airstrike killed three teenage children and injured two others, who were all out hunting birds. The father of the three deceased children—Adamou Ag Hamadou, a shepherd, said that the children had taken their cattle to drink water and then had gone off to hunt birds with their two hunting rifles. “When I arrived at the scene of the airstrike,” Ag Hamadou remembered, “there were other people from this [hunting] camp. From 1 p.m. until 6 p.m., we were able to collect the pieces of their bodies that we buried.”

These are some of the most dramatic incidents. Others litter the debate over the French military intervention in Mali, but few of these stories make it beyond the country’s borders. There are several reasons for the global indifference to these civilian deaths, one of them being that these atrocities perpetrated by Western states during their interventions in Africa do not elicit outrage from the international press, and another is that the French have consistently denied even well-proven incidents of what should be considered war crimes.

For example, on June 8, 2019, French soldiers fired at a car in Razelma, outside Timbuktu, killing three civilians (one of them a young child). The French military made a bizarre statement about the killing. On the one hand, the French said that the killing was “unintentional.” But then, on the other hand, the French authorities said that the car was suspicious because the car did not stop despite warning shots being fired at it. Eyewitnesses said that the driver of the car was helping a family move to Agaghayassane and that they were not linked to any terrorist group. Ahmad Ag Handoune, who is a relative of those killed in this attack and who drove up to the site after the incident, said that the French soldiers “took gasoline and then poured it on the vehicle to set everything on fire so that nothing was identifiable.”

Protests against the French military presence have been taking place for over a year, and it is plausible to say that the May 2021 military coup, which installed the present military leadership of the country to power, was partly due to both the failure of the French intervention in Mali to bring about stability and its excesses. Colonel Assimi Goïta, who leads the military junta, said that the agreement with the French “brought neither peace, nor security, nor reconciliation” and that the population aspires “to stop the flow of Malian blood.”

On the day that the Malians said that the presence of French troops on their soil was illegal with the ending of the defense accords, United Nations Secretary-General António Guterres paid a visit to neighboring Niger. When France’s army withdrew from Mali, they relocated to Niger, whose president, Mohamed Bazoum, tweeted his welcome to these troops. Guterres, standing beside Bazoum, said that terrorism is “not just a regional or African issue, but one that threatens the whole world.”

No one denies the fact that the chaos in the Sahel region of Africa was deepened by the 2011 NATO war against Libya. Mali’s earlier challenges—including a decades-long Tuareg insurgency and conflicts between Fulani herders and Dogon farmers—were now convulsed by the entry of arms and men from Libya and Algeria. Three jihadi groups appeared in the country as if from nowhere—Al Qaeda in the Islamic Maghreb, Movement for the Unification of Jihad in the African West, and Ansar Dine. They used the older tensions to seize northern Mali in 2012 and declared the state of Azawad. French military intervention followed in January 2013.

Iyad Ag Ghali, a Tuareg leader from Kidal, fought in Libya and Mali. In the early 2000s, Ag Ghali set up the Alliance for Democracy and Change, which advocated for Tuareg rights. “Soft-spoken and reserved,” said a 2007 U.S. Embassy cable about him. “Ag Ghali showed nothing of the cold-blooded warrior persona created by the Malian press.” After a brief stint as a diplomat to Saudi Arabia, Ag Ghali returned to Mali, befriended Amadou Koufa, the leader of the Macina Liberation Front, and drifted into the world of Sahelian jihad. In a famous 2017 audio message, Amadou Koufa said, “The day that France started the war against us, no Fulani or anyone else was practicing jihad.” That kind of warfare was a product of NATO’s war on Libya and the arrival of Al Qaeda, and later ISIS, to seek local franchise with local grievances to nurture their ambitions.

Conflicts in Mali, as the former President Alpha Oumar Konaré said over a decade ago, are inflamed due to the suffocation of the country’s economy. Neither did the country receive any debt relief nor infrastructure support from the West or international organizations. This landlocked state of more than 20 million people imports 70% of its food, the prices for which have skyrocketed in recent weeks, and could further worsen food insecurity in Mali. Part of the instability of the post-NATO war has been the military coups in Mali, Guinea and Burkina Faso. Mali faces harsh sanctions from the Economic Community of West African States (ECOWAS), sanctions that will only deepen the crisis and provoke greater conflict north of Mali’s capital, Bamako.

Anti-French sentiment is not the whole story in Mali. What France and other global leaders need to recognize is that there are many larger questions at the root of the issues Malians face—questions around their livelihood and their dignity, which need to be answered to secure a better future for the country. 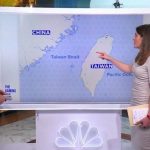 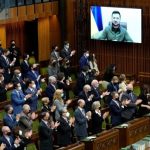