The new cease-fire agreement reached in Minsk between Ukraine, Russia and the militants Russia is backing in east Ukraine builds on two earlier deals that failed to stop the fighting. The agreement was signed Thursday by representatives of Ukraine, Russia, the rebels and the Organization for Security and Cooperation in Europe after all-night talks. The representatives met separately from the leaders of Russia, Ukraine, Germany and France, who released a separate statement supporting the deal. 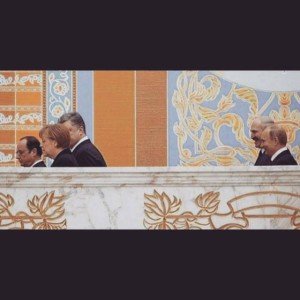 Here is a summary of the 13 main points of the new agreement (available in Russian on the Kremlin website):

The last cease-fire agreement that was reached in Minsk between Ukraine, Russia and the pro-Russian separatists from east Ukraine never really took hold. But all sides in the talks Wednesday say that deal, which was set down in two separate documents signed Sep. 5, 2014, and Sept. 19, 2014, must form the basis of any new agreement. 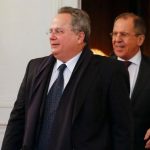 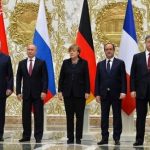