Mikhail Gorbachev was one of the 20th century’s iconic figures. While Ukraine’s decision to blacklist him for supporting Russia’s re-absorption of Crimea is ludicrous, Western media’s silence is odious, if depressingly predictable. 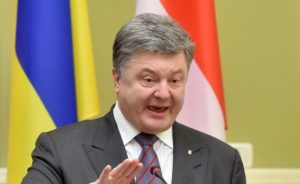 Ukraine’s embargo-happy regime has been outlawing all sorts of things of Russian origin. It has deprived its citizens of access to modern Russian cinema. It’s also blocked Russian media figures from visiting and canceled all flights between the two countries. The latter move particularly discommoded Ukrainians as Russian hubs are vital for air-transport links. Not to mention that millions of Ukrainians who live and work in Russia used those connections to visit home.

In Moscow, Ukraine’s obsession with sanctions has led to much amusement and head scratching. After all, the Russian economy is over 10 times larger, according to the IMF, so it’s roughly equivalent to Iran attempting to penalize the USA. In their desire to wholeheartedly support the US/EU backed government there, prominent Western analysts have practically ignored Kiev’s questionable judgment.

Thumbs down for Gorby

Ukraine’s carry on in this regard has been self-defeating and, frankly, demented. However, now they’ve finally gone totally cuckoo. They’ve banned Mikhail Gorbachev from entering the country. Yes indeed, Gorby himself.

Of course we know that Russians get a bad rap in the West. They are Hollywood’s stock bad guys and press and politicians constantly use fear of them to drum up paranoia. As long ago as the 1960’s, Bob Dylan was crooning that “I’ve learned to hate Russians/all through my whole life.”

Yet, there is one Russian that pretty much the entire western world believes to be a good guy. And that’s Gorby. The man, who brought down the Berlin Wall and became the last leader of the Soviet Union, or the “evil empire” as Ronald Reagan used to call it.

At the same time, Russians have a complicated relationship with Gorby. Many admire him for introducing freedoms and opening up the country. Others blame him for collapsing a great power. Some castigate Boris Yeltsin as the architect of Russia’s horrendous 1990’s experience, but a fair percentage remains furious with Gorbachev.

It boils down to winners and losers. For example, if capitalism has brought a Russian success, they tend to have a benign or positive view of Gorbachev. On the other hand, if they were a doctor or scientist or factory worker in the USSR, they can be expected to throw in a few expletives when mentioning his name.

Yet, for the past thirty years, Gorby could do no wrong in Western eyes. He won a Nobel Peace Prize, delivered lecture tours around the world and even starred in a Pizza Hut commercial.

When he turned 80, some of the world’s biggest stars attended a lavish birthday party in his honor at London’s Royal Albert Hall. They included Kevin Spacey, Bryan Ferry, Sharon Stone, Milla Jovavich, Arnold Schwarzenegger and Goldie Hawn. Even Mel C from the Spice Girls showed up.

In probably the ultimate celebrity endorsement, U2’s Bono described Gorbachev as “a great hero of ours” who “has been a friend of mine for 10 years.”

The silence of the sheep

Yet, last week when Ukraine banned Gorby, the Western media was totally silent.

The likes of the New York Times, the Guardian, the Daily Telegraph, BBC and the Washington Post completely ignored the story or just published brief Associated Press wires on their websites. BBC’s silence was especially notable because Britain’s state mouthpiece has extensively chronicled the last Soviet leader’s life and times. There’s a dedicated Gorby page in their history section and in 2013 he even sang for them.

You see, the Western media is in a difficult position here. For decades they have described Gorbachev as hero and living legend. A giant of the 20th century who helped remake the world in the manner they favored. But since 2014, they’ve also extensively promoted the Western-backed Ukrainian regime and whitewashed its failings. Furthermore, editors, hacks and commentators prefer to ignore the democratic will of Crimeans to reunite with Russia and instead simplify the episode as an “annexation.”

Thus, when their new saints banned their long-term angel they ran the risk of completely kiboshing the narrative. If these guys in Kiev are really so great why are they banning Gorby? He’s one of the good guys, isn’t he? He’s reasonable, unlike that bad Putin man who won’t do what we tell him.

The problem is that Gorby thinks Russia was correct to reabsorb Crimea in 2014. And he told the Sunday Times of London as much last weekend. For speaking his mind, the irreproachable ‘freedom fighters’ in Kiev decided to ban him.

Freedom is just another word?

Gorbachev is no fan of Vladimir Putin. He criticized him for staying on too long as president and admonished his government for being awash with “thieves and corrupt officials.” At the same time, he admitted that, placed in the same situation as Putin found himself two years ago, he’d also have returned Crimea to Russian control. “I’m always with the free will of the people and most in Crimea wanted to be reunited with Russia,” Gorby told the British newspaper.

He went on to chide America for creating the conditions for a “new Cold War.” Thinking back to the disastrous 90’s, Gorbachev reflected: “Under the table, the Americans were rubbing their hands with glee. They thought, ‘We’re victorious, we won the Cold War,’ instead of accepting the huge role we played in ending it,” he said. “They thought, ‘Now we’re the boss of the world.’ They weren’t genuinely interested in helping Russia develop into a stable and strong democracy.

They thought they’d cut Russia down to size. In the process, they’ve squandered the trust we’d built.”

That isn’t very far from Putin’s position. Also, the vast majority of Russians would probably agree that the US should have helped Russia financially in the 90s, rather than dancing on the Soviet grave. They’d also concur that NATO’s eastern expansion has been provocative and that they don’t want a “unipolar world” ruled by America. Gorby made all these arguments to the Sunday Times.

As a result, a public figure, who is much admired across the West, and one of the few people in the world who merits the description “living legend” has been banned from Ukraine for speaking his mind. However, the Western media, which is chock-a-block with op-eds praising “reforms,” “freedoms” and “democracy” in Ukraine, hasn’t even bothered to widely report the story. Meaning most people in Europe and North America are totally unaware that a state their governments are helping to bankroll is behaving in this manner. The whole thing stinks.

Gorby’s own reaction was succinct. “I don’t go there (to Ukraine) and I don’t want to go there,” he countered. Meanwhile, Crimean officials invited him to visit the peninsula.

Aside from the media’s myopia, there is the problem of Ukraine’s general attitude. Because the Poroshenko regime is continuously mollycoddled and praised, and its shortcomings frequently ignored, Kiev really seems to believe it can do whatever it wants. It can suppress the opposition, jail anti-war journalists and cover up massacres launched by Neo-Nazi groups knowing the foreign press will turn a blind eye. In the long term, this isn’t in Ukraine’s best interests. By ignoring Ukraine’s failings, the West is doing more harm than good.

Banning Gorby is confirmation of the insanity that’s become the new normal in Kiev. Welcome to Ukraine in 2016. A self-contained pit of rumor, fear, braggadocio and propaganda. A place that makes Weimar Germany look conventional.

Bryan MacDonald is an Irish journalist who lives in Russia. 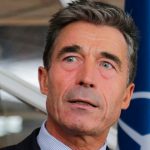 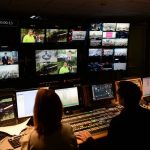