Lula: I won’t trade my dignity for my freedom 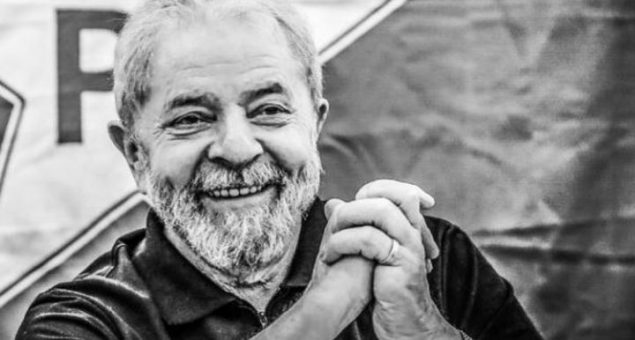 Shortly before former President Lula’s case was to be presented to the Supreme Court, the prosecutor Delton Dallagnol attempted to strike a deal,  whereby he would have been transferred to a semi-open prison; however, Lula’s letter, published on his website, makes his feelings very clear. 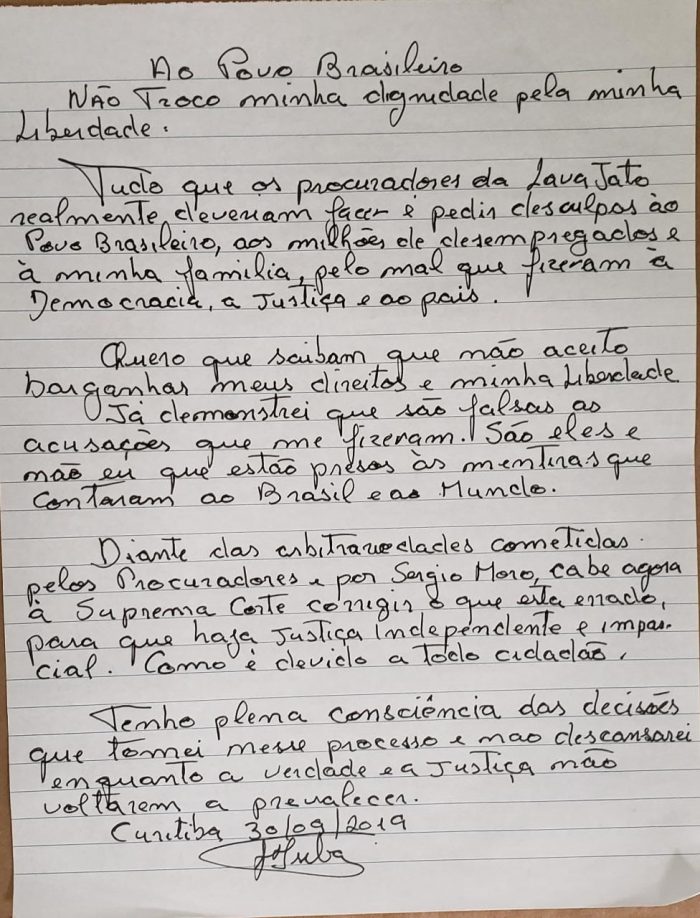 In a note read to the public today, Lula refuses the offer. “I won’t trade my dignity for freedom he says.” The letter reads as follows:

To the Brazilian people

I won’t trade my dignity for my freedom.

All the Car Wash Prosecutors should really do is to apologize to the Brazilian people, to the millions of unemployed people, and my family, for the harm they have done to democracy, to justice, and the country.

I want you to know that I won’t accept bargaining with my rights and my freedom.
I have demonstrated that the charges against me are false. They are the ones who are trapped in the lies they have told Brazil and the world, and not me.

Faced with the arbitrary acts committed by the Prosecutors and by Sergio Moro, it is up to the Supreme Court now to make amendments so that there be independent and impartial justice, as it is entitled to every citizen.

I am fully aware of the decisions I have made in this procedure and I won’t rest until truth and justice prevail again.