Lowkey on Afghanistan: “Good Riddance to the War on Terror” 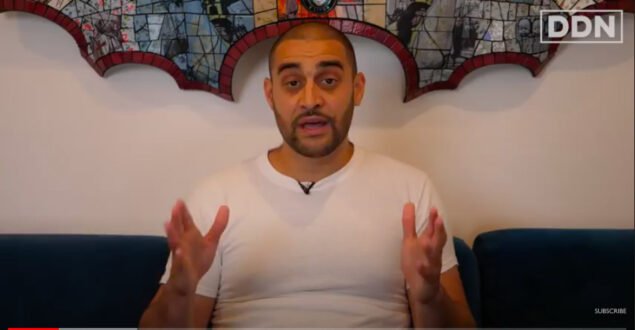 “It’s great that the world is concerned for human rights in Afghanistan, but where have you been for the last 20 years?”

Kareem Dennis (born 23 May 1986), better known by his stage name Lowkey, is a British rapper and activist from London. He first became known through a series of mixtapes he released before he was 18, before taking a hiatus from the music business.

Lowkey is a London-based, hip-hop artist, poet, political activist, and one of the most requested guest’s from the London Real audience. Born to an Iraqi mother and a British father, he began rapping at 12 years old and soon after, released mixtapes which gained critical acclaim for their politically charged lyrics and smooth flow. He would go on to play Glastonbury, be featured on the BBC, and become well known for his political activism. He then took a 4 year hiatus, completely removing himself from music, in order to focus on his education. In 2016, Lowkey returned to the scene by dropping tracks addressing the European refugee crisis with the song titled ‘Ahmed’, followed with songs such as ‘Children of Diaspora’, ‘Death of Neoliberalism’, ‘Lords of War, ‘Ghosts of Grenfell’ after the the Grenfell Tower fire tragedy in June 2017, that killed 71 people right across the street from his home in West London.

Bio with thanks from London Real