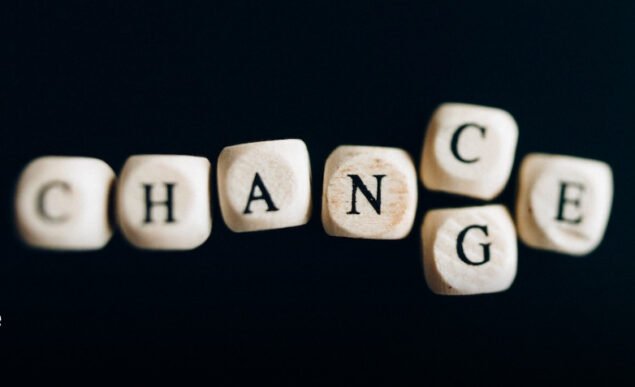 There’s a digital revolution in money on the way…A major new disruption to global monetary systems, perhaps the greatest yet, is moving in fast from left field. As little as a month ago there was barely a mention in the mainstream press, or elsewhere, of the remaking of national currencies as digital money – the global rise of Central Bank Digital Currencies (CBDCs).

A major new disruption to global monetary systems, perhaps the greatest yet, is moving in fast from left field. As little as a month ago there was barely a mention in the mainstream press, or elsewhere, of the remaking of national currencies as digital money – the global rise of Central Bank Digital Currencies (CBDCs).

More recently The Guardian headlined the Bank of England’s consultation on the digital pound “the biggest shift in the monetary system for 200 years” and the FT has asked if this will be “The end of privacy?”.

But is this rapid rise of national digital money – digital Yen, Dollars, Sterling Euros… good news or bad? And what’s behind the headlines?

According to the bank of international settlements (BIS), central banks globally are working together on this with almost 90% of them engaged in a plan to create a national digital currency of their own. Together (via BIS) and apart they are pumping out nothing-to-see-here messages: “we are not abandoning cash… it will just be a digital banknote”.

This could hardly be further from the truth. That became clear when Deputy Bank of England  Governor Sir Jon Cunliffe, who’s in charge of the digital pound project, spoke publicly about it for the first time. He cast it as a last chance to save “public money” from being overwhelmed by “private money” created by commercial banks.

This disruption is driving us all into uncharted waters just at a time when the world is reeling from the impact of a global pandemic.

Well-designed, public, digital cash could provide the central bank with a new and potentially highly-effective tool for monetary policy. The impact of changes in interest rates would be more direct on households and firms and not reliant on banks making loans. This contrasts with quantitative easing which has been criticised for pumping up asset prices and contributing to widening inequality.  A CBDC could also reduce rent extraction by the financial sector and enhance financial inclusion.

We don’t normally expect to see much innovation, let alone such systemic disruptions, coming from the world’s central banks – so this is unprecedented. So what’s driving this? And where is it taking us? What, and who, will determine this?

What’s certain is that, either good or bad, this disruption is driving us all into uncharted waters just at a time when the world is reeling from the impact of a global pandemic.

Most coverage is citing Libra (Facebook’s project – now renamed Diem) as inspiration. This is partly true, as it got the ball rolling, snagging some academic interest within central banks. But that was two years ago.

Elsewhere reports are citing the rise of cryptocurrencies more generally, for which the timing hardly fits – they’ve been growing since Bitcoin’s launch in 2009.

Advocates of the change lead on the potential to address financial exclusion. That is often mentioned by the central banks – who are clearly using a common public relations playbook – as is the need to “keep up” technologically.

But even the Bank of England’s stated rationale for urgency – to save “public money” in the face of an onslaught from “private money” (originated in commercial banks) – while important, has a hollow ring to it. And hardly explains why it is happening now.

The explanation is clear: China, after over six years of quiet innovation with artificial intelligence and blockchain, this year started to roll out what is increasingly looking like, not just a globally available e-Yuan, but also a global cloud computing system. This “Silk Cloud” will top  China’s increasingly powerful Belt & Road project – a global infrastructure initiative to invest in some 70 countries and international organisations launched by the Chinese government almost a decade ago.

The rollout of the digital yuan is accelerating. Exchange between e-yuan and the traditional yuan have been available in “trials,” each held in four to 11 regions in a little over a month – and digital yuan withdrawals are now available at more than 3,000 ATMs in Beijing alone.

So China is building a new global infrastructure capable of creating a new world order with  friction-free, modern, global trade routes that are free of geographical constraints. “National digital currencies could also trigger a reshuffling of the world’s most dominant currencies,” as the FT has put it.  This has sparked fears of a threat to the dollar’s “exorbitant privilege” as the world’s reserve currency, prompting talk of “a new cold war” among Washington analysts and a volte face from the Federal Reserve’s previous “nothing in it for us” position.

This offers the prospect of a sophisticated, but highly centralised and global, infrastructure available to all; truly uncharted waters. The FT reported a summary of what’s to come from Randall Kroszner from the University of Chicago’s Booth School of Business as:  “A digital currency revolution [could be] either a triumph of decentralisation and market forces or a triumph of centralisation and government monitoring.”

So while saying that, on one hand, this is just the beginning of a “long deliberative process”, and on the other, that they’ve spent years “exploring the potential benefits and risks,” it’s clear that the Federal Reserve, along with the rest of the world’s central banks, are in a hurry and in fear of what happens if they are left behind.

If national digital currencies become inevitable in the next four to five years (the timescale quoted for the digital euro by Christine Legarde) the design of those currencies will be crucial. Not least because it could further entrench the exorbitant privileges of the banks and elites or lead to a new era of a more equal and human-centred economy.

As things stand, bankers – central and commercial – will decide.

Our monetary system could be owned by and run, with all due privacy and transparency, for the good of the people.

However, for the first time in the history of civilisation, our monetary system could be owned by and run, with all due privacy and transparency, for the good of the people who together create its value and powers.

Head of Finance and Macroeconomics at UCL Institute for Innovation and Public Purpose, Josh Ryan-Collins, suggests that “public digital cash could be accompanied by the establishment of a public companywith the job of providing universally accessible digital cash accounts, and a specific remit to develop payment services to serve those whose needs are unmet by the banking system, including many on low incomes.”

This is a one-off opportunity to end our co-dependency on banks and to disentangle money creation from commercial banks so that it can be owned by the people and run for their benefit.

As Sir Jon Cunliffe pointed out, most people assume money is created by government for the public good, rather than by private banks for their own enrichment. It’s an opportunity to reclaim this crucial right that has been ceded over many decades to the banking sector with the disastrous results we’ve seen in the past decade.

Given the potential significance of decisions on a new system, whether under pressure from China or not, they shouldn’t be left to bankers – and surely require a democratic mandate. There needs to be a thorough public debate about the design and all its implications.

For those reasons, we at RemakingMoney.com, are mounting the first great debate on the remaking of money, together with our friends from the Transparency Taskforce.

As we enter uncharted waters there will undoubtedly be many challenges for us as citizens, and for business as well as legislators and policymakers. More so, as a reshaping of the monetary landscape continues to accelerate around the world.

We invite you to join a new navigation group to map, understand, and negotiate the remaking of money – and the challenges and opportunities ahead.

Barry James is a writer, civil campaigner and veteran technologist prominent in Fintech, Blockchain and Crowdfunding, and a thought leader in the fast-emerging field of CBDCs (Central Bank Digital Currencies).

Currency writing on Humane Economics and leading the Remaking of Money:Navigation project he has made contributions nationally and internationally also in innovation and financial regulation. Particularly the ideas behind the creation of the Financial Conduct Authority’s Innovation Unit – since copied by regulators around the world.
Currently also writing a regular column on the global move to national digital money systems (¥ $ £ €…), and its impact on Geo-Politics, for The Fintech Times.
Editors’ Note: While we don’t necessarily share the views we publish on New Cold War, we do attempt to provide readers with a range of views. This is because your right to make your own mind up depends on your being fully informed.
Share
Tweet
Share
Pin