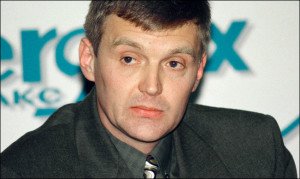 A British public inquiry into the death of Aleksandr Litvinenko, who died from radioactive poisoning in 2006, has accused senior Russian officials of “probably” having motives to approve the murder.

The chairman of the inquiry, Sir Robert Owen, said President Vladimir Putin “probably” approved the operation to assassinate Litvinenko – an outspoken critic of the Kremlin and associate of exiled Russian billionaire Boris Berezovsky.

Sir Robert added that Litvinenko’s cooperation with the British intelligence services may have been a factor. The report claimed the killing was the work of the Russian Federal Security Service (FSB) and said its head, Nikolay Patrushev, shared responsibility.

“Taking full account of all the evidence and analysis available to me, I find that the FSB operation to kill Litvinenko was probably approved by Mr Patrushev and also by President Putin,” Sir Robert said.

The report stresses that its conclusions are based on many witness opinions that “would not be admissible as evidence” and that in his report Sir Robert was not bound by strict procedural rules that apply to court hearings.

Litvinenko’s death in London after being poisoned with rare radioactive isotope Polonium-210 sparked a major crisis in British-Russian relations, as many public figures in the West alleged that the Russian government was involved.

Until his death Litvinenko, a former Russian intelligence officer, had for years been an outspoken critic of the Kremlin, accusing it of various crimes.

The Russian Foreign Ministry dismissed the inquiry report, blaming London for politicizing the “purely criminal” case of Litvinenko’s death. The inquiry was “neither transparent nor public” and resembles a “shadow play” because it was “conducted mostly behind doors, with classified documents and unnamed witnesses contributing to the result,” Foreign Ministry spokesperson Marina Zakharova told journalists.

She also rejected the accusations of obstructing the inquiry, saying that Russian law enforcement participated in an earlier coroner investigation, which was transparent, unlike Sir Robert’s inquiry.

Zakharova added that two key witnesses in the case – Litvinenko’s patron Berezovsky and the owner of the restaurant where Litvinenko is presumed to have been poisoned – both died under dubious circumstances.

The public inquiry into the case was launched in January 2015. The case cannot face a formal trial in Britain as the main suspects are not in the UK.

Russian officials, as well as the two men suspected in Britain of killing Litvinenko – Andrey Lugovoy and Dmitry Kovtun – have always denied the accusations.

Commenting on the publication of the report, Lugovoy reiterated his innocence and called the allegations against him “absurd.”

“It happened as we expected it, no sensation here. The result of the inquiry voiced today just confirms the anti-Russian stance of London, the bias and lack of determination to establish the true cause of Litvinenko’s death,” he told Interfax news agency.

He added that by classifying in 2013 several documents which could have become key evidence in the investigation, Britain effectively brought the enquiry to a halt.

Kovtun said the report relied on undisclosed evidence, which may have been fabricated and which cannot be challenged publicly.

Prior to the publication of the report, Kremlin spokesman Dmitry Peskov said the inquiry was “outside of the scope of our interest,” adding that “as soon as some materials see the light of day and are published, we will study them.” 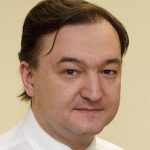 The Magnitsky case – A trial at last?Russia 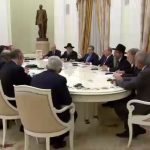