Translated for Defending History by Ludmila Makedonskaya (Grodno) from the original Russian text published in Obzor, where the title translates as “Seventieth Anniversary of Auschwitz Liberation is Not an Occasion for Political Posturing.”

[Officials in Poland who are responsible for the 70th anniversary commemoration on Jan. 27, 2015 of the liberation of the Aushwitz concentration camp from Nazi Germany have scandalously declined to extend a formal invitation to the Russian government to attend.—New Cold War.org editors] 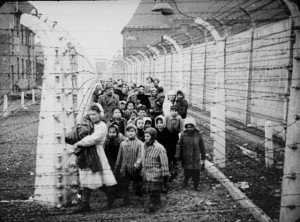 The seventieth anniversary of the liberation of Auschwitz is one more opportunity to remember and to honor the victims of Nazism. I am deeply convinced that the place of death of almost one and a half million people, most of whom were my fellow Jews, must not be turned into a springboard for political squabbles. I am writing these words as a man who miraculously survived the Holocaust, which took away my grandparents, as well as twenty-eight other members of our family. I know that most of them were murdered in Ponár (Paneriai). But it is also possible that some of them could have been sent to Auschwitz.

I want to make it very clear: I am not a supporter of Putin. But I was struck by the news that “The Jewish community of the Czech Republic opposed the decision of President Milos Zeman to invite his Russian counterpart Vladimir Putin to the event marking the seventieth anniversary of the liberation of Auschwitz [on 27 January 2015].” One shouldn’t live by the principle “the end justifies the means.” I would mention just one thing: in the struggle against Communism: “During the Cold War US intelligence services used thousands of Nazis.” When I first came across that quotation as the title of an article, I thought it was just another package of Putin’s propaganda. Nothing of the kind, it was published in the New York Times.

I am a citizen of democratic Lithuania. This gives me the right not only to have, but also openly to express an opinion different from the official opinion.

Auschwitz was liberated by the Red Army. My father was a private in that army from December 1941 until the last day of the war. He was wounded in combat three times while fighting on the front lines. I adduce here photocopies of two documents, miraculously preserved in my family’s archives. My father died in 1992. But if he were still alive today and learned that the country whose forces liberated Auschwitz will not participate in the commemorative events in 2015, I think he would be offended.

“Putin must be invited to Auschwitz.” That is the title of a recent article by Efraim Zuroff, who is called “the last Nazi hunter.” Another recent publication is called “Boris Nemtsov: We cannot celebrate the liberation of Auschwitz without Putin”. Nemtsov can hardly be suspected of backing Putin. I agree with Zuroff. I agree with Nemtsov.

I am firmly convinced that the eternal memory of the perished millions must not be used in the current political quarrels. 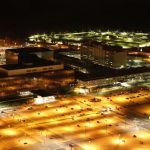