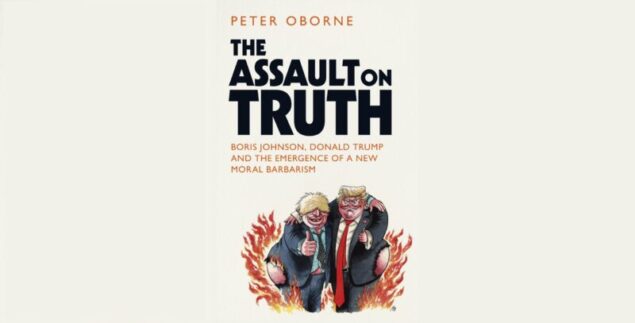 In a conversation with Sweta Choudhury, Peter Oborne discusses the reasons that prompted him to write his latest book, The Assault on Truth.

By Peter Oborne and Sweta Choudhury

In your previous book, The Rise of Political Lying, you catalogued the distortions of the Blair era. Your new book The Assault on Truth provides a detailed account of Boris Johnson’s political chicanery. So what is different about Johnson and Trump’s methodology of deceit in comparison to that of Blair and Bush?

With Johnson and indeed Trump, it’s different and in a way more frightening because the traditional conservative philosophers tended to stress the importance of truth telling, rule of law, due process, etc. And that is because they are less convinced of the possibility of the great schemes of improvement. They believe that they can only affect small things.

What is really alarming about Johnson and Trump’s lying and also contempt for due process and attack on great institutions even is it that it comes from the right and not the left. And that means it is entirely divorced from any kind of morality. This is not to defend Blair’s lying. Some of Blairs’ advisors had been members of the Communist Party that sought a much higher truth than what it saw as the bourgeoisie’s concern about accuracy. Although Blair himself was certainly not a communist, his methodology was influenced by some elements of communist methodology – that the end justified the means. Indeed his great deception about the weapons of mass destruction was the gravest crime of the 21st century, but nevertheless it’s important to understand the difference between Blair, Johnson and Trump.

The ongoing war in Yemen is an example of the hypocrisy that is at the heart of Johnson’s foreign policy. Why do we give aid to Yemen with one hand while selling arms worth billions of pounds to the Saudis who are bombing innocent civilians? Why do we then criticise human rights but ignore the human rights abuses of Saudis? We’d like to hear your view.

The answer to this question is a very shameful one. The British Foreign Office has a habitual practice of criticising human rights abuses only of countries, which are deemed to be adversaries of the British state. That means we don’t really care about human rights, we simply weaponize them as a method of isolating countries we don’t approve of.

The most grotesque example of this at present is Yemen. There is an abundance of evidence that the Saudi government has committed terrible atrocities for which it needs to be made accountable. But rather than censoring the Saudi government, Britain has used its position in the Security Council to protect them. And given that Yemen is the gravest and worst humanitarian calamity of this century according to the UN, I think it is a terrible moment in British history.

In your new book, you mention that members of the 21st-century ‘political class’ are an isolated breed of professional politicians who are merely interested in maintaining the status quo and making money; that the voice of the common man is lost to the political elites. The latest Police Crime bill is an example of this. How do you think we can challenge this excessive centralisation of power in political decision-making? And do you think the role of grassroots organisations like Stop the War is ever more important now?

There are all kinds of definitions of what it means to be British. There is an attempt by the current government to appropriate those definitions. One of the great glories of Britain is that we have allowed mass demonstrations. There is a magnificent tradition of dissenting and radical voices, which we can trace back to the civil war in the 17th century, John Wilks in the 18th century, the Chartists in the 19th century, the suffragettes in the 20th century and many others. And that is something we can all feel, even conservatives like me, real pride in.

The most important modern embodiment of that long dissenting tradition was Jeremy Corbyn. He was, as we know, a major figure in the anti-apartheid movement and friends with all kinds of unpopular causes. What I feel is that we are now seeing an attempt to destroy and make impossible the very noble British tradition of radical dissent.

If you look at the history of propaganda, fear-mongering, strategic cover-ups, nationalist myths, etc. are made to look like legitimate tools of statecraft. How can we spot them when we are being exposed to war propaganda in this digital age where fake news and misinformation entrap us?

We as human beings have a moral obligation to pursue truth and justice. All of us have our own areas of knowledge, expertise and spheres of life and within those spheres of life we can do our best to make the world a better place. But we also need to work collectively to expose and challenge falsehood and injustice, and I believe the Stop the War Coalition and other grassroots organisations are doing just this. Unfortunately, one of the troubling things about modern political discourse is that the main political parties seem to be detached from the moral problems of our age.

You have exposed the true extent of lies perpetrated by Johnson and his predecessors. Why do you think he is not held accountable and why are his lies unchallenged by the British media?

A quaint idea, which seems to no longer apply, is that newspaper journalists and reporters have a role to play in exposing the falsehoods uttered by the powerful – holding power to account. With certain noteworthy exceptions, the British media class has abandoned that role. It cherishes access and has often become part of the official machinery of deception.

Too much of the media now seems to want to see the reporting of great political matters as a simple question of taking sides, rather than giving a fair balance of what is really going on.

Let’s take Corbyn as an example. Imagine if Corbyn had won the election and was in power. Imagine if he was handling the pandemic like Johnson’s government. Imagine that he was lying and making misleading statements to parliament on a regular basis. Imagine if a large number of Labour donors had been handed valuable government contracts. Imagine if Corbyn was regularly breaching the ministerial code. Imagine if he got rid of his ethics advisors in number 10. Imagine that he had put a Labour Party donor as the next chairman of the BBC. The papers would be absolutely up in arms. Everyday there would be a fresh banner headline about the hypocrisy and the corruption and the deceit and the incompetence of Jeremy Corbyn. Instead we have a media, which tends turns a blind eye to all of these very alarming failings on the part of Boris Johnson. It hardly gets reported at all.

I believe it is time, therefore, to end the convention applied to the British media, which is that papers don’t criticise themselves and each other. We have to make a conceptual leap. We have to understand that the British media class is an instrument of power and should be treated as such rather than a fourth estate holding power to account.

In one of your interviews, you said that the British media in the 90s was pathetically sycophantic to New Labour. In light of the smear campaign against Jeremy Corbyn, the same British media vilified a thoroughly decent and honest politician while they were protecting Johnson and his allies. If the media takes sides, then who will speak truth to power? And do you think media reform should be a democratic priority?

We all know what the duty of the press is. I am a journalist and all journalists are brought up to believe that journalism is about telling the truth and exposing injustice. I think there is a great deal of evidence now that the mainstream newspapers do the exact opposite. In other words, they tell lies and promote injustice.

I think that we have to consider abandoning the traditional notion that the media is independent of power. Instead we have to start wondering whether it is actually an instrument of power and privilege and that means we must reform the media. I recently saw a figure that 90% newspapers readers read just three newspaper groups and billionaires control some of them. We need much more pluralism of media ownership. I am speaking from a conservative political tradition, which should support a multitude of political voices. But even from a conservative position it’s easy to see that the current situation is wrong.

The Assault on Truth – Boris Johnson, Donald Trump and the Emergence of a New Moral Barbarism is out now. 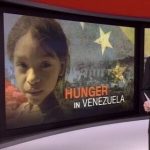 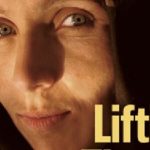