An LGBT festival in the Ukrainian city of Lviv had to be abandoned when the venue was surrounded by about 200 members of far-right groups shouting “Kill, kill, kill” on Saturday, March 19. 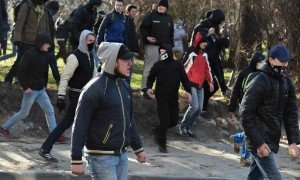 The event, on the theme of equality, was the first of three regional offshoots of a Kiev festival first held in December, said Olena Shevchenko of the NGO ‘Insight’, one of the organisers of the event. The programme included film screenings, literary discussions and public events.

The planning had been fraught with difficulties as neither the police nor the authorities of the city, a major tourist centre in western Ukraine, gave their blessing to the festival. Venues then began pulling out, saying they would only allow the events if the mayor of the city gave his approval, otherwise they could not guarantee safety.

“Then, the hotel we had booked for people coming from outside Lviv told us we could not stay there,” said Shevchenko. “When we arrived, the administrator told us the city authorities had told them we were perverts, they had Googled us and said people like us should burn in hell.”

On Friday evening, a court hearing was heard in which it was decided in a late-night ruling that all public events should be banned for the weekend. Shevchenko said dozens of far-right young people, some in masks, attended the court hearing and intimidated her.

Matters came to a head on Saturday, when far-right groups surrounded the new hotel where about 70 participants in the equality festival had gathered. Around 200 people gathered outside, and when activists called the police, only one police car arrived, an hour later, Shevchenko said. Eventually the LGBT activists were evacuated by bus, as the onlooking far-right members shouted “kill, kill, kill”.

MP Mustafa Nayyem, one of the initiators of the Maidan revolution of 2014 that ousted president Viktor Yanukovych, wrote on Facebook that he was disappointed with the official response to the incident.

“The authorities should always react when people’s rights are infringed upon. It doesn’t matter whose rights it is – LGBT people, the opposition, patriots, migrants, women, the elderly or children. The silence of the Lviv authorities and response to these events differs little to the indifference of the authorities under Yanukovych.”

Maxim Eristavi, one of the co-founders of independent Hromadske TV and an LGBT advocate, said the huge public controversy has been encouraging. “On the one hand, it’s a very dangerous precedent when it seems like the authorities are encouraging the violent rhetoric of elements of civil society. On the other hand, there have been so many statements of support from officials and ministers, which is something that would have been unthinkable two years ago.”

However, when the mayor of Lviv, Andriy Sadovy, finally broke his silence on Sunday, he appeared to blame the LGBT group and the far-right members in equal measure. “Yesterday’s events in Lviv are a result of a carefully planned provocation. Participants from both sides were conscious or unconscious parts of the whole picture,” he wrote on Facebook. 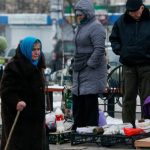 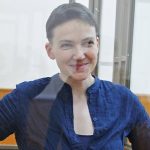