By Solidarity with the Antifascist Resistance in Ukraine, September 7, 2015

The Solidarity with Antifascist Resistance in Ukraine campaign has sent the following letter to Labour leadership candidates asking them about their views. We will publish any responses that we receive. 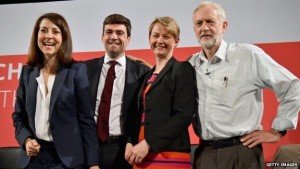 I would like to commend you for taking the initiative to stand for election as leader/deputy leader of the Labour Party. I am writing on behalf of SARU (Solidarity with the Antifascist Resistance in Ukraine) to ask how you would tackle a crucial issue affecting the future economic and geopolitical stability of Europe and its relations with Russia.

SARU was formed following the murder of over 40 civilians at the House of Trade Unions in Odessa on May 2nd 2014. This tragic event occurred in the wake of the overthrow of Ukraine’s elected president, Victor Yanukovich, an event which is widely believed to have occurred with Western, predominantly U.S., support.

In the south and east of Ukraine, many Russian speakers feared their language would lose its status and incursions by far-right organisations. Faced with a political revolt in these regions, instead of seeking a negotiated resolution, President Poroshenko declared these rebels were “terrorists” and launched an all-out conventional war, using armour, heavy guns and modern aircraft to bombard civilian areas, inflicting many civilian casualties.

Under Poroshenko, the far-right militias (some of which have recently been integrated into the country’s police and defence forces) have become a major force, and widespread human rights abuses have taken place including the arrests, beatings, torture and disappearances of trade unionists, socialists, communists, journalists and other opponents of his administration. Earlier this year, the Communist Party of Ukraine, a major force in Ukrainian politics and a staunch opponent of the current government, was banned from contesting elections.

An estimated minimum of 6000 individuals have been killed in Ukraine’s civil conflict and the Office of the UN High Commissioner for Refugees further estimates there are around a million internally displaced persons within the country whilst hundreds of thousands more Ukrainians have fled abroad to escape either the civil war or internal repression.

NATO troops recently conducted military exercises on Ukrainian territory. British soldiers have also been sent to train Ukraine’s military forces who are involved in conducting a vicious civil war and have been implicated in human right abuses. SARU opposes Western governments’ backing for the Poroshenko administration, attacks on democratic rights and British troops training Ukraine’s military forces. Support for SARU is growing within the labour and trade union movement and the Rail, Maritime and Transport Union has affiliated with the campaign.

We are keen to hear how you see Britain’s role in restoring peace and democracy to Ukraine, the role of NATO in the conflict, and, if elected as leader /deputy leader of the Labour Party, what you would do to help solve the civil war and internal repression in Ukraine. 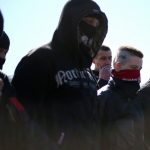 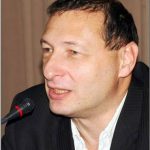