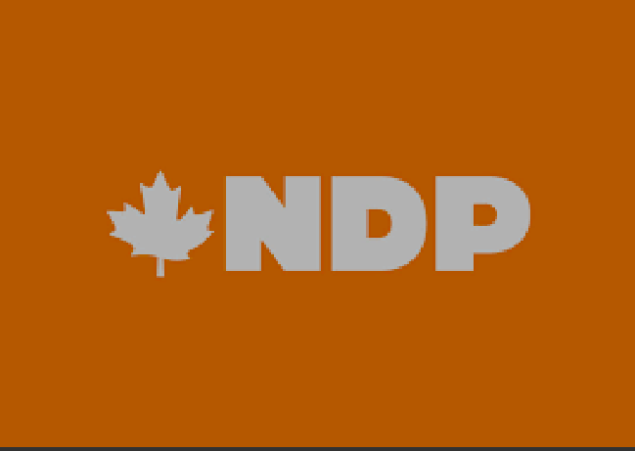 Do you understand just how racist and colonial the NDP’s foreign policy seems to many? The party’s apparent racism is on display in its response to widely covered issues such as China and those largely ignored like Haiti.

Do you understand just how racist and colonial the NDP’s foreign policy seems to many?

The party’s apparent racism is on display in its response to widely covered issues such as China and those largely ignored like Haiti.

During the federal election campaign in October Jagmeet Singh said Canada should seek to join AUKUS, the Australia, US and UK nuclear-powered submarine initiative that’s designed to ramp up conflict with Beijing. The NDP has supported the Five Eyes diplomatic boycott of the upcoming Beijing Olympics and push to ban Huawei from 5G networks. The NDP explicitly supports Canada’s participation in the Five Eyes intelligence-sharing arrangement, which oozes of white supremacy. In “The settlercolonial origins of the Five Eyes alliance” John Price recently detailed the alliance’s roots in stunting post-World War II decolonization: “The UK and its settler colonial offspring—the US, Canada, Australia, and New Zealand—were to use their economic and cultural power, derived from Indigenous dispossession, global slavery, white supremacy, and racial capital, to establish Pax Americana …. This was the alliance that spawned the Five Eyes spy network in 1948.”

While there have been positive steps regarding Canada’s role in Palestinian dispossession, the NDP continues to make nice with those lobbying for what Human Rights Watch, B’Tselem, Desmond Tutu and many Palestinians have called apartheid. Despite a 2018 public letter signed by former NDP MPs and activists calling on the party to withdraw from the Canada-Israel Interparliamentary Group, MP Randall Garrison remains vice-chair of that group. NDP National Director Anne McGrath recently spoke to CJPAC activists, which trains young people to lobby for apartheid. Thepresident of the Windsor-Tecumseh Federal NDP riding association, Noah Tepperman, is on the National Advisory Board of CJPAC. Regularly lauded in NDP circles, Tepperman is long time director of the Jewish National Fund (JNF) Windsor, which employs explicitly racist land-use policies. According to the parent organization, “the loyalty of JNF is given to the Jewish people and only to them is the JNF obligated.”

In another indication of your party’s comfort with a white-dominated world the NDP supports the Liberal plan to spend tens of billions of dollars on buying 88 new cutting-edge fighter jets. As I argue here, these warplanes are likely to be used to bomb Black and brown people and expand Canada’s capacity to defy the wishes of the African Union, non-aligned movement or other largely Black and brown nation alliances.

The NDP supports Canada’s most openly racist and colonial alliance. In response to a Canadian Foreign Policy Institute election questionnaire asking, “Does your party support ‘greater’, ‘same’, ‘less’ or ‘no’ focus on Haiti Core Group”? The NDP answered “same”. It was further confirmed by Victoria MP Laurel Collins who recently responded to a constituent’s criticism of the NDP position on Haiti by writing, “The Haiti Core Group, involving Canadian diplomats, called for the creation of a ‘consensual and inclusive government’ which as you may know has seen increased violence and instability.”

The Core Group is a coalition of largely white foreign representatives (US, Canada, France, Spain, Germany, Brazil, UN and OAS) that periodically releases collective statements on Haitian affairs. They also meet among themselves and with Haitian officials. CBC recently published a damning article on Canada’s role in the Core Group headlined “Haitian commission sends message to Canada, U.S. — stop meddling in our government”. It quoted Haitian-born McGill sociologist Frederic Boisrond saying, “over the past years what we’ve seen is Canada, the U.S. and France really taking control of the country, of the political agenda in the country.” The story also quoted Haitian activist Monique Clescacomplaining that the Core Group selected the leader of the country through a Tweet! “On July 17, the Core Group statement ‘strongly encouraged’ [Ariel] Henry ‘to form a government.’ [Then de facto prime minister Claude] Joseph threw in the towel 48 hours later. ‘A tweet put Ariel Henry in power,’ said Clesca.” (For a look at Canadian racism in Haiti check out Jemima Pierre, El Jones and Jean Saint-Vil’s recent discussion on Anti-Blackness in Canadian foreign policy. What is the Haiti Core Group?)

I believe many in the party oppose racism and colonialism. I also understand that the NDP’s foreign policy is a legacy of our British Empire, then American Empire past, a history that exerts a powerful pull on the present. But it is time to discard the colonial relics rooted in the Anglosphere and adopt a foreign policy that reflects multicultural Canada.