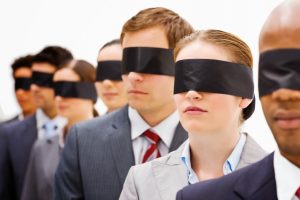 Western media examAining the situation in Ukraine and Crimea

Bloomberg News has provided an example of the fantasy reporting which dominates Western media over the military conflict in the Donbass region of eastern Ukraine. In a report published on August 18, Bloomberg ‘disappears’ the two year-plus military offensive by Ukraine and its allied, extremist paramilitaries against the people of eastern Ukraine.

The news agency goes on to ‘change the subject’ by publishing preposterous speculation that Russia may be preparing to invade Ukraine. It leads its news story in a deadpan style that journalism schools could study as an example of how to ‘turn the tables’ in a news report:

Ukraine’s president warned of a possible invasion by Russia, further fraying nerves that have been on edge since his Russian counterpart Vladimir Putin accused his neighbor last week of engaging in “terror” tactics in Crimea.

The situation in eastern Ukraine is deteriorating and the military may consider imposing a draft if hostilities worsen, President Petro Poroshenko said Thursday. Three soldiers were killed overnight in the worst spate of shelling in a year by Russian-backed separatists in the nation’s easternmost regions, according to the Ukrainian armed forces.

“The probability of escalation of the conflict remains very significant,” Poroshenko said in a televised speech. “We don’t rule out a full-scale Russian invasion.”

‘Ukrainian invasion, shellings and attacks against the people of Donbass since April 2014? Ongoing violations by Ukraine of the Minsk-2 ceasefire agreement. Where? When? Nonsense, let’s talk about Russia.’

Bloomberg provides a ‘Quicktake‘ background item in its article which purports to address the foiled sabotage effort against Crimea by Ukrainian extremists with official Ukrainian military backing on August 6, 2016. The item argues, “Russia says that Ukraine deployed agents to destabilize the Black Sea peninsula and that two Russian servicemen were killed in shootouts. Ukraine denies the accusations and says Russia may be fabricating them as a pretext for military action.

“The lack of witnesses and the absence of media on the scene make it hard to corroborate such claims.”

‘Absence of media on the scene’! Bloomberg and the rest of Western media join the sanctions and embargo against Crimea by refusing to assign reporting teams to the region which could provide real news. They choose instead to serve as propaganda relay services for the press service of the Ukrainian government’s ‘Anti-Terrorist Operation’. Then they explain that they can’t report the news from Crimea… because they have no reporters there! Is this a script by former Comedy Network host Jon Stewart? No wonder the satirical Stewart and his program successor are so popular among young people in the United States and worldwide.

Newsweek Europe adds its own comical take on news from Crimea, Western style, in an August 20 screed titled ‘Putin steps back from the brink of war in Ukraine’. Complete with a photo of a Russian navy corvette firing a round from a deck gun. The article could well borrow the title of the 1966 film by Norman Jewison, The Russians Are Coming, The Russians Are Coming. Except Jewison’s hilarious film was conceived as a satire, whereas the Newsweek writer would think it a documentary.

The false accusations by Western media and governments of a Russian “annexation/invasion/takeover/aggression” against Crimea in March 2014 is a propaganda centrepiece of the economic and military drive of the U.S.-led NATO military alliance to weaken and isolate Russia. And unlike Bloomberg News reporting, this is no joke. The United States has reportedly moved to an air base in Romania in recent days its stockpile of fifty nuclear weapons at the U.S.’ Incirclik air base in Turkey to Romania.

Last year, the NATO-member government in Romania invited the United States to open a missile base aimed against Russia. Poland is building a similar station for the U.S., soon to open. Both missile stations house the ‘Aegis’ missile system designed and built by U.S. corporation Lockheed Martin, one of the largest entities in the imperialist world’s military-industrial complex.

What self-respecting national government invites a foreign military power to occupy its territory? Only quisling governments or governments facing a genuine threat do so. Guess which category Romania and Poland occupy. 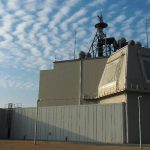