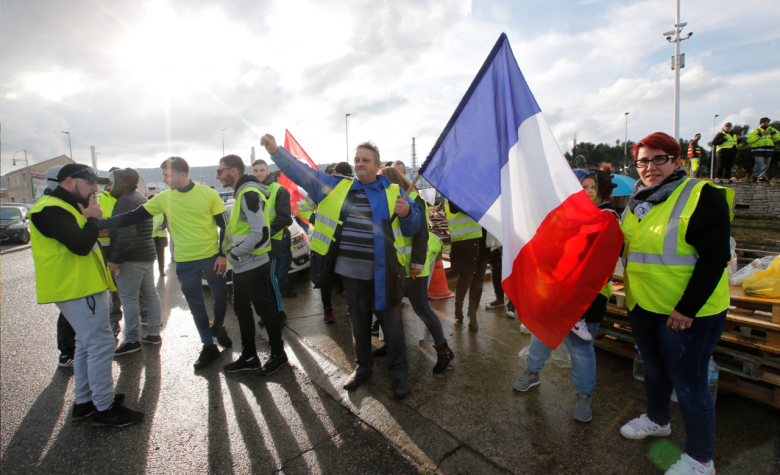 The media has for the most part failed to explain that the Gilets Jaunes protests are about much more than the cost of fuel. Here is the list of The People’s Guidelines together with an English outline translation.

Members of France, we share with you the People’s Guidelines to enable you to translate them into LAW.

– National plan for the insulation of buildings

– Wages and pensions to be indexed to inflation

– Llmit the use of short-term contracts by large employers

– End the politics of austerity

– treat the causes of forced migration

– Unsuccessful asylum applicants to be returned to their country of origin

– Genuine integration of newly settled people (including certificated courses in the French language, history and civics)

– Job creation for the unemployed

– Consistent payment to the judiciary, army, police and gendarmerie (including pay for extra hours worked)

– All the money taken in road tolls to be used for the upkeep of roads and motorways, and for road safety

– Return to public ownership of gas and electricity, and consequent lowering of prices

– Promote the well-being of elderly people (stop their financial exploitation)

– Maximum class size of 25 in all schools

– Retirement at 60 for all, and for those who do heavy physical work the right to retire at 55

– Prioritize the transport of goods by rail

– No taxation at source (which is being introduced January 2019)

– End taxation of businesses when a customer pays by credit card

This is not an exhaustive list and would be added to via the People’s Referendum process.