On April 22, the leader of the Union of Left Forces (Союз Лівих Сил) of Ukraine, Vasyl Volga, was attacked in Zaporizhia, southern Ukraine by ‘activists’ – extreme nationalists – of the Azov Battalion and Syla Natsii (Force of the Nation). Volga and his colleagues came to Zaporizhia to present the program of their party which fights for the cessation of war in Ukraine, the restoration of peace and integration of Donbass back into Ukraine. 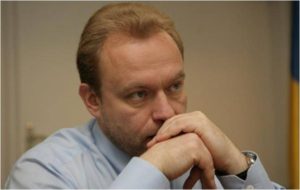 Vasyl Volga, a leader of Ukraine’s Union of Left Forces

Volga and his colleagues were heading to a building in Zaporizhia to hold a press-conference. In an interview with Channel 112 television after the attack, Volga told the 112 journalist that he tried to talk to his attackers but they replied that Ukraine needs war and that they do not want politicians like Volga. One of these thugs attacked Volga from behind. Volga and his colleagues were able to escape thanks to Zaporizhia local police.

Prior to the interview with Volga, Channel 112 broadcast a report on the attack. Anatoliy Shariy, a Ukrainian journalist in exile, analyzed this report and noted how the 112 host journalist called the attack on Volga an “incident”. She said that 112 is trying to find out if the attack truly took place. As she pronounced her words, a background video clearly showed the attack.
Further in the report, the 112 host says, “We want to find out whether the activists (far-right thugs, that is) will file a complaint against Volga for defamation.” She ponders whether the attack is, in fact, a manifestation of democracy.

Ukrainian democracy indeed. People who do not agree with the current Kyiv regime are being intimidated into silence – jailed, attacked physically or, like journalist Oleh Buzyna, killed. Freedom of opinion is crushed. Vasyl Volga said that the puppeteers of the far-right extremists who attacked him in Zaporizhia want to discredit him by labeling him a “separatist”. These puppeteers are making huge profits by sending young Ukrainians to war.

The Union of Left Forces led by Vasyl Volga was founded in 2008. The party advocates a neutral status for Ukraine, the restoration of close ties with Russia and the creation of a common space of security and cooperation which would include Russia and the European Union (from the Atlantic Ocean to the Kuril Islands in the Pacific.

In domestic policy, the party defends the idea of the socialization of the economy; the decentralization of political power into a “soft” federalization which would grant regions of Ukraine autonomy in defining  cultural policy; the introduction of Russian as a second official language of  Ukraine; and implementation of the European Charter of regional and minority languages.

The Union of Left Forces is one of the courageous voices in Ukraine fighting the nationalistic oligarchic regime that has driven the country into an economic abyss and a fratricidal civil war. 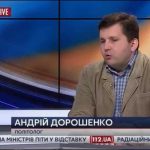 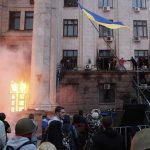