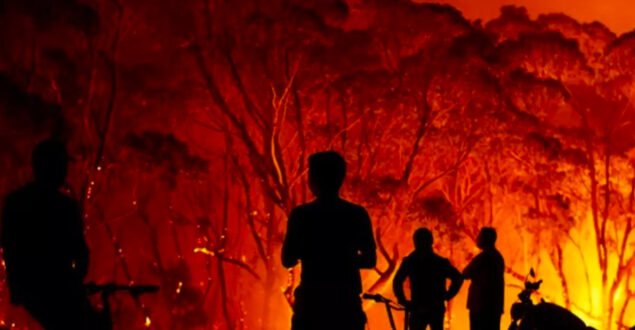 “They are using every opportunity to protect their corporate interests and continue with business as usual while the planet burns.”

Just ahead of a key United Nations climate summit, a major leak of documents reveals that some fossil fuel-producing nations are encouraging authors of an upcoming U.N. report to omit an assessment that the world must transition away from oil, gas, and coal to tackle the planetary emergency.

“This is an insight into how a small group of coal, oil, and meat producing countries continue to put the profits of a few polluting industries before science and our planet’s future.”

“This is an insight into how a small group of coal, oil, and meat producing countries continue to put the profits of a few polluting industries before science and our planet’s future,” Greenpeace International executive director Jennifer Morgan said in a statement Thursday.

“Rather than phasing out fossil fuels and unsustainable meat production,” she said, “they are using every opportunity to protect their corporate interests and continue with business as usual while the planet burns.”

The comments in question, including from Brazil, Saudi Arabia, and Australia as well as the Organization of Petroleum Exporting Countries (OPEC), were in response to a draft report from the Intergovernmental Panel on Climate Change’s (IPCC) Working Group 3.

The group’s contribution to the IPCC’s Sixth Assessment Report is to be released next year.

The batch of tens of thousands of comments was leaked to Greenpeace U.K.’s Unearthed, which also shared the documents with BBC News.

🚨LEAK🚨 So, the #COP26 hasn't even started and some countries are already lobbying to play down the strategy to move away from fossil fuels.

Our house is on fire and Governments keep adding fuel into it ❌🛢️#KeepItInTheGroundhttps://t.co/U3qHdo0Bwx

“IPCC authors can and do reject suggested changes to their drafts if the comments are not supported by the scientific literature,” reported Unearthed. “However, the leak of these comments offers a unique insight into the positions being adopted by some nations away from the public eye.”

The documents show that a small group of nations opposed to ambition action is instead pushing carbon capture and storage (CCS) and carbon capture utilization and storage (CCUS) technologies—both of which critics say are dangerous false solutions pushed by industries looking for ways to continue their profit-making. From Unearthed:

Australia; Saudi Arabia; Iran, the Organization of the Petroleum Exporting Countries (OPEC); and Japan all make variations of this argument, despite the fact that, according to the Global CCS Institute, there is currently only one power station in operation in the world that successfully captures some of its carbon emissions.

A comment from a Saudi official also called for omission of a phrase that a “focus of decarbonization efforts in the energy systems sector needs to be on rapidly shifting to zero-carbon sources and actively phasing out all fossil fuels.”

OPEC called for a similar omission, seeking to delete: “More efforts are required to actively phase out all fossil fuels in the energy sector, rather than relying on fuel switching alone.”

One omission Brazil sought was for a declaration that “plant-based diets can reduce GHG emissions by up to 50% compared to the average emission intensive Western diet.” An Argentinian official, meanwhile, found “dozens of other places in the report where he wants the authors to delete or water-down statements about the impact of meat on climate change.”

Australia also sought a number of notable changes. From Unearthed:

In another comment, the government official suggests Australia be deleted from a list of the world’s major producers and consumers of coal—despite Australia being the fifth largest coal producer in the world between 2018-21—on the grounds that it does not consume as much coal as other countries.

Elsewhere, Australia asks the IPCC to delete analysis explaining how lobbying by fossil fuel companies has weakened action on climate change in Australia and the U.S.

The revelations come on the heels of the United Nations-backed reportwarning that “the world’s governments plan to produce more than twice the amount of fossil fuels in 2030 than would be consistent with limiting warming to 1.5°C.” They also follow a World Health Organization report declaring that “the burning of fossil fuels is killing us.”

The climate crisis is set to take center stage in Glasgow starting Oct. 31 for the U.N. summit known as COP 26.

“As the global spotlight moves to Glasgow,” Greenpeace’s Morgan said in her statement, “other world leaders should be aware of how far these governments will go to sabotage our chances of keeping 1.5 degrees in sight.”

“The key test for world leaders is whether or not they agree to rapidly phase out fossil fuels, as the science warrants,” she said. “History will not be kind to them if they fail—and we will be watching.”

Andrea Germanos is a senior editor and staff writer at Common Dreams. 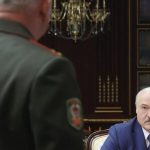 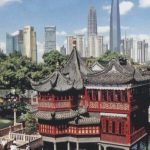