Latvia is home to more than 2 million people including around 320,000 non-citizens

MOSCOW–Alexander Gaponenko, the head of the Latvian non-citizens’ public organization, the Parliament of Unrepresented,  said today he has asked Russia’s lower house of parliament to provide the organization with judicial support. 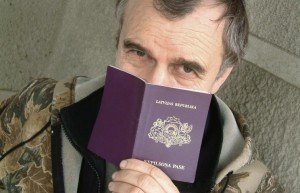 The Parliament of Unrepresented was established in Latvia by a human rights movement, the Congress of non-citizens, following the 2013 elections as a body representing the interests of mostly Russian-speaking population in the judicial, political and economic spheres of the republic.

One of the movement’s activists, Elizaveta Krivtsova, said earlier in an interview with TASS “our main goal is that the institute of mass non-citizenship in Latvia should be eliminated by any legal means.”

One of the first steps of the Parliament of Unrepresented was to send a request to the UN leadership on the assistance in regulating the problems of mass non-citizenship in Latvia.

Latvia is home to more than 2 million people including around 320,000 non-citizens. Since the breakup of the Soviet Union in 1991, these citizens were deprived of the majority of political, social and economic rights. Latvia’s parliament continues rejecting the attempts of the Russian-speaking opposition to change the situation over non-citizenship.

RIGA–Latvia, which presides in the European Union Council in the first six months of 2015, want to build normal good-neighbourly relations with Russia, Latvian Prime Minister Laimdota Straujuma said on Tuesday. “We are a presiding country, which needs to maintain dialogue with Russia on behalf of Europe,” she said in an interview with the Latvian television.

“I would hate to say that now (over Latvia’s presidency in the Council of the European Union – TASS) we expect possible provocations from Russia. We expect to have normal neighbourly relations with Russia.

Foreign Minister Edgars Rinkevics this week will go to Moscow to meet with the Russian foreign minister and members of the Russian-Latvian intergovernmental commission to discuss economic issues. I think it is important for Europe and for the entire world to have good-neighbourly relations and avoid conflicts,” she said.

When asked whether Latvian President Andris Berzins should attend celebrations of the 70th anniversary of the victory in WWII on May 9 in Moscow, Straujuma said this issue required a consolidated position of the entire European Union. “Everything will depend on the relations with Russia. Tomorrow, I will meet with the president and we will discuss this matter. But it is up to the president to take the final decision. Of course, we should take into account the general situation. Probably, the European Union will be represented there,” she said.

“No decisions are to be expected this week. This is not the most central issue among the variety of problems we are to solve, starting from the situation in Ukraine, Greece, and so on,” Rinkevics said. “At a meeting of the European Union’s council foreign affairs on January 19, I will tell my colleagues that it would be wise to have a more consolidated position on such matters.”

Along with that, the Latvian foreign minister said he thought the refusal of some heads of state to attend the VE-day celebrations in Moscow on May 9 was “rather sad, since such issues have symbolic meaning in the context of both recent and historic events.”

At the end of 2014, President of neighbouring Lithuania Dalia Grybauskaite said she was not planning to attend the festivities on the occasion of the 70th anniversary of the victory in WWII in Moscow. Estonia’s President Toomas Hendrik Ilves voiced a similar position last week.

Background:
Russians in the Baltic states, in Wikipedia

Lithuania to adopt euro amidst concerns about emigration, Dec. 31, 2014 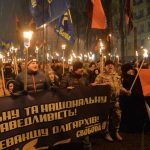 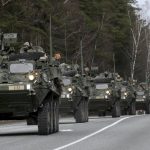