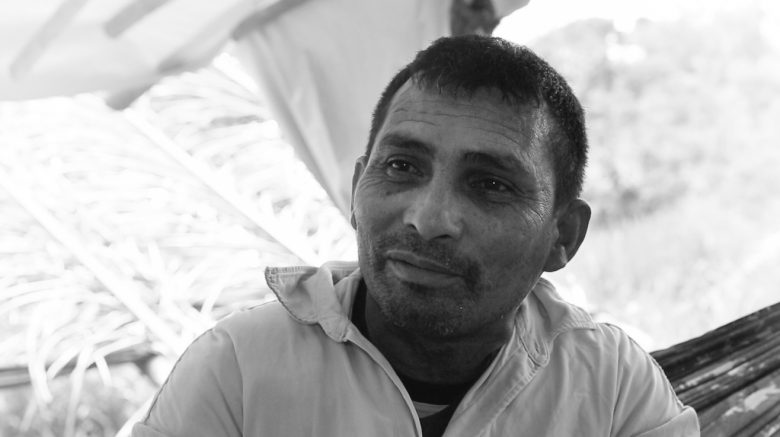 MST leader Aluisio Sampaio has become another casualty in a mounting wave of violence currently sweeping Brazil. Some analysts are linking his murder and the increase in violence to the strong showing on October 7 by presidential candidate Jair Bolsonaro.

By Sue Branford and Maurício Torres

They can kill me at any moment, but they are going to regret it forever because, after I’m dead, others will take my place.” – Alenquer

Two suspects have been arrested in relation to land theft and Alenquer’s killing, according to Thiago Mendes Sousa, Castelo de Sonhos superintendent of civil police. The superintendent also reported that the civil and military police carried out a joint operation, travelling to the Mutum-aca ranch to arrest Julio Cesar, known as Julia da Guara, the man allegedly behind the assassination. Police were met by bullets and returned fire, killing a ranch employee. Julio Cesar was not found. According to the superintendent, the police have issued two arrest warrants for members of a criminal gang who “invaded land and killed good people.” The raid’s aim, he said, was “to put an end to these crimes and stop the land grabbing that is occurring along the BR-163.” The murder investigation is on going.

We first met Alenquer in 2004, and interviewed him again in late 2016 for a Mongabay story investigating reports of violence erupting around the towns of Castelo de Sonhos and Novo Progresso as Brazil’s economic frontier reached that Amazon region. Land prices are skyrocketing there as land grabbers take over tracts of rainforest, deforest the land, and sell it at a hefty profit to ranchers. It was the most violent region we visited on our Tapajós basin reporting trip, with land grabbers doing major environmental damage; the area has one of the highest deforestation rates in the Amazon.

When we spoke to Alenquer the second time, he was wearing a bullet-proof vest he had received after registering in a government protection program. But there was little he could do to save himself from this last fatal attack: he received eight bullets to the head.

Alenquer’s job was to help landless peasant families occupy, and remain on, plots of land beside the BR-163 highway – an area officially set aside by the federal government for the purpose of carrying out agrarian reform, but often also claimed by land grabbers.

In 2016, he accompanied us on a visit to one of the peasant settlements he had helped set up. The families living in this small community – called KM Mil due to its location near the Thousand Kilometer marker on the BR-163 – knew they were at risk of violence. But they were hopeful of clinging to their land plots, which they saw as the only route out of extreme poverty.

By this time, Alenquer was regularly receiving death threats and felt that he could be killed at any moment. He told us that Agamenon Menezes, president of the Sindicato dos Produtores Rurais de Novo Progresso (Novo Progresso Rural Producers’ Trade Union), and Neri Prazeres, the former mayor of Novo Progresso, wanted to kill him. To Mongabay’s knowledge, neither has so far been implicated in the murder.

Alenquer also said that he wasn’t afraid and would carry on with his work.

They can kill me at any moment, but they are going to regret it forever because, after I’m dead, others will take my place,” he stated.

We later interviewed Agamenon Menezes. He neither confirmed nor denied making threats, but spoke frankly about how he used hired militias to get peasant families off land that he claimed they were “invading.” He told us:

A day after our visit, a group of six armed men invaded the KM Mil settlement, telling the settlers that they needed to vacate the land. No one was hurt, but the peasants feared that the armed men would return and escalate the violence.

Alenquer seized the initiative and in January 2017 published a YouTube interview in which he accused Menezes and Prazeres of wanting to kill him. The maneuver seemed to work then, because the struggle over land rights shifted away from direct confrontation in the disputed KM Mil area, and into the courts.

However, threats against Alenquer continued. And last Thursday he became another casualty in a mounting wave of violence sweeping Brazil since the very strong showing on 7 October by Jair Bolsonaro, an extreme right-wing presidential candidate. Bolsonaro is known to have publicly praised military policemen for killing 19 landless peasants in 1996. Most political analysts see him as likely to emerge victorious in the Brazilian runoff presidential election scheduled for 28 October.

If he wins, many fear that violence in the Amazon, an already turbulent region, will rise. Bolsonaro has long called for much tougher measures to combat what he sees as rural unrest. In November 2017 he said:

It isn’t possible to combat violence with doves and white flags,” and called on Congress to legalize the use of powerful weapons by landowners.

Judging by the candidate’s past statements, it would seem that landless peasants may have a lot to lose from a Bolsonaro victory but, even so, some are voting for him. Feeling they’ve been let down by successive governments, and desperate for a plot of land, some peasant families in Castelo de Sonhos say they believe that, if Bolsonaro wins, they’ll be allowed to illegally occupy land in national forests and other protected areas, one of the few areas they see as not having been entirely taken over by land grabbers.