DONETSK, Ukraine—At Ten-Eleven restaurant in this separatist-held eastern city, customers can settle their bills in Russian rubles after washing down a meal with Russian beer that has bumped Ukrainian brews off the menu.

The owner said it is a practical, not political, choice made after Ukraine’s government in June tightened restrictions on goods entering areas controlled by Russian-backed militants. “We have to make a living,” said Boris Bit-Gevorgizov, 57 years old. “Ukraine is pushing us away.”

The preponderance of Russian currency and products in rebel-held areas is deepening separation from the rest of Ukraine and muddying the prospects for a European-brokered peace plan.

The February cease-fire has damped, but not ended, fighting that has cost more than 6,000 lives. It also was supposed to reintegrate the two self-proclaimed republics into Ukraine. But political progress has stalled amid disagreement over how much autonomy they would receive.

Meanwhile, Ukraine has gradually squeezed flows of money, people and goods in and out of those areas since last fall, saying it needs to prevent the spread of rebel fighters, weapons and potentially counterfeit currency.

“Kiev won’t support and subsidize murderers and gunmen, help bandits to keep afloat,” President Petro Poroshenko told Parliament in June. He said full economic ties would be restored once Kiev regains control of the border with Russia from the separatists, as foreseen by the peace deal.

Officials in Kiev say Ukrainians in rebel-held areas should be persuaded that their future is with Ukraine, not in a separatist gray zone. Ukrainians can receive pensions by crossing into Ukraine-controlled territory, they say, and the government is planning logistics centers at checkpoints, including stores selling food and medication and ATMs to disburse cash.

Still, the areas are drifting ever further from Kiev as businesses strengthen ties to the east. Russian goods dominate in central Donetsk food stores: juice from the Kuban region just over the border, water from Nalchik in Russia’s North Caucasus and beer from a town on the Volga River advertised as “from the heart of Russia.”

Rubles make up more than half of the currency in circulation, according to businessmen and rebel officials. Separatist leaders in March declared rubles and dollars legal tender, as the closure of banks meant hryvnias were running low. In many stores and restaurants, prices are displayed in both currencies, and change is given in rubles even when the customer pays in hryvnias.

To be sure, many changes are largely cosmetic. New license plates for the so-called Donetsk People’s Republic can be registered for the equivalent of $15, but most drivers have kept Ukrainian ones. A few display loyalty to the separatist regime by sticking its red, black and blue flag over Ukraine’s colors on the plate.

Mr. Bit-Gevorgizov, who also owns real estate and a logistics firm, said rebels have restored a semblance of order compared with last summer, when armed groups stole expensive cars, including his, and some business owners disappeared amid demands for cash.

Pyotr Savchenko, a separatist lawmaker and rebel commander, called the DPR “our not-quite-state.”

The consolidation of fighters into a regular army has been patchy, with only one in three getting paid, said Mr. Savchenko. Officials say there are no plans to issue passports.

With no fully functioning banking system, businessmen drive to Russia to make purchases with bags of cash, often taking several colleagues as Russian customs allows each person to carry only $10,000. The drive to Rostov-on-Don, the nearest large Russian city, is dangerous because of armed gangs who know about the supply runs, Mr. Bit-Gevorgizov said.

Those businesses that are still functioning have adopted different survival strategies.

Some large enterprises have re-registered outside rebel-held areas and continue to pay taxes to Kiev to avoid legal complications that could endanger their business. Separatist leaders quietly acquiesce to that, needing them to keep paying their workers to prevent an economic and social collapse.

Ukrainian officials say most of the tax revenue from the region still comes from firms in rebel-held areas.

Some companies are paying taxes to Kiev and making cash payments to separatists, disguising them in their ledgers to avoid trouble. Others are just paying taxes to the rebel powers-that-be.

Vladimir Trubchanin, chief executive of Yasynuvata Machine Building Plant near Donetsk, said he began paying taxes to separatists at the start of the year after shelling from Ukrainian forces destroyed a quarter of his factory and killed a driver who was delivering bread to workers. “I don’t want to pay taxes to a country that bombs me,” he said.

Mr. Trubchanin used to sell 30% of the large digging equipment his plant produces in Ukraine. But, with the de facto border closed, he said he would have to sell locally and in Russia. “It isn’t because we don’t want to, but because they don’t want us to,” he said, referring to Ukraine’s government. “It isn’t politics, but business.”

Sitting on the terrace of his largely empty restaurant, Mr. Bit-Gevorgizov, whose surname comes from Assyrian ancestors, showed photographs of his warehouse in a Donetsk suburb that was destroyed by shelling. He said he had put his businesses in a holding pattern and is spending his time resting and reading philosophy, although he keeps Ten-Eleven running out of loyalty to staff and in the hope things will improve.

Kiev says the blockade is needed to contain the separatists, but locals say the system is rife with corruption.

Goods from Russia often work out cheaper than ones brought through Ukrainian checkpoints with the help of a bribe, Mr. Bit-Gevorgizov said.

Still, Ten-Eleven, which serves homey fare such as fried chicken and potatoes, buys some foodstuff from the city market that come from villages under Ukrainian control and are sold at a hefty markup.

Read also:
Sanctions have failed. ‘Buy Russian’ is working, by Gilbert Doctorow, in Russia Insider, July 31, 2015
Western sanctions may result in the resurrection of a food super-power which competes with the EU on global export markets

Exposing the racism at the heart of MaidanBackground, Ukraine 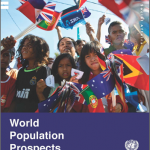