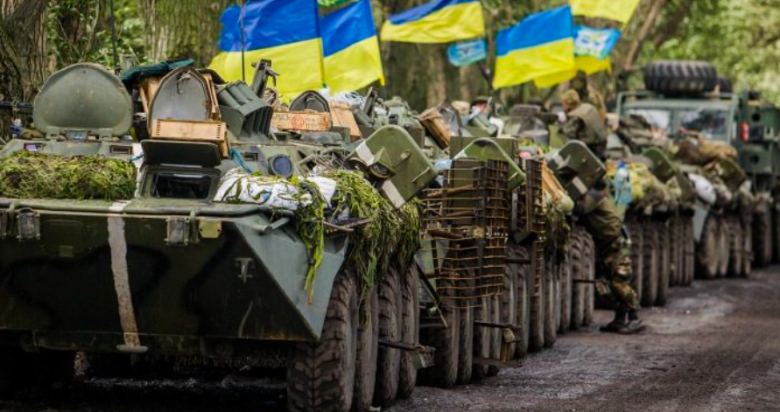 On March 9 the Russian government released a new intelligence document containing information about an alleged Ukrainian plan to launch a series of deadly attacks against the Russian-speaking population in the Donbass. The existence of such a plan completely changes the entire narrative about recent events in Ukraine.

In this spirit, we are publishing this article, which sheds light on a potentially new aspect of the conflict that has not been touched upon to the best of our knowledge in the western mainstream media.

On March 9 the Russian government released a new intelligence document containing information about an alleged Ukrainian plan to launch a series of deadly attacks against the Russian-speaking population in the Donbass. The existence of such a plan completely changes the entire narrative about recent events in Ukraine, as it shows how timely the Russian action was, preventing a new massacre on its western border.

According to the latest report from the Russian Ministry of Defense, the Ukrainian forces were preparing to launch a new offensive against the people of the Donbass in March. It is believed that if the Russian operation had not taken place, nothing would stop Kiev from following through with its war plans and perpetrating a true ethnic extermination in that region. The statement is supported by a wide range of secret Ukrainian documents collected by Russian intelligence, which belie any claim by Kiev that there was no project to seize Lugansk and Donetsk.

It should be remembered that, amidst the tensions of the last few months, the Ukrainian Ministry of Defense had said in early February that the government was not interested in launching any new offensive in the Donbass. At the time Kiev disguised its secret war plans with public speeches in favor of diplomacy and bilateral dialogue with the republics. Shortly thereafter, as we know, Kiev broke its promise, and the Ukrainian bombings intensified, motivating the Russian reaction – first recognizing the sovereignty of the republics and then initiating the Special Operation. Now it is possible to see that the beginning of the Ukrainian attacks in February was just part of a “final solution” plan against Donetsk and Lugansk, as confirmed by the classified documents captured by the Russians.

The documents contain very precise information about the attacks that were about to happen. There are specific instructions for all activities that should take place and a deadline is even set for completion of the operation, scheduled for February 28th. In practice, this means that if the start of the Russian mission in Ukraine had been delayed by just four days, Kiev would have annexed Donetsk and Lugansk by force, certainly leaving thousands of dead in a brutal campaign of extermination.

A curious point is that the Ukrainian documents name the plan as “Operation of Ukrainian Joint Forces in Donbas”. “Joint forces” refers to the coalition of official armed forces and ultranationalist paramilitary militias under the Kiev’s National Guard. As expected, neo-Nazi groups would continue to be a central part of a violent plan against the Russian-speaking population, which explains the need to, in addition to demilitarizing, “denazify” Ukraine, as successively repeated by the Russian government in order to justify the operation.

It is unlikely that the West will change its stance on the conflict in Ukraine, but, in fact, the existence of these data should be reason enough for sanctions against Russia to be ended. There was a Ukrainian plan to consummate a “final solution” against the republics of Donetsk and Lugansk and Moscow’s special operation served precisely to neutralize an offensive that would likely result in several crimes against human rights. If, before these documents, there was a great debate about the legality of Russian action in Ukraine – since the West does not recognize Donetsk and Lugansk as countries capable of requesting peace interventions – now there is no reason to question the conformity of Russian attitude with the international law: there was a plan of violent annexation and extermination and Russia prevented it using its military force.

Obviously, however, most international institutions, which tend towards pro-Western ideological values, will not comment on the documents revealed by Moscow, and will continue to act as if the conflict in Ukraine were a situation of “Russian aggression”. Interesting to note how in the early 2000s the US invaded Iraq with a brutal military offensive and overthrew the local government claiming the existence of “weapons of mass destruction” that were never found – and there was no sanction on Washington.

Compared to the current case, when, with evidence of a “final solution” plan and an eight-year history of genocide, Russia intervenes and refuses to overthrow the Ukrainian government, still being victimized by international sanctions, we can see how the world has become accustomed to seeing as “normal” any crime committed by Washington and “illegal” any military incursion by other powers.

This tendency to “normalize” Western crimes and “criminalize” the actions of any non-aligned power is the result of a pro-US global culture, which emerged with the end of the Cold War, when Washington achieved a status of world hegemonic power. This scenario, however, is coming to an end. Now, other world powers are willing to take actions to defend their interests and it will be up to Washington to accept the reality of the birth of a multipolar world.

Kiev developed an official “final solution” plan to the Donbass because it was certain that Russia would not react. This time, however, the Ukrainians were wrong, as the situation reached an unacceptable level and Russia needed to act both to prevent the genocide of its people and to stop the advance of the West in its strategic environment.

Lucas Leiroz is a researcher in Social Sciences at the Rural Federal University of Rio de Janeiro; geopolitical consultant. 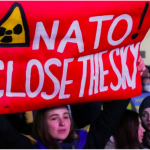 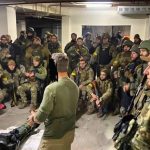