Amid spiraling crime rates, the residents of Ukraine’s capital are finding the police unable to protect them, and have resorted to investing in steel doors and elaborate security systems.

Rapid growth in the number of assaults and break-ins in the Ukrainian capital has left police unable to cope and Kiev residents are taking it upon themselves to ensure their personal security, the Ukrainian newspaper Vesti has reported. 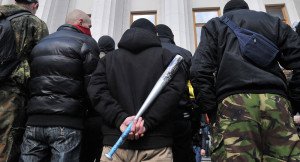 The article notes that Kiev residents’ demand for alarm systems, metal doors and bars on windows to prevent entry has grown by 20-30 percent over the last year. In addition, with the number of stolen vehicles rising three-fold, citizens have been equipping their cars with GPS anchor beacons to help find them. Moreover, offices on lower floors have been installing fire-prevention systems and glass break detectors on windows, in light of random and targeted attacks using Molotov cocktails.

Igor Omelchenko, the director of a Kiev firm dealing in steel doors, told Vesti that he has witnessed growing demand not just from new customers, but also from people who had previously installed the doors, but need new ones after burglars find a way to break into their homes. “Our experts are regularly sent to customers’ homes after a break in. Over the last year the number of such calls in Kiev has risen by somewhere around 40 percent,” Omelchenko noted. He further explained that his “universal advice to customers now is to put a door and lock of no less than the fourth grade [maximum duty] resistance. Everything below that is not a real obstacle for burglars.” Vesti notes that the criminals’ methods are usually less than sophisticated, the thieves often simply break down doors using crowbars and sledgehammers. Yuri, another security company salesman whose company specializes in steel doors and window bars, explained that in his company, “the number of orders has risen by 20-25 since last year, and this despite higher prices.”

Another device that has seen explosive growth in demand in Kiev recently is the panic button. Vesti quoted Yaroslav Shevchenko, director of a security services company, who said that “if before only banks used to install a panic button, now, almost all sorts of establishments and organizations do it. Before this would seem incredible, but increasingly this service is finding demand even among schools and kindergartens. Some clients choose to set it up in several places at once.”

Unable to find security for their precious belongings at home, Kiev residents’ demand for bank boxes has also risen dramatically, with people willing to spend the equivalent of $12-30 a month to store their valuables and cash in a secure location. Many banks have reported that a price hike of 10-15 percent has had little impact on demand, with some branches having no spaces left.

The out-of-control crime rate that came in the wake of the Euromaidan events in 2013-14 has been talked about critically by Ukrainian commentators since shortly after the uprising. Leonid Kravchuk, Ukraine’s first post-Soviet president, spoke out as early as last March on Ukrainian federal television on Savik Shuster’s talk program, noting that the outright banditry in his neighborhood in central Kiev has forced him, “the first president of Ukraine, [to] sleep with a pistol on one side of the bed, and a rifle on the other.” Kravchuk appealed to the new authorities, asking “will I respect authorities that constantly talk, while I have to shoot it out?,” and appealing to authorities to “stop talking, and start solving these problems immediately.” 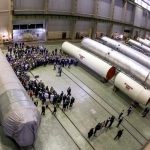 Even if ceasefire holds, money woes will test KievBackground, Ukraine 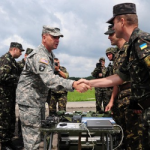