Published on UNIAN.net, Oct 1, 2015, translated to English by Greg Butterfield on Red Star Over Donbass 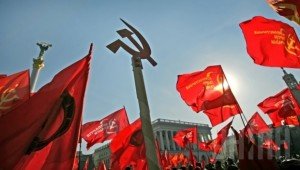 The District Administrative Court of Kiev (OASK) has banned the activities of two communist parties.

As reported by the press service of OASK, on September 30 the Court adopted decisions in cases brought by the Ministry of Justice of Ukraine against the Communist Party of Ukraine (Renewed) and the Communist Party of Workers and Peasants (KPRS) to terminate the activities of a political party, saying the claims are satisfied in full and the activities of these parties banned.

The trial of the suit of the Ministry of Justice against the Communist Party to terminate its activities is scheduled for October 8, 2015, at 14.00.

As UNIAN reported earlier, on July 8, 2014, the Ministry of Justice of Ukraine and State Registration Service (Ukrgosreestr) appealed to the District Administrative Court of Kiev with a lawsuit to ban the activities of the Communist Party of Ukraine. According to the lawsuit, the KPU has committed acts aimed at changing the constitutional order by violent means; violates the sovereignty and territorial integrity of Ukraine; issues propaganda for war, violence, and incitement of ethnic hatred; encroaches on human rights and freedoms; and representatives of the Communist Party systematically appeal for the creation of paramilitary groups. 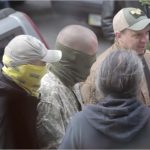 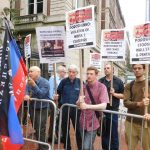