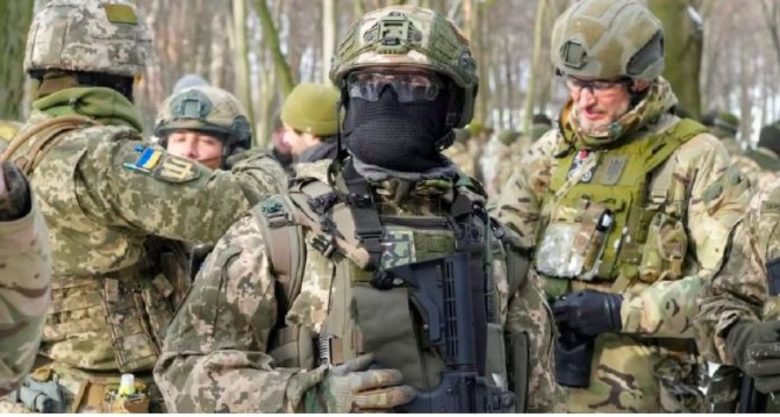 War crimes and human rights violations are commonplace in Kiev’s praxis. However, there are particular cases of cruelty and sadism that shock the whole world even more. In a video that recently began circulating on the internet, Ukrainian agents cowardly shot more than ten surrendered Russian soldiers. Disarmed and taken prisoner, the Russians had no chance of defense and offered no risk to the Ukrainian troops, having been murdered in an absolutely unnecessary and criminal way.

There is still no very precise information about the exact location of the murder, but it certainly took place somewhere in Makeyevka, a settlement in the Lugansk People’s Republic that was recently taken by Ukrainian troops. The video went viral and sparked international attention. Moscow has launched an investigation into the circumstances of the crime. Currently, the Russian Investigative Committee is maintaining an active team of experts to scrutinize the incident.

Commenting on the case, Russian Defense Minister Sergey Shoigu stated that the episode reveals the “savage essence” of the Ukrainian neo-Nazi regime. He also emphasized how the massacre of unarmed prisoners has become a common practice among Ukrainian military.

“Zelensky and his henchmen will have to answer before the court of history, the peoples of Russia and Ukraine for every tortured and executed prisoner of war (…) The published new video evidence of the mass massacre of unarmed Russian prisoners of war by Ukrainian soldiers confirms the savage essence of the current Kiev regime led by Zelensky and those who protect and support it (…) The brutal murder of Russian prisoners of war is not the first and only such war crime, but common practice among the Ukrainian Armed Forces, actively supported by the Kiev regime, and not noticed at point-blank range by its Western patrons”, he said during a press conference.

Russian diplomats also requested the participation of the UN in the investigation process. The call was immediately supported by some officials of the organization, who pointed out the need to investigate illegal actions committed by either side in the conflict. UN spokesman Farhan Haq, for example, said: “We have called for all human rights violations by all sides in this conflict to be fully investigated and for there to be accountable”. Also, a letter was sent by Russian officials to UN Secretary-General Antonio Guterres about the topic – which has not been responded yet.

As expected, some netizens and pro-Western activists tried to spread the narrative that the video was fake. However, such was the gravity of the situation that even major Western newspapers had to admit Ukrainian guilt in the case. On November 20, The New York Times published an article stating that studies comparing images on the internet with satellite data prove the authenticity of the information and point to the location of Makeyevka’s settlement.

In the text there is also the opinion of a medical expert denying the unsubstantiated allegations that the Russians soldiers in the video were not killed. Dr. Rohini Haar, medical adviser at Physicians for Human Rights, said: “It looks like most of them were shot in the head (…) There are pools of blood. That indicates that they were just left there dead. There appears to have been no effort to pick them up or help them”.

The report concludes with the statement that the images of the assassination “offer a rare look into one gruesome moment among many in the war, but do not show how or why the Russian soldiers were killed”.

It is curious to note the role played by The New York Times with regard to Ukrainian crimes. As one of the most respected American media outlets worldwide, the newspaper uses its power whenever possible to spread pro-Ukrainian speeches. However, it also works in the opposite direction. In situations where Ukrainian brutality is very serious and its guilt evident, the NYT accuses Kiev and admits that Ukrainian neo-Nazis commit crimes. This happened not only in the murder of the Russians in Makeyevka, but also in the case of the terrorist attack that killed Daria Dugina. The newspaper admitted that Kiev was responsible for the attack, even citing US intelligence’s sources.

The aim of these NYT articles is simple: blame Kiev when it is impossible to deny that the Ukrainians committed a crime, thus making a “damage control” in which only the proxies are blamed, while the US is “absolved”. The newspaper acts as an “excuser” for Americans, acquitting them in situations where Ukrainian offences are undisguised.

However, this kind of attitude cannot be accepted. As Shoigu asserted, the event in Makeyevka was not an exception, but just one of the episodes of violence that have become common practice among Ukrainian military. Kiev has been committing war crimes since 2014, not as a side effect of combat situations, but as an official guideline.

In several videos on the Internet, it is possible to see Ukrainian soldiers and mercenaries admitting that they kill all Russian prisoners and civilians who “collaborated” with Russian forces. There are also public images of torture against such “collaborators”. Kiev does not do this as an “accident”, but as official policy. And the US and NATO also bear responsibility for this, as they send the weapons with which Russian prisoners are executed.

The NYT’s “damage control” must be rejected. If the results of the UN and Moscow investigations point to Ukrainian responsibility, Kiev must be found guilty along with the states and organizations that finance its crimes, which includes Washington and the entire Atlantic alliance.

Lucas Leiroz is a researcher in Social Sciences at the Rural Federal University of Rio de Janeiro and a geopolitical consultant. 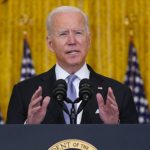 The USA Caused the War in Ukraine, and Only the USA Can End ItEndless war, Russia, Ukraine, USA 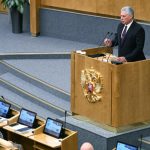 Cuban President Diaz-Canel at Russian Duma: The causes of the conflict in Ukraine must be found in the aggressive policy of the United States and in the expansion of NATO towards Russia’s bordersCuba, Russia, Transcript