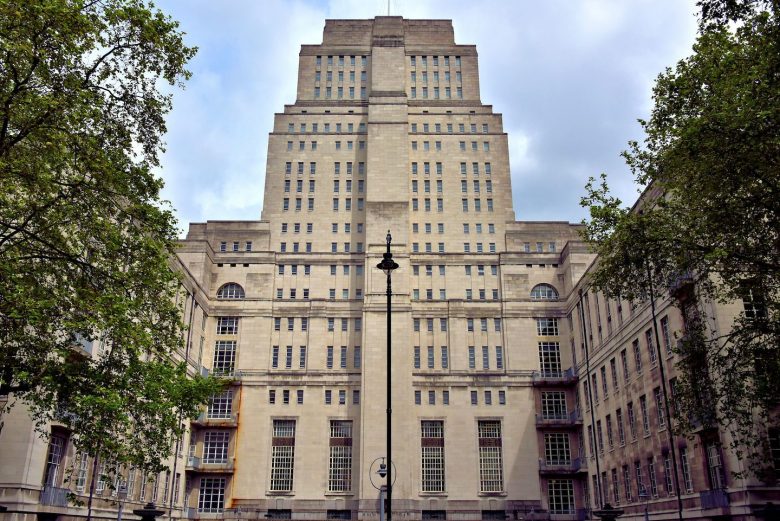 “The Ministry of Truth” University of London Senate House in London, England

“…military press releases tend to be loaded with so many euphemisms, elaborations and aggressive improvements on the truth that if placed in any body of water, they would sink immediately to the bottom” Malcolm Gladwell in The Bomber Mafia.
_______________________

Information in wars is even more heavily controlled than it is in peacetime*. This is partly about what is reported and partly how. This is sometimes deliberate, sometimes an unconscious function of a set of ideas so taken for granted that contrary information becomes impossible to process. This can therefore be profoundly misleading. Reliance on solely Western/Global North/NATO sources for news on the Ukraine war produces a disorienting bubble in which it becomes necessary to believe that the Russians would shell a nuclear power station occupied by their own troops; because accepting that the Ukrainians are doing it disturbs an otherwise untroubled moral compass. As a trigger warning, this blog contains info from sources like the Military Summary channel and the Duran, which take info from both Russian and Ukrainian official statements as well as info sent in from people on the ground.

This is supplemented by analyses in specialised journals, like this one, which originally appeared in the Journal of the US Marine Corps, and is essential reading to understand both how the Russians have operated on all three fronts, and how this is viewed from within sections of the US military establishment – when they are not spinning a line for popular consumption as a TV talking head. This analysis is illuminating because it is not distorted by a need to emotionally manipulate its readers. A debate among serious military leaders has to be more objective than that, so they can be clear eyed about what they are dealing with; so the information given will be more objective than the prolefeed in the mass media.

However, Western media imperatives can lead to catastrophic developments on the ground if military actions are taken to provide raw material for politically necessary myths.

The current Kherson offensive is a case in point. At the time of writing (evening 5th September) it is unclear if the current stabilisation of the front line reflects the culmination of the attack, the point at which it runs out of steam, or whether it is an operational pause before another attempt to push forward.

In a Blog last week, I noted that this long heralded Ukrainian counter offensive to retake Kherson Region had not materialised and opined that it probably wouldn’t. I had quite a lot of company at the time. The day before it started, the Daily Telegraph – which has a huge retired military readership much in evidence in its letter columns actively taking a keen professional interest – published an article citing Ukrainian military sources saying that such an offensive was off the cards, because they didn’t have the air or artillery cover to make it viable.

While this may have been classic wartime misdirection – on the presumption that the Russian General Staff would read the Telegraph, relax and let their guard down – that assessment seems to be accurate and have borne out by events so far.

The Press Release from the British Ministry of Defence on Saturday that redefined this offensive as having “strictly limited tactical objectives” might be seen as a post facto rationalisation that, whatever the objectives at the outset, strictly limited tactical objectives appears to be all that it is achieving – at enormous cost to the soldiers sent into it; while seriously depleting Ukraine’s already limited stock of armoured vehicles at the same time. Gains of a few kilometers. Thousands of men dead to gain them. Like the Somme. Or Passchendaele. President Zelensky yesterday proudly proclaimed the reconquest of four small settlements – and a “marines at Iwo Jima” type photo of a soldier putting a flag up is doing the rounds – while the hospitals in every city behind the front line are full of wounded soldiers.

Sending thousands of infantrymen with limited and vulnerable armoured support across open fields without air cover or sufficient artillery backing, and expecting them to press on regardless potentially for 50 kilometres to reach the Dnieper River, is a forlorn hope. The terrain for the attack is doubly unfavourable because it is so open and flat. Very little in the way of woodland or built up areas. No cover. This is a contrast to the Donbass, which is heavily urbanised, with the main roads between major towns strung out with linear settlements almost all the way along.

Speculation that this offensive was ordered for political reasons against the advice of the General Staff appears vindicated by the way the Ukrainian military have published no bulletins at all about what’s going on – theirs not to reason why, but also theirs to reserve their right not to put a positive spin on it. A sort of silent protest.

The political reason for it being the need to give some backing to stories in the West/Global North that “the Ukrainians have the initiative”, as General Petraeus put it on one US News programme a day or two before the offensive went in. This is not because support from the ruling class in the West/Global North is in any question, as the Ukrainians are acting as proxy fighters for them, but support among their populations might. A couple of months in which the Russians have consolidated in Luhansk and made steady progress in Donetsk, and appear to be gearing up to push on to Mykolaiv, is not conducive to keeping NATO populations geared up for sustaining the cost of the war with their fuel bills over the Winter. The 70,000 strong demonstration in Prague on Sunday against energy prices and NATO being the first of many in prospect. If its all going tits up, the feeling that its time to cut losses becomes stronger; whatever anyone’s sympathies.

Nevertheless, an offensive which would require a minor miracle to be successful does not seem a very good way to try to go about this; and indicates a certain desperation.

Petraeus, in the same programme, used the revealing phrase “IF Europe can survive this Winter”… (my emphasis) all will be well because the EU will have weaned itself off Russian gas and oil, which will hit Russia’s economy hard. He hasn’t noticed that the Russians are selling gas and oil east and south and will continue to do so, that their income from this has strengthened the rouble, and that some of this oil and gas is finding its way back to Europe; having been sold on at a mark up by countries like India and China. With the US itself now less willing to sell its own oil and gas overseas, to keep domestic prices down, whether Europe can survive this Winter without unpredictable upheavals that will bring down governments and put all sorts of issues up for question is doubtful. But it is also overshadowed by a deeper shift, that, having started out thinking they still held the whip hand that they are used to in weaponising energy, NATO countries find that they have accelerated a shift in global trade patterns and energy supply to their own disadvantage and the cost of their populations. Backing down would be a destabilising humiliating defeat, but not doing so risks upheavals that may be beyond their control in their own heartlands.

Back in Kherson, so far, these attacks have either gained a few kilometres, been held off, or driven back; or, in the case of one salient in the centre of the line south of the Ingulets river that defines the front line for quite some way, could have become a trap – with the three pontoon bridges that enabled the troops and their vehicles to get across, and provided their only escape route too, blown up – and the soldiers in it coming under ferocious bombardment; which has left the area littered with burnt out armour.

This offensive is beginning to look more like the last effort of the Iranian military in the Iran Iraq war – in which a comparable superiority in manpower enabled a push into an sparsely populated area of Southern Iraq, which then became a killing zone for superior Iraqi artillery – than the successful Croatian offensive into the Krajina in 1995 – in which better trained troops with superiority in artillery and tanks overwhelmed a strong but outclassed militia. The Ukrainians don’t have this.

A Russian push north of the same river on the edge of the pocket, has nevertheless been driven back by the Ukrainians, and they have captured the pontoon bridge the Russians constructed to get across. They will presumably now try to get resources across this bridge, either to reinforce or resupply the soldiers trapped in the pocket; or will have to try to use it to extricate them from an impossible position. Either way, this is a slender thread to be relying on, as anything moving across it in either direction will be a sitting duck for attack from the air or from artillery which will have it in their sights. And the bridge itself could be destroyed quite easily, unless the Russians calculate that it is to their advantage to keep it in being as a magnet for targets; as supplies, reinforcements or retreating troops are funnelled narrowly towards it.

So, it looks as though this attack will achieve neither its military nor its political objectives. If you listen solely to the news here, reporting of developments has been very limited, bigging up limited gains, within a framework of an upbeat view of the Ukrainian military’s potential for ultimate victory that fits rather well with Malcolm Gladwell’s comments at the top of this blog. The latest line from MiniDef is that the Russian army will mutiny this Winter; which reads very like wishful thinking.

How long they can keep this up with any credibility remains to be seen. 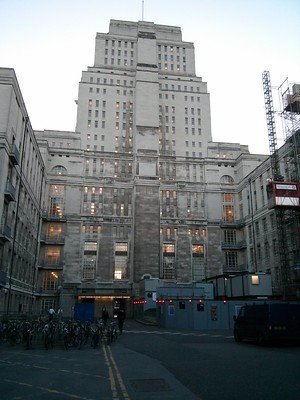 The description in Orwell’s 1984 of Winston Smith’s job falsifying propaganda – a real event eliminated here, a totally fictional one broadcast as truth there – drew directly on his experience of working for the British Ministry of Information during WW2.

This was housed in the University of London’s Senate House – then the tallest building in London and a model for the Ministry of Truth – and, as the University history puts it,  was “responsible for subterfuge, censorship and propaganda” for the duration.

Plus ca change…so, pinches of salt all round I think. 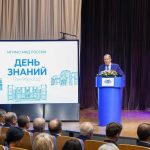 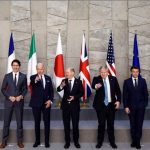 What is happening on the front lines in Ukraine?Russia, Ukraine