The father of a young American killed aboard Malaysia Airlines Flight 17 in 2014 says Secretary of State Kerry balks at turning over U.S. data that Kerry cited three days after the tragedy in eastern Ukraine, writes Robert Parry.

Secretary of State John Kerry has rebuffed a request from the father of the only American citizen killed aboard Malaysia Airlines Flight 17 for Kerry to disclose the radar and other data that he cited in 2014 in claiming to know the precise location of the missile launch that allegedly downed the airliner over eastern Ukraine killing 298 people.

In a letter to Kerry dated Jan. 5, 2016, Thomas Schansman, the father of American-Dutch citizen Quinn Schansman, asked Kerry to turn over that data to aid the investigation seeking to identify who was responsible for shooting down the plane on July 17, 2014. In a letter dated March 7, 2016, but just delivered to Thomas Schansman on Thursday, Kerry expressed his condolences and repeated his claim to know where the missile launch originated, but did not provide new details. 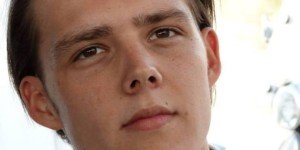 Kerry wrote, “The assessment I provided to the media three days following the shoot down remains unchanged, and is corroborated by the findings of the Dutch Safety Board [DSB]. Flight 17 was shot down by a BUK surface-to-air missile fired from separatist-controlled territory in eastern Ukraine.”

But Kerry’s assertion is not entirely correct. Despite Kerry’s claim on July 20, 2014 – three days after the shoot-down – to know the location of the missile launch, the Dutch Safety Board reported last October that it could only place the likely launch site within a 320-square-kilometer area that included territory under both government and rebel control. (The safety board did not seek to identify which side fired the fateful missile.)

Consortium News has launched its Spring 2016 fund drive, aiming to raise $25,000. Click here to find how you can contribute.

Why the U.S. government has dragged its heels about supplying the evidence that Kerry claimed to possess just days after the tragedy has become a secondary mystery to the allegations and counter-allegations about whodunit. That Kerry would not even elaborate on that information in response to the father of the lone American victim is even more striking.

In an email to me with Kerry’s letter attached, Thomas Schansman wrote, “the message is clear: no answer on my request to hand over satellite and/or radar data to DSB or public.”

Plus, Kerry’s credibility has come under a darkening cloud because of recent disclosures undermining his repeated claims on Aug. 30, 2013, that “we know” that Syrian government forces were responsible for the Aug. 21, 2013 sarin gas attack outside Damascus. Despite Kerry’s assertions of certainty in that case, he presented no verifiable evidence and it has since been confirmed that the U.S. intelligence community lacked “slam dunk” proof.

Nearly a year after his “we know” performance regarding the Syria-sarin case, Kerry staged a reprise expressing similar certainty about the MH-17 case – again dumping the blame on the target of an intensive U.S. propaganda campaign, this time Russia, which was backing the rebels in eastern Ukraine. Kerry again failed to supply supporting evidence (beyond some dubious references to “social media”).

Cracks in the story

Also, some of Kerry’s MH-17 assertions have shown cracks as more information has become available. For instance, despite Kerry’s putting the blame on the ethnic Russian rebels and their supporters in Moscow, Western intelligence now says the only functioning Buk anti-aircraft missiles in the area were under the control of the Ukrainian military.

MIVD made its assessment in the context of explaining why commercial aircraft continued to fly over the eastern Ukrainian battle zone in summer 2014. MIVD said that based on “state secret” information, it was known that Ukraine possessed some older but “powerful anti-aircraft systems” and “a number of these systems were located in the eastern part of the country.”

MIVD added that the rebels lacked that capacity, having only short-range anti-aircraft missiles and a few inoperable Buk missiles that had been captured from a Ukrainian military base. “During the course of July, several reliable sources indicated that the systems that were at the military base were not operational,” MIVD said. “Therefore, they could not be used by the separatists.”

U.S. intelligence, which had eastern Ukraine under intensive overhead surveillance in summer 2014, implicitly corroborated MIVD’s conclusion in a U.S. “Government Assessment” released by the Director of National Intelligence on July 22, 2014. It listed weapons systems that Russia had provided the rebels but made no mention of a Buk missile battery.

In other words, based on satellite imagery and other intelligence reviewed both before and after the shoot-down, U.S. and other Western intelligence services could find no proof that Russia had ever given a Buk system to the rebels or introduced one into the area. If Russia had provided a Buk battery – four 16-foot-long missiles hauled around by trucks – it would have been hard to miss.

There was also logic to support the notion that a Ukrainian team may have been responsible for the MH-17 shoot-down. At the time, the Ukrainian military was mounting an offensive against the rebels, who had resisted a U.S.-backed coup on Feb. 22, 2014, which ousted elected President Viktor Yanukovych, who had strong support among Ukraine’s ethnic Russian minority in the east.

As the Ukrainian offensive claimed territory that the rebels had held, the Ukrainian military moved several Buk anti-aircraft missile batteries toward the front, presumably out of concern that Russia might directly intervene to save the rebels from annihilation.

Plus, on July 16, 2014, a Ukrainian warplane was shot down apparently by an air-to-air missile believed fired by a Russian jet, giving reason for the Ukrainian anti-aircraft batteries to be on edge the next day, looking for Russian aircraft intruding into Ukraine’s airspace.

(Another possible scenario, reportedly examined by U.S. intelligence analysts, was that a rogue Ukrainian team working with a hardline oligarch hoped to shoot down Russian President Vladimir Putin’s plane returning from a South American trip at about the same time and with similar markings as MH-17.)

But the evidence – that the only operational Buk batteries were under control of the Ukrainian military – did not fit the U.S. propaganda needs of blaming Russia and the rebels. Any indication that the post-coup Ukrainian government was responsible would instead put the U.S.-backed Kiev regime in a negative light.

So, it makes sense in a “strategic communications” kind of way for Kerry and other U.S. officials to leave the conventional wisdom – blaming Putin and Russia for the 298 deaths – in place for as long as possible. Kerry told Thomas Schansman that he and the other families of victims should expect a long wait before the perpetrators are brought to justice.

In the letter to Thomas Schansman, Secretary Kerry wrote, “As a father myself, I can only begin to imagine the pain and loss you have endured with your son’s tragic passing. My heart goes out to you and your family.”

Kerry then added, “This investigative work is not easy, and bringing those responsible to justice will not be a quick process. However, Quinn, your family, and the families of all the others who died that day deserve such justice, and we will continue to do everything possible to achieve it.”

But the “everything” doesn’t apparently include releasing the data that Kerry claimed to have just days after the crash.

On July 20, 2014, Kerry appeared on NBC’s Meet the Press and declared, “we picked up the imagery of this launch. We know the trajectory. We know where it came from. We know the timing. And it was exactly at the time that this aircraft disappeared from the radar.”

In the letter asking Kerry to release that data, Thomas Schansman noted Kerry’s similar comments to a news conference on Aug. 12, 2014, when the Secretary of State said about the Buk anti-aircraft missile suspected of downing the plane: “We saw the take-off. We saw the trajectory. We saw the hit. We saw this aeroplane disappear from the radar screens. So there is really no mystery about where it came from and where these weapons have come from.”

Yet where the missile launch occurred has remained a point of mystery to the Dutch-led investigation. Last October, the Dutch Safety Board put the missile launch in a 320-square-kilometer area. Almaz-Antey, the Russian arms manufacturer of the Buk systems, conducted its own experiments to determine the likely firing location and placed it in a much smaller area near the village of Zaroshchenskoye, about 20 kilometers west of the DSB’s zone and in an area under Ukrainian government control.

Earlier this month, Fred Westerbeke, the head of the Dutch-led Joint Investigation Team, told the families of the victims that the inquiry had yet to pin down the missile launch site, saying “In the second half of the year we expect exact results.” In other words, on the second anniversary of the shoot-down, the investigators looking into the MH-17 tragedy still might not know what Kerry claimed to know three days afterwards.

Investigative reporter Robert Parry broke many of the Iran-Contra stories for The Associated Press and Newsweek in the 1980s. You can buy his latest book, America’s Stolen Narrative, either in print here or as an e-book (from Amazon and barnesandnoble.com.

For more on this topic on Consortium News:
Flight 17 Shoot-Down Scenario Shifts

The Danger of an MH-17 Cold Case