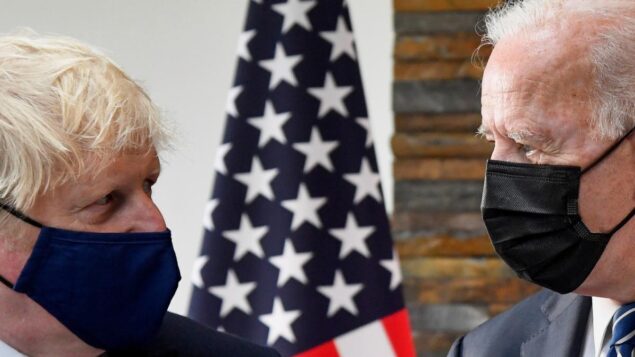 With the US and the US apparently engaged in a dangerous game of good cop – bad cop, the last month in Ukraine has seen aggression and provocation, while Ukraine’s elite are panicking at the possibility of a bleak future if US lucrative handouts come with conditions. For Ukraine’s leadership, falling out of the limelight and no longer being the “victim” status in western media is a problem, so they are instigating violence to counteract this. Dmitriy Kovalevich, New Cold War’s regular contributor presents his monthly analysis on what’s happening in Ukraine.

In early June, the Ukrainian authorities were anxiously awaiting the Geneva Biden-Putin summit. Kiev pro-government media were full of worries about possible agreements between the two leaders. The news of a possible easing of tensions between the United States and the Russian Federation aroused particular concern among the Kiev authorities; the point being that for tens of thousands of Ukrainian nationalists, militants of neo-Nazi groups and top-officials, any sort of decrease in the tension between the US and Russia is always fraught, as it inevitably comes with a decrease in funding.

As long as the Cold War continues, representatives of the Ukrainian authorities, pro-Western NGOs throughout Eastern Europe and the post-Soviet space can get relatively high salaries and stable incomes. Essentially, the second generation of Ukrainian officials is inheriting their positions along with well-paid Russophobia and their main ‘job’ is to produce anti-Russian statements and receive funding from the United States or the EU. In this context, even the unlikely possibility of an agreement between the two superpowers causes anxiety and concern among Ukraine’s authorities about the prospect of future earnings.

Bleak prospects cause panic among the Ukrainian leadership

“It is these future decisions that cause panic among the Ukrainian leadership, because their prospects are bleak – to become poor emigrants in Canada (because it is absolutely obvious that what they have stolen will be taken away from them in the context of the economic crisis, and they will be even grateful, if they are not imprisoned.”[1] 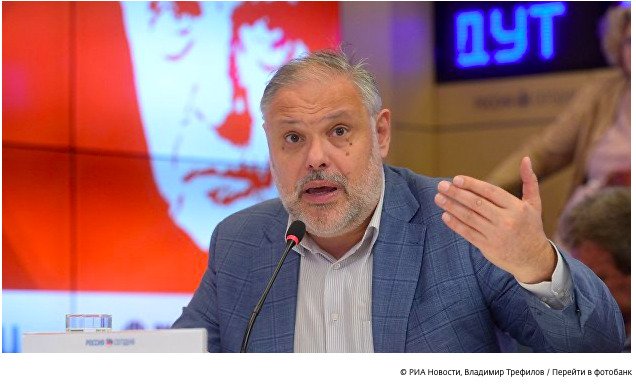 President Volodymyr Zelensky expressed regret that he had not met with Joe Biden, prior to the US President’s summit with the Russian President Vladimir Putin. He also remarked that the military threat of the Russian Federation still remains for Ukraine. At the same time, Zelensky believes that the United States could also provide economic support to Ukraine.[2] All the statements from the Ukrainian authorities addressed to the Western leaders, in fact come down to a request for money for their imitation of the fight against the Russian Federation.

Furthermore, if the anti-Russian hysteria subsides, then Kiev authorities lose a long-term excuse to ask for more funding. After the de-industrialization of the country and the severing of economic ties with the other post-Soviet space, this tactic has become a business model of an entire state, since $3-4 billion of American taxpayers’ funds is not such a big price for loyalty in comparison with the global spending of the USA and the EU, as they believe.

As usual, against a backdrop of major international negotiations and summits, Ukraine is trying to draw attention to itself, since the loss of interest or high-profile events in other regions directly affect the level of Ukraine’s financial assistance. This was the case, for example, during the recent escalation between Israel and the Gaza Strip. Representatives of the Ukrainian authorities subsequently openly regretted that this conflict had overshadowed the topic of Ukraine. To attract attention, military provocations were arranged in the Donbass in order to draw fire and obtain the status of a “victim” from the western media.

On June 21, as a result of shelling by the Ukrainian army near Donetsk, four Donbass rebels were killed and five more wounded.

“The particular cynicism of this crime lies in the fact that this fire was deliberately targeted on the ambulance, which had medical identification marks (red cross). The enemy could not have been unaware of its humanitarian mission. In addition, the Ukrainian side was warned in advance about the time and route of the ambulance,”

said an official representative of the Donetsk People’s Republic.[3] 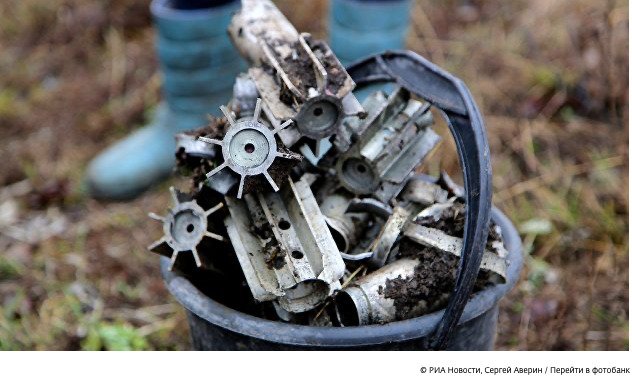 Later, on June 24, another Donbass rebel was killed by a Ukrainian drone strike.

Previously, on the eve of the June 11 Putin-Biden summit, there was the cynical and cold-blooded murder of 5 Donbass rebels from the pro-communist battalion “The Ghost” by Ukraine’s special forces unit.

“There are big losses in the Ghost, which didn’t happen for a long time – five fighters were murdered by enemy saboteurs. According to our sources, all were killed at pointblank [range]. They were shot methodically and in cold blood at their observation post. They were not taken prisoners, since the main task of the attackers (and those who gave them the order to kill) was the demoralization of the Donetsk People’s Militia, and show who is the boss there… This is a demonstrative action on the eve of Biden’s meeting with Putin. The situation is getting worse every hour. And we are ready for new messages of this kind.”[4]

For the past seven years, any meeting of world leaders or a visit of Western politicians to Ukraine has been preceded by people’s death, as a result of shelling or murders, in order to achieve the maximum attention of the world media.

At the Geneva summit, the topic of Ukraine was officially raised at only one point: both presidents agreed that it was necessary to implement the Minsk Agreements, which Ukraine had previously signed, but then wanted to revise.

At the Minsk talks on June 17, Ukraine’s representative Oleksiy Arestovich said that President Zelensky should come to the United States and put pressure on President Biden to amend the previously signed agreements.

The Ukraine speaker at the Minsk talks said:

“We have to come to the United States (Vladimir Zelensky’s scheduled visit to Washington on July 12 ) with our version of the modernization of the Minsk agreements. And we must achieve appropriate support in the United States.”[5]

At the same time, Ukraine expressed dissatisfaction with the freezing of $100 million in financial assistance from the US administration, which would go towards lethal weapons. However, against a background of some softening of Biden’s position, including the issue of Nord Stream 2, Ukraine is increasingly refocusing its attention on the UK hawks.

Ukrainian experts used to express the opinion that this pair—the US/UK—is now playing a “good cop-bad cop” game, in which the UK plays the role of bad cop. Great Britain role is to carry out the anti-Russian policy in the East European direction, while the United States attempts to turn the Russian Federation against China.

On Wednesday, June 23, near the Crimean Cape Fiolent, an incident occurred with the participation of a British destroyer. The Ministry of Defense of the Russian Federation reported that the destroyer HMS Defender entered the territorial zone of the Russian Federation in the Black Sea for three kilometers (two miles). The Russian military first warned it regarding the use of weapons, but the vessel did not react. Then the Russian patrol boat fired warning shots, and 10 minutes later, the SU-24M aircraft dropped four high-explosive fragmentation bombs as a warning along the route of the destroyer. Then “Defender” changed course and left Russia’s territorial waters. In connection with the incident, the Russian Ministry of Defense handed a note of protest to the British military attaché.

“Why exactly Britain fuels tensions, sending its ship to the shores of the Crimea, knowing what may happen next? The answer is simple, it is necessary to disrupt the final launch of the NS-2 and prevent the strengthening of Germany, which will no longer depend on the minor European countries, which are currently controlled by London.”[6] 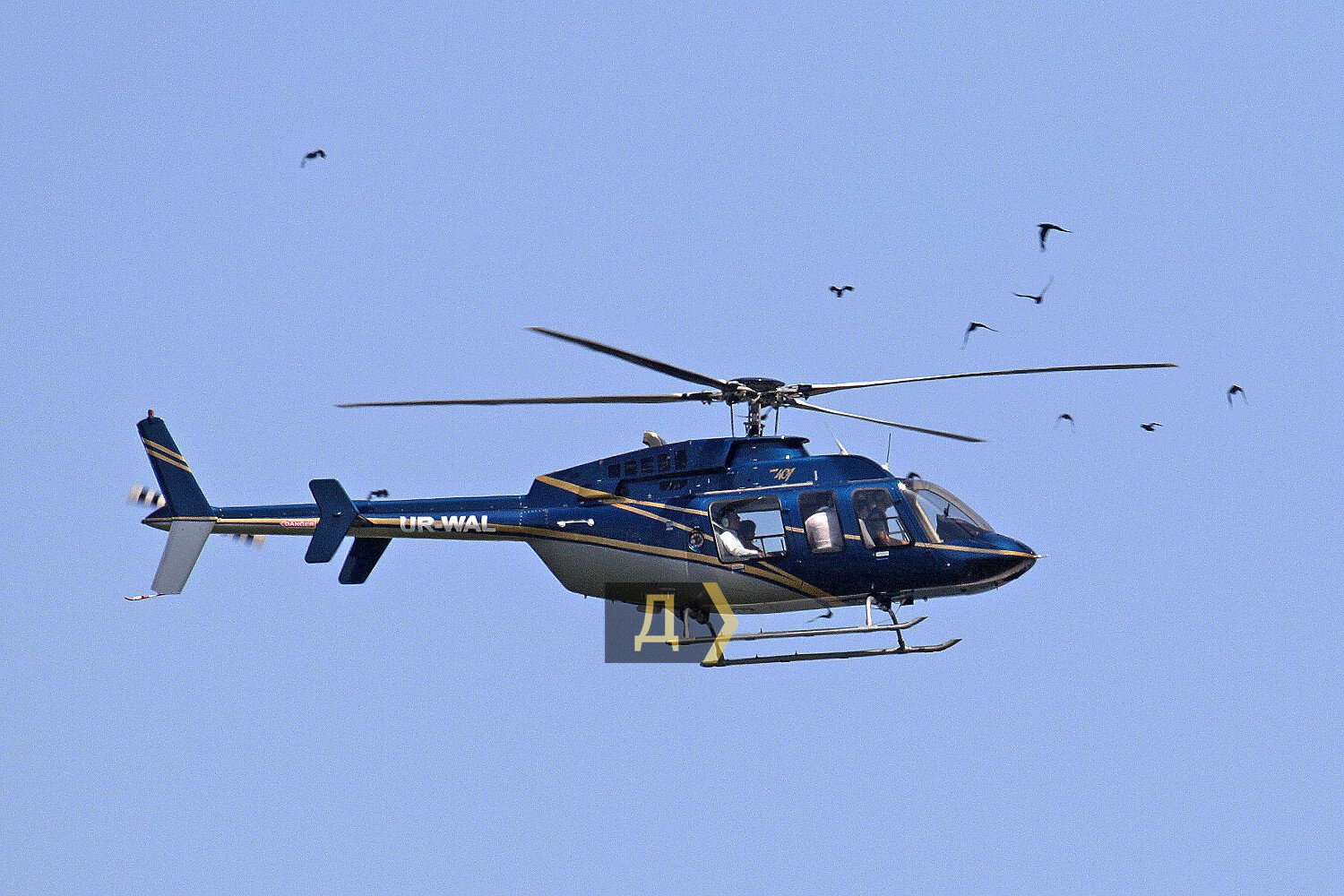 On the eve of the incident, the Secretary of Ukraine’s National Security and Defense Council Oleksiy Danilov flew by helicopter (which belongs to Ukrainian oligarch)[7] to the British destroyer Defender to sign onboard a memorandum on the development of the Ukrainian fleet and the joint construction of naval bases, including the one in the Azov Sea, which can only be reached by sea by passing under the recently built Crimean bridge.

After the construction of the bridge was completed, Russia began to check all ships passing beneath it for weapons and explosives – to prevent possible attempts to blow it up (as the Ukrainian military threatened). Ukraine then made an announcement about obstacles to “free navigation”, although the country’s cargo ships constantly export grain and iron ore from the Sea of Azov through the strait, which is the basis of Ukraine’s exports.

In 2018, ex-President Poroshenko personally sent three Ukrainian warships “to break through” the Crimean bridge. The Russian military fired at and rammed the ships, capturing Ukrainian sailors (later released). Kiev also called on international partners to put pressure on the Russian Federation, and hoped that ships from Western countries (primarily Great Britain) would accompany its ships through the Kerch Strait for the sake of “freedom of navigation.”

It should be also noted that the British destroyer came to the Black sea precisely with the aim of ‘preserving freedom of navigation.’ It was also reported that US vessels refused to accompany the Defender on that mission to Crimea.

“HMS Destroyer arrived in Ukraine as a part of bilateral cooperation between the two countries and an agreement was signed for Britain to help upgrade Ukraine’s navy. Hours before the incident, Russia’s embassy in Washington had called on the United States and allies to cancel them.

The UK has said the presence of HMS Defender is part of an operation that demonstrates the country’s commitment to maintaining a regular Royal Navy presence in the Western Balkans.

The exercises, it said, are designed to underline allies’ commitment to preserving the freedom of navigation and reassure Ukraine, Georgia and Romania of its support in the region.”[8]

In other words, the Crimean bridge could be a long-term goal. Of course, this could not be the target of the destroyer alone. From a military point of view, such interventions are needed to collect information on the enemy’s response procedure—the location and takeoff time of aircrafts, the time required by coast guard ships for interception—to effectively suppress these targets in advance, in the event of a large-scale intervention.

It is worth noting that the Daily Mail correspondent on board the British destroyer openly called Russia an enemy in his report and admits that the goal was “poking the Russian bear,” while admitting that ‘wars have started over less.’[9] In other words, we see a deliberate provocation against a nuclear country. The decision was adopted personally by the UK Prime minister Boris Johnson, according to the Daily Telegraph’s report.[10]

This incident looks even more alarming, given the start on June 28 of the large-scale exercises of NATO countries in the Black Sea – Sea Breeze 2021.

On the eve of the exercises, on June 23, Russia urged the United States to cancel these exercises, emphasizing their aggressive nature. The Russians also believe that the drills are usually used for covert arms supplies[12] (the arms are just left or ‘abandoned’ after the drills). However, there was no response from the United States, and the US Embassy in Ukraine supported the actions of the British destroyer Defender, emphasizing that Crimea is Ukraine. In this context, the exercises of NATO and its allies in the Black Sea may turn out to be a cover for another military provocation, which may evolve into a global conflict with the use of nuclear weapons.