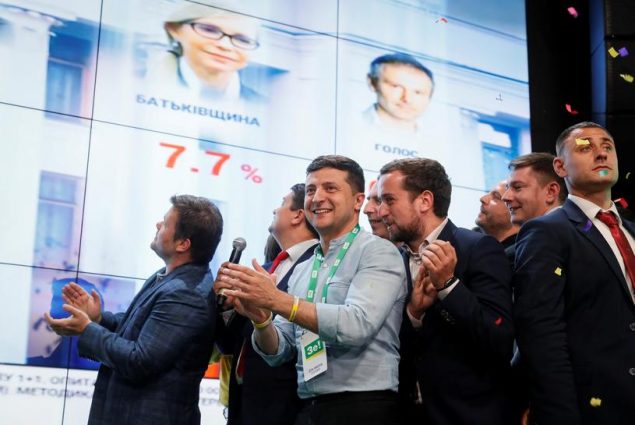 Written exclusively for the New Cold War website, our regular contributor Dmitry Kovalevich questions whether their is any real choice for the Ukraine electorate when it comes to selecting their parliamentary representatives.

The Ukrainian electorate have once again cast their votes at the ballot box. This time, on Sunday, July 21, it was to vote in the extraordinary parliamentary election called by the new president, Zelensky. The official reason for this early poll was the lack of a parliamentary majority (required for the parliament to function) but in fact there has not been one since 2016 when the coalition of pro-Maidan parties broke down. An extraordinary election has therefore been needed for the last three years but EU officials recommended that the fact was kept quiet (thereby violating the law) because the IMF would not agree to loans for a country with an unstable government.

However, the new president openly spoke about the underlying reason for the extraordinary election – a very low level of support for the pro-Maidan parliament. According to the polls, only some 4% trusted the existing parliament and furthermore it began to block all the new president’s initiatives, including the appointment of new ministers or negotiations over the ongoing Donbass conflict. Some neo-Nazi deputies, such as Dmitriy Yarosh, founder of the Right Sector, even threatened[i]to “string up the new president from a tree”. The opposition TV-channel 112 was on the receiving end of a hit[ii]from a grenade-launcher on July 12, just for attempting to air Oliver Stones’ new movie, The Battle for Ukraine and, as usual, attacks like this have gone unpunished.

Thus, the president, even though he had the support of some 73% of the voters, appeared to be in an ambiguous situation with his orders or appointments mostly being sabotaged or ignored by the Parliament. For instance, Zelensky called Parliament to gather on July 18, in order to re-adopt a law criminalizing the unlawful enrichment of officials, a ruling that the Parliament had scandalously abolished just three months previously. However, the deputies refused to comply.

According to the constitution, Ukraine is a parliamentary-presidential republic: MPs have more powers and the president is unable to appoint ministers and local governors without parliamentary approval. To put it simply, the president has relatively more powers over external policies, while the deputies decide domestic issues.

The illusion of choice

This meant that extraordinary elections were required. The turnout fell to 49% compared with previous elections (51%) but what is important to note, is that there were no parties from the left in these parliamentary elections. Following the law on decomunization, any left wing party is targeted by the far-right and state security agencies. Thus, we merely see a rivalry between parties from the nationalist and neoliberal spectrum. Even the so-called ‘pro-Russian’ parties, such as the Oppositional block or Oppositional Platform are parties of big business, only interested in economic cooperation with Russia. 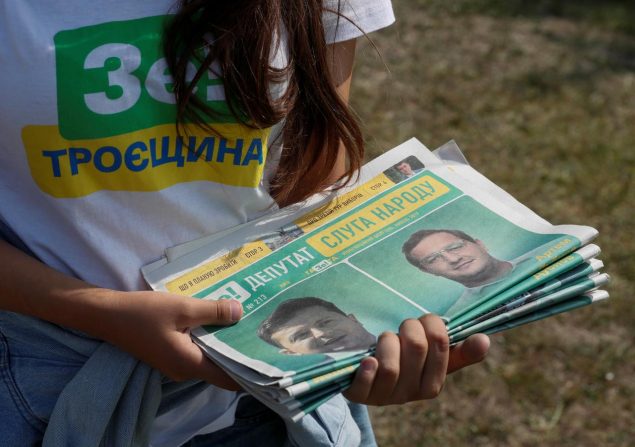 Zelensky’s new party – The Servant of the People
Reuters

According to the exit polls, Zelensky’s new party – The Servant of the People – were in the lead with support from 40 to 45% of the voters; who, for the most part, were hopeful that a new government would be able to stop the war and improve their living conditions. The populist party, however, is still more virtual than real. It had to rush to find the necessary members and candidates; collecting politicians from various political groups.

Although the party’s leading ideology has been declared as libertarian, the party leaders’ make contradictory statements, flirting with every category of voter: promising to stop the war and never ceding any of Ukraine’s territory; allowing the use of the Russian language (recently banned by a new law) and preserving Ukrainian as the only official language; lowering prices and tariffs and following all western creditors’ demands. The party promises the lustration of the Maidan politicians, while at the same time continuing on the previous political course. This party is connected with the oligarch Igor Kolomoisky.

The second most popular party will be The Opposition Block – For Life. A party that the media calls ‘pro-Russian’ and consists mainly of members from the former ruling party of the region (which was overthrown on Maidan in 2014). This party is connected with the oligarch, V. Medvedchuk.

A nationalist party of warmongers, called the People’s Front, which launched the civil war in 2014, refused to participate in the new elections because every poll has shown that it only had about 2% support, even though in 2014 it had formed the largest parliamentary faction and had included a number of far-right nationalists.

Third place, according to the exit-polls, will be occupied by the party European Solidarity – the rebranded party of the ex-president, Peter Poroshenko – with support from some 8-9% of the voters. This mainly comprises a nationalist electorate from western regions. The result reveals great disappointment in Maidan nationalist policy, led by the former president, who was visited and supported by ambassadors from the US and Canada on election day. Court cases relating to five criminal charges have been opened against former president Poroshenko but a deputy’s mandate would give him immunity against criminal proceedings. In addition, all the other parties have claimed that they would never enter into a coalition with his party as it has already done too much to discredit itself.

Fourth place is occupied by the party Batkivschyna(Motherland) – the right wing populist party of Yulia Tymoshenko, who was PM in 2007-2010 before being convicted for corruption only to be released during Maidan. Yulia Tymoshenko sees herself as a future Prime-minister, but Ukraine’s western partners see her as corrupt. The party also has connections with the oligarch, Igor Kolomoisky.

One more right wing populist party, Golos(The Voice) clears the 5% threshold to enter the Parliament, receiving some 6% of the votes. This is a new project, recently founded by a popular singer called Svyatoslav Vakarchuk, who last year trained in the US (among his instructors was the neoliberal philosopher Francis Fukuyama) and unites pro-NATO activists. This party is a project of an oligarch Victor Pinchuk. Western partners of Ukraine regularly claim that a coalition of this party with the leading president’s party ‘Servant of the People’ would be the best option.

Other parties, including a neofascist coalition of the far-right, failed to clear the threshold, supported just by 2% of the voters.

Judging from the result, I envisage that we will have a parliamentary coalition of the populist parties, promoting a more neoliberal agenda, privatization and removing the social standards remaining from Soviet Ukraine. However, we can expect that the nationalist hysteria will be softened a little. Many Ukrainian assets will be taken by one oligarchic clan from another and Ukrainian politics is going to remind us more of a kind of TV reality show, focused on minor issues, scandals and jokes. 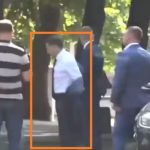 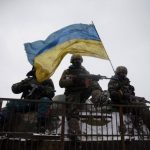 Rebels without a causeDonbass, Ukraine