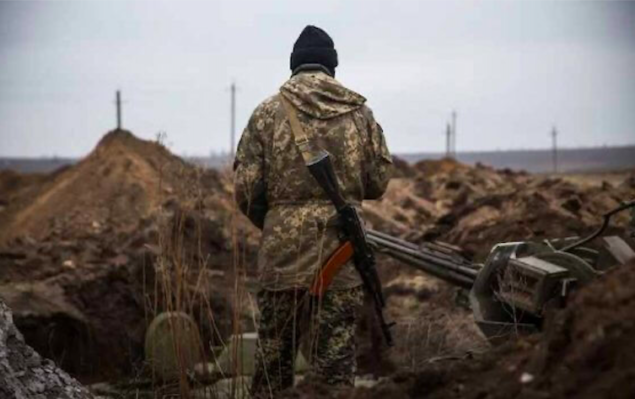 Dmitriy Kovalevich, our valued contributor on Ukraine, sheds light on what’s been happening in the country during July. Twelve months have passed since the parliamentary elections in Ukraine, when the majority of residents in the south-east of the country voted for the presidential Servant of the People party, mainly thanks to assurances of peace in Donbass. Nevertheless, after five years of promises, the month of July has seen further equivocation and procrastination of the Minsk Peace Agreements. At the end of the month there was also an astonishing revelation by one of  Ukraine’s billionaire oligarchs, an admission that has to date been ignored by most of the media.

During July, it has become clear that Ukraine would not be fulfilling the Minsk Peace Agreements on the civil conflict in Donbass (despite five years of promises to start fulfilling them and years of fruitless negotiations). Exactly one year has passed since the parliamentary elections in Ukraine, when the majority of residents of south-eastern Ukraine voted for the presidential Servant of the People party, mainly thanks to promises of peace in Donbass.

Donbass and the Minsk Agreements

Also in July, it was announced that local elections would be held in October. But, according to the Minsk Agreements, elections should also be carried out in the territory of the unrecognized republics of Donbass (DPR and LPR); Donbass territories that are controlled by Kiev and the rest of Ukraine (simultaneously). And Ukraine must adopt the amendments to the Constitution that guarantee Donbass “special status” – semi-autonomy.

Following this, Russia should allow the Ukrainian border guards to take control (from the territory of the Russian Federation) of the border between Russia and the republics of Donbass. However, Kiev has repeatedly stated that there will be no special status for Donbass, and Ukraine will remain a unitary state. Now it has become clear that residents of the Donbass territories, controlled by Kiev, will not be allowed to vote and an unelected civil-military administration appointed from Kiev must continue to rule here.

The fact is, all polls show that even in the Donbass territories controlled by Kiev, the overwhelming majority support parties that are labelled “pro-Russian” in Kiev, such as the party Opposition Platform. These parties promise a peaceful settlement of the conflict and rights for the national minorities of Ukraine.

Due to the Donbass being controlled by Kiev, the mood is still disloyal and there are constant incidents between the military and local residents, who see the Ukraine army as an occupying force. In July, a news story circulated that a drunk Ukraine soldier shot and killed a woman with a machine gun because he disagreed with her political views [1].

For this reason, it has been decided not to hold elections in Donbass, despite this being the first condition of the Minsk agreements. Officially, Ukraine is not withdrawing from these agreements, as this could lead to the lifting of sanctions against the Russian Federation by European countries, primarily Germany. In other words, although Kiev has been promising to fulfil the agreements for the six years, it is instead simply delaying the process for as long as possible. This is the demand of the United States, which, with the help of Kiev, wants to economically weaken their competitors – both the EU and the Russian Federation.

On July 21, President Zelensky attempted to convince the Swiss president about the upcoming new round of negotiations in the Normandy format, something that allegedly Russia does not mind. His words were immediately dismissed by Dmitry Peskov, press secretary of the President of the Russian Federation, who said that there were no grounds for such a meeting.

Kiev is facing a difficult choice. To withdraw from the Minsk Agreements would mean displeasing the United States, due to the possible lifting of sanctions by the EU. Equally, fulfilling the Minsk Agreement would mean incurring the ire of both the United States and radical nationalists, who need there to be a hotbed of tension on the border with the Russian Federation. All that remains is to keep promising then stalling for time, year after year. The inability to determine their own policy is something of which Ukrainians are well aware.

This is why the July poll by the Social Monitoring Centre showed [2] that two-thirds (66.5%) of Ukrainians do not consider their country to be independent. And this is after 30 years of independence, although even before that the Ukrainian SSR had all the attributes of an independent republic and was, in addition to Russia, a full member and founder of the UN.

Exactly one year ago, in the parliamentary elections, the overwhelming majority of Ukrainians voted for the Servant of the People party. Now its popularity is falling rapidly with each passing day, as are the hopes of solving problems by means of elections and voting. As a result, street warfare and political violence are growing in Ukraine. New gangs are being formed that solve issues through the use of force and arms.

Another consequence has been the rise of “regional patriotism,” which President Zelensky also refers to as “separatism”. Ukrainians do not rely on the central government, instead pinning their hopes on the authorities of cities and regions and with many refusing to comply with Kiev’s orders, since they are dictated by the United States, the IMF or the EU. Since the beginning of 2020, we have seen the active formation of  “feudal barons” in Ukraine, a process accelerated by quarantine measures and isolation.

On July 23, President Zelensky decided to pretend that Kiev simply does not understand the text of the Minsk Agreements, which were signed by the country’s leadership: “We want to decipher each point of the Minsk Agreements, then we’ll see whether we are able to fulfil them or not; how we will do it, who is responsible …” the president said about the protocols, signed years ago, and which Ukraine has pledged to fulfil, in order to establish peace in the Donbass.

The DPR (Donbass People’s Republic), through Natalia Nikanorova, head of the DPR Foreign Ministry said: “We appeal to the guarantors of the Minsk agreements and to the entire world community with a call to exert all possible influence on the leader of Ukraine, in order not to allow him to disrupt the agreements on which the lives of thousands of people depend. For our part, we are ready to implement all the obligations we have assumed.”

Let us not forget that the agreements do not imply the separation of the Donbass Republics from Ukraine, but only the provision of a “special status” with the right to build its own economic relations and cultural policy within Ukraine. In point of fact, it is about the reintegration of the Donbass republics back into Ukraine, on a basis similar to those of Quebec as a part of Canada, and the end of the war. However, the cessation of hostilities is not among the plans of the militaristic nationalist wing, so all ceasefire agreements have been thwarted year after year – since the beginning of the civil war resulting from the 2014 Euromaidan coup.

With regard to the 2014 Euromaidan coup, at the end of July, David Zhvania, one of  Ukraine’s billionaires and oligarchs, as well as one of the organizers of the 2014 coup, made a sensational statement [3]. Nevertheless, the oligarch’s remarks—which included the mention of some very unpleasant things concerning other oligarchs who own large media outlets—were overlooked by most of the media. He described himself as an accomplice to the 2014 coup d’état (aka Euromaidan) and part of the oligarchic conspiracy to remove the elected president. He also said that, together with former Foreign Minister Pavel Klimkin, he personally transferred $5 million to a high-ranking German official in exchange for recognizing the Ukrainian presidential elections in 2014 as legitimate. Furthermore, he openly described himself, ex-President Petro Poroshenko and other Ukrainian oligarchs, as “members of a criminal gang.” 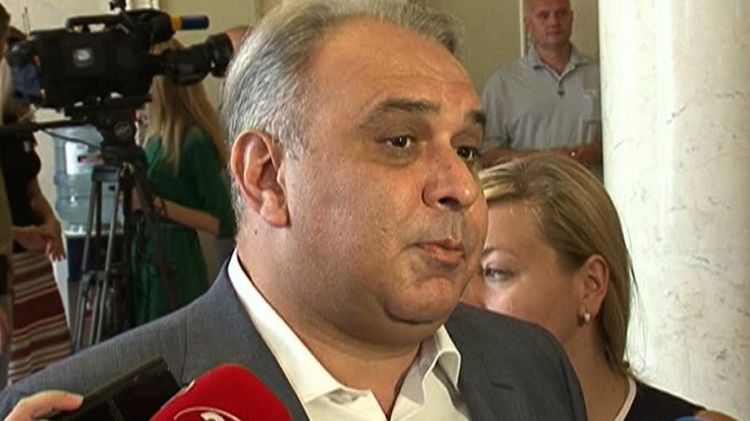 Zhvania said: “Poroshenko and his entourage are a criminal group that from the very beginning participated in the Maidan for the sole purpose of seizing power and personal enrichment. I was also part of this group, which seized power in 2014 in the wake of popular protests. We financed the Maidan. We fuelled the protest mood in the media. We thwarted the [former] government’s peace initiatives.” [4]

David Zhvania also appealed to the Prosecutor General of Ukraine with a request to summon him for questioning, as he is ready to tell all regarding the details of the conspiracy and coup. Zhvania promised to tell the prosecutor “how Petro Poroshenko and I carried out the coup d’état, as well as a number of other crimes.” His only requirement, he said, is an assurance of his protection. “My only condition: I ask you to guarantee my safety. Because I know that people like Poroshenko can easily order my elimination.”

On July 27, another ceasefire was declared on the front line. As there have been several ceasefires over the last six years, which have only been effective for a few days or even hours, there is little hope for this ceasefire either. 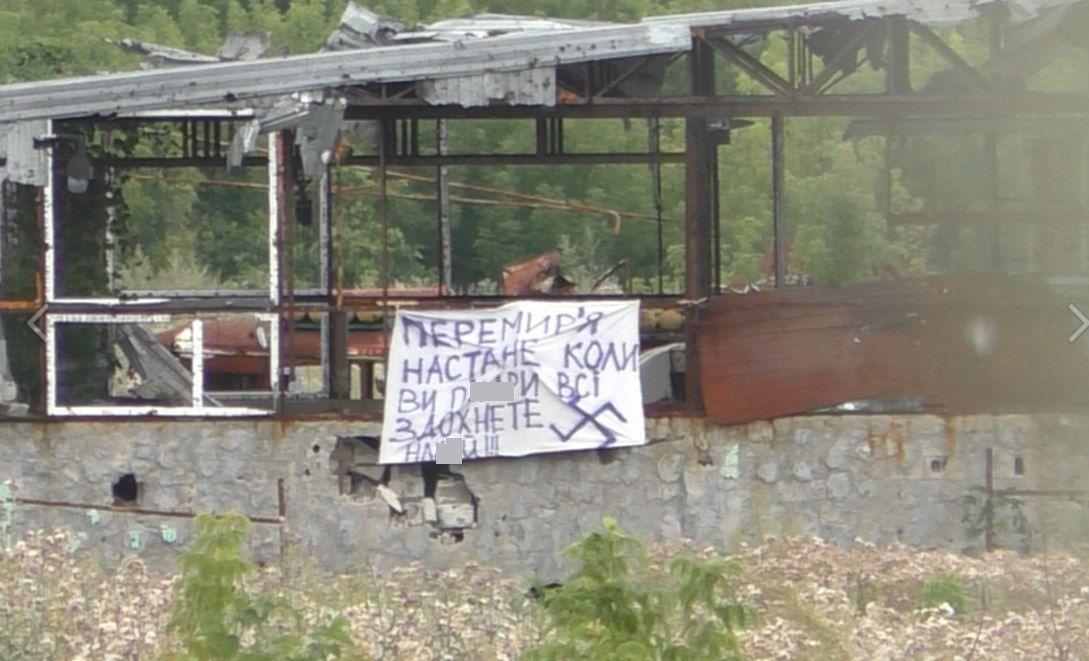 Then, on July 28, the Ukrainian military, who are also neo-Nazis volunteers to the regular army, hung posters along the front line, bearing Nazi swastikas [5]: “The truce will come only when all of you fagots die.” Unfortunately, this ceasefire is likely to be thwarted too, because peace is neither beneficial to the United States nor the Ukrainian military, as both are profiting from the war.

On July 30th, the declared ceasefire was, reportedly, broken, as all previous ceasefires. Lugansk People’s Militia (LPR) stated that it was fired and shelled by Ukrainian troops’ [6] 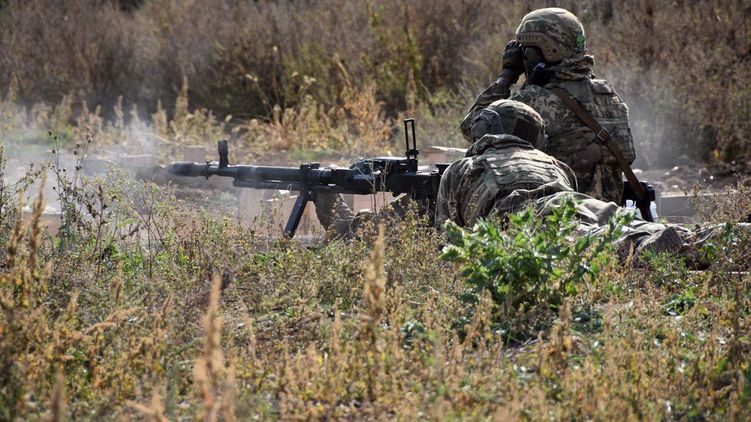 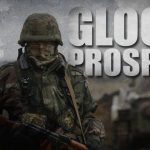 US presidential election and prospects of Kiev advance in eastern UkraineDonetsk and Lugansk, Ukraine, US 2020 elections 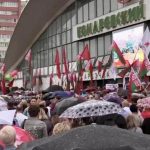