Johnson’s ’tilt’ to China getting nowhere 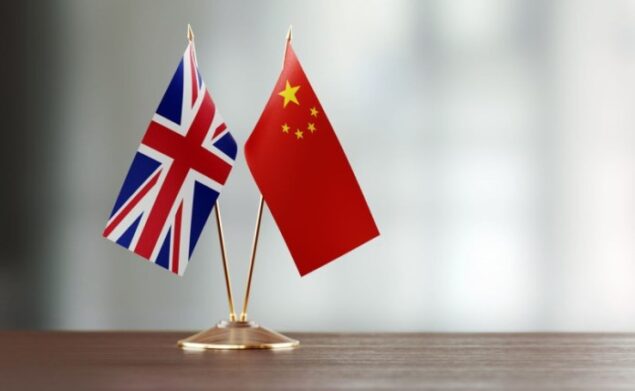 As the world emerges from its Covid-pandemic paralysis – albeit extremely unevenly – it will find itself in a new place, its economic centre shifted from West to East – for good.

As the world emerges from its Covid-pandemic paralysis – albeit extremely unevenly – it will find itself in a new place, its economic centre shifted from West to East – for good.

Johnson’s post-Brexit ‘tilt’ towards the Indo-Pacific might then seem a step in the right direction. But does it have to be military-led? In May, Britain sent its state-of-the-art Queen Elizabeth aircraft carrier strike group to the South China Sea to join military exercises with the US. The Government’s Integrated Defence Review places economic and foreign policy-making on a ‘defence’ footing – Russia still presents the most acute threat, but China is the “systemic competitor”. We should remain open to trade and investment, and co-operate on tackling climate change – but guarding against China’s apparent threat to our national security is the main preoccupation.

It is evident, now, that this kind of à la carte ‘co-operate and contain’ approach is getting nowhere, spiralling rapidly into an exchange of sanctions.

So far the ‘tilt’ has seen the biggest rise in defence spending since the Korea War. The Huawei ban was costly – estimates vary from £2bn to £18bn – and unnecessary, given the threat to national security was manageable. Now Britain-China economic relations are being put at risk.

Trade has increased dramatically since 2000, with China not only a source of cheaper imports, from smartphones to PPE, but also our third-largest market after the US and Germany, accounting for 7% of our exports. Over the last five years investment from China has poured in, backing everything from airports, to London’s black cabs, to football clubs. Last year, the Bank of China helped in the rescue of Jaguar Land Rover, and Chinese steelmaker Jingye completed a £1.2bn deal to save British Steel, securing 3,000 jobs. Chinese companies are invested in our water, oil and gas industries and, more controversially, our nuclear power sector; Chinese visitors help to keep our tourism sector buoyant; cultural exchanges open new opportunities for our artists; and many universities are reliant on income from the tuition fees of thousands of Chinese students. At least 150,000 jobs across Britain are attributable to economic links with China and Hong Kong.

Global Britain seriously needs a reality check when it comes to China. In 2020, the British and Chinese economies were roughly the same size; now China is five times larger. It is now is forecast to overtake US GDP within the decade.

Nevertheless, China is still a developing country with an average per capita income of around $10,000 – less than a quarter that of Britain and a sixth that of the US. The aim is to increase this to $21,000 by the mid-2030s, shifting from investment- to consumption-driven growth and from an exporter to an importer in the process.

The scope for growth is tremendous and not only in quantitative terms. China has some of world’s finest researchers and is investing heavily in R&D: collaboration in the future will help our scientists and engineers stay at the cutting edge of technological change and could also bring into play Britain’s particular strengths in green finance and clean energy.

All this should give Labour pause for thought. But what about China’s human rights abuses? Putting people before profits – this is surely what Labour should be about. But before reaching for the Magnitsky sanctions, the party needs to consider whether in fact we actually have any real leverage? Should we not take a constructive approach?

Facing developing country problems of a stagnating agriculture and a still large rural population, China is simply not up to our standards in terms of pay and conditions, health and education, environmental, legal and equalities practices and so on. In these early stages of developing a welfare state and professionalising government, Britain has much to offer. In our favour, Chinese people have positive views of Britain – Chinese leaders have long exhorted their population to ‘learn from the West’.

China poses no threat: it has not fought a war beyond its borders for over 40 years; it has never interfered in freedom of navigation; it has just one military base (in Djibouti); it continues to maintain a ‘no first use’ nuclear posture; and in the new battlegrounds of cyber-war and space – now to consume so much of our additional defence budget – China is open to negotiation.

The Tories’ military-led Global Britain will engulf the country in delusions of imperial grandeur, stoking anti-Chinese racism and right wing nationalism at home while alienating the Chinese public overseas, putting British jobs and livelihoods at risk and taking us towards a new Cold War.

Rather than following the same self-destructive patriotism, Labour should dare to open up debate on Britain’s place in the newly emerging global multipolarity. We need to consider pragmatically what should be done to adapt to China’s rise in the best interests of people in Britain. In this way, it has the chance of serving as a model in commitment to human rights – economic and social as well as individual – rather than lecturing others and indulging in empty virtue signalling.

Further reading: Global Britain returns to rule the waves; Neither Washington Nor Beijing?