The Joe Biden administration has already made its intentions clear about reversing, through a series of executive orders, some of the policies of the Trump administration.

The Joe Biden administration has already made its intentions clear about reversing, through a series of executive orders, some of the policies of the Trump administration. The new regime is well poised to reverse the over-all course of the previous regime. This includes not only domestic policies, but foreign relations as well. During the Trump era, China was the main focus of Washington’s global “trade war.” While the Democrats did criticize this war, their disagreement was only over war tactics and not the war itself. They agreed in principal that the US does need to counter China. It is, therefore, logical to see the Biden administration returning with a new strategy to tackle the rise of China. The new strategy, however, is not really ‘new’; it is only a return to the Obama era “Asia Pivot” policy, an idea that involved a major shift in the way the US would previously position itself in the Indo-Pacific region. It involved an enhanced military and naval deployment in this region and proposed to counter China militarily. “Asia Pivot” was to serve as the linchpin of US presence in the region. It was as much about countering the ‘China threat’ as about maintaining US supremacy.

The return to “Asia Pivot” or the arrival of “Asia Pivot 2.0” also fits well into Joe Biden’s political rhetoric about reviving America’s [lost] place in the global political order. The “Asia Pivot 2.0”, however, differs from the previous “Asia Pivot” with respect to the weightage it gives to using economic means to counter China in the Asia-Pacific.

The arrival of “Asia Pivot 2.o” is evident from the choices Joe Biden has made with regards to his aide and advisors. On top of the list are Kurt Campbell and Jake Sullivan, who would serve as Biden’s “Indo-Pacific advisor” and National Security advisor, respectively. The duo has a history of working together and “inventing” ideas about the ways and means of countering China.

In a 2019 essay that they co-authored for Foreign Affairs magazine, they argued while the Trump administration was correct in changing America’s view of China as a “strategic competitor”, their decision “to pick trade fights with US allies rather than rally them to a common position vis-à-vis China is such a waste of American leverage.”

The argued that instead of engaging China in a costly “trade war”, US interests will have been much better served if the Trump administration had followed a policy of pitching development ideas to “countries [in the Asia Pacific] about the kinds of high-quality, high-standard investments that will best serve progress. Supporting investments not because they are anti-Chinese but because they are pro-growth, pro-sustainability, and pro-freedom will be much more effective over the long term….. This course of action will require an injection of multilateral funding from the United States and its allies and partners that can give countries genuine alternatives.”

This will need a ring of allies around China, and Washington, the authors argue, will need to “deepens all those relationships and works to tie them together. Although much of the discussion on US-Chinese competition focuses on its bilateral dimension, the United States will ultimately need to embed its China strategy in a dense network of relationships and institutions in Asia and the rest of the world.”

Therefore, “the United States needs to get back to seeing alliances as assets to be invested [militarily and economically] …. In the absence of any meaningful capacity to build its own network of capable allies, Beijing would like nothing more than for the United States to squander this long-term advantage.”

Accordingly, the Biden administration, advised Campbell and Sullivan, would be seeking to rebuild Asian alliances to produce a more effective anti-China coalition.

There is a special role for the US military power to build this coalition. Kurt Campbell recently said that the US military presence in Asia was a “ticket to the big game” in Asia. The big game needs be played effectively and with an enhanced focus on deterring China through relatively inexpensive and asymmetric capabilities such as cruise and ballistic missiles, unmanned carrier-based aircraft, submarines, and high-speed strike weapons.

While the Biden administration is, therefore, well poised to reignite tensions with China, the “Asia Pivot 2.0” comes at a time when China’s position in the region has undergone a massive transformation. It is already much more acceptable in ASEAN than it was in the Obama era. China’s growing economic relations with ASEAN, evident from some recently signed trade pacts, is putting the US alliance system under a lot of stress.

To fully revie the “Asia Pivot”, the US needs allies. However, most of the traditional US allies, including Thailand and the Philippines, have already redefined their relations with China in the wake of American exit from the region under the Trump administration.

As a result, an increasing number of US allies have already shifted towards either neutrality between Beijing and Washington or simply acceptance of China as an economic partner in the wider regional game. This acceptance is also a result of a widely shared belief in ASEAN that China is well placed to overtake the United States as the largest economy in the next ten to 15 years. Making friends with China, therefore, makes a strong sense for countries in Asia-Pacific region. What, however, does not make sense is the militarily engaging with the US to confront China and thus put RCEP, a hard negotiated deal, at a risk of collapse and thus threaten the whole region.

Ground realities, in other words, are not ideally suitable for an ambitious military and economic intervention that Campbell and Sullivan would want Joe Biden to make. The “Asia Pivot 2.0”, very much like Trump’s ambitious “Indo-Pacific Strategy” would most likely fail to reverse the existing ground realities to the US advantage. 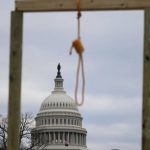 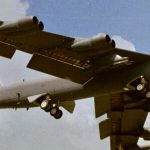