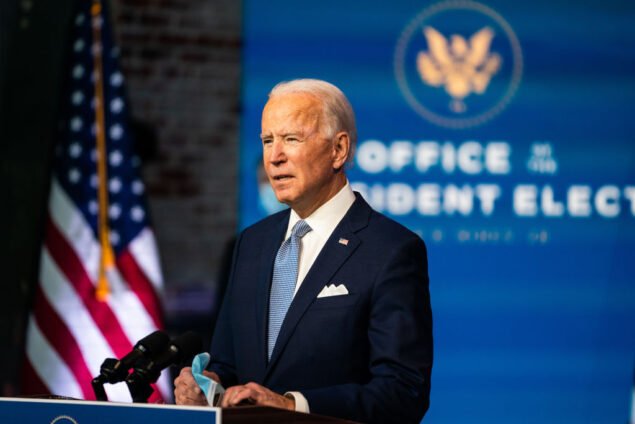 The former vice president reportedly opposed a lot of bad wars under Obama. His advisors are a very different story.

Considerable controversy has emerged in both the foreign policy community and the news media over whether Joe Biden’s administration will reflexively restore America’s pre-Trump approach to international affairs. On no issue is that question more crucial than with respect to Syria, and on no issue is it more imperative that Biden repudiate the legacy of the Obama administration. A failure to take that step will cause the United States to become even more deeply mired in the Syrian quagmire. Not only would such an unwise course create another endless U.S. war similar to the interventions in Afghanistan and Iraq, it would heighten the danger of a collision with Russia, since the Kremlin continues to have a sizable military presence in Syria to support Bashar al-Assad’s government.

Fortunately there is evidence that Biden himself might be resistant to entangling the United States in yet another nation-building crusade. In their memoirs, Obama’s secretary of defense, Robert M. Gates, and his deputy national security adviser, Ben Rhodes, confirm that Biden opposed the 2011 regime change war in Libya. Rhodes recalls that at a key March meeting of the president and his foreign policy team, “Biden said that intervention was, essentially, madness—why should we get involved in another war in a Muslim-majority country?” Rhodes also contends that “the only senior official who consistently opposed sending more troops to Afghanistan was Joe Biden.”

Initially at least, Biden was wary of U.S. involvement in Syria as well. Foreign policy analyst Daniel R. DePetris notes that the vice president was “one of the Obama administration’s leading skeptics about what the United States could do in Syria—and indeed, whether the U.S. should do much of anything at all” other than provide humanitarian aid. During the 2012 vice presidential debate, Biden also excoriatedGOP presidential nominee Mitt Romney for his pro-war talk regarding Syria, asserting that “the last thing America needs is to get into another ground war in the Middle East.” He was especially uneasy about the increasingly evident domination of Syrian rebel forces by extreme Islamist elements and was vocal in his criticism of Washington’s Sunni allies for supporting them. In a 2014 interview, Biden complained that Sunni governments “poured hundreds of millions of dollars and tens of tons of weapons into anyone who would fight against Assad—except that the people who were being supplied were al-Nusra, and al-Qaeda, and the extremist elements of jihadis who were coming from other parts of the world.”

Those positions are encouraging. Unfortunately, Biden appeared to have little impact on the Obama administration’s policies. Also his position regarding Syria hardened over time. By 2019, he was joining most other prominent Democrats to denounce President Trump for ordering a partial withdrawal of U.S. troops from northern Syria.

Moreover, even if Biden is personally wary of increasing Washington’s footprint in Syria, several members of the foreign policy team that he’s assembling have been longtime advocates of a more activist U.S. policy. John Kerry was an especially vocal proponent of that course. He expended great effort as Obama’s secretary of state in trying to sell the bogus narrative that al-Nusra and other extremist forces were actually “moderates.” Fortunately, the mission that Biden has assigned to Kerry will keep him busy tilting at the windmills of climate change and should keep his malignant influence away from Syria.

Unfortunately, the same is not true of Biden’s choice for secretary of state, Tony Blinken. As a long-time adviser to Biden, Blinken appeared to be largely in accord with the views of his boss on most foreign policy issues. However, two areas where the incoming secretary of state differed with Biden were Libya and Syria. Blinken favored a much more activist, militarized approach in both cases, including armingthe motley Syrian rebels. He also implied that the main problem with Washington’s disastrous war in Iraq was poor execution—not that the intervention was conceptually flawed. Several of Biden’s other choices for key positions, including Jake Sullivan, designated to be national security adviser, and Avril Haines, the nominee for director of national intelligence, have well-earned reputations for embracing regime change wars.

Biden’s decision to appoint hawkish advisers is not a trivial problem. The orientation and quality of a president’s foreign policy team matters a great deal. A key defect in Donald Trump’s administration was his habit of surrounding himself with advisers who did not share (indeed, in many cases actively opposed) his desire to wind down America’s wars and de-emphasize Washington’s hoary alliances inherited from the Cold War.

Trump’s blunder was most apparent with appointees such as Secretary of Defense James Mattis and National Security Adviser John Bolton. One example of how hawkish advisers were able to exert a corrosive influence was Trump’s 2017 decision to increase the U.S. troop presence in Afghanistan rather than execute the long-overdue withdrawal that he had promised during the 2016 campaign. Trump stated candidly that although his instinct had been to order a withdrawal, his advisers, including the military commanders in Afghanistan, dissuaded him from doing so after a lengthy policy review.

If Biden is not extremely careful, his foreign policy team may attempt to exert similar influence over Syria policy. They’re also likely to have the backing of the career bureaucrats in the State Department and other agencies. In June 2016, 51 State Department diplomats signed a memo criticizing President Obama’s Syria policy as being too passive; instead they urged military strikes against the Assad government. It’s unknown how many of those officials are still on the job, but it’s likely that those who are (as well as like-minded new personnel) will push for a much more activist approach to Syria.

One must hope that Joe Biden has both the political and policy wisdom to reject calls for the United States to wage yet another forever war. Equally important, one must hope he has the fortitude to resist the likely pressure within his own administration to deepen U.S. meddling in Syria. Our existing policies have helped bring enough tragedy to that unfortunate country, including an estimated 5.5 million refugees and more than 400,000 fatalities. The new president needs to bring about an emphatic departure.

Ted Galen Carpenter, a senior fellow in security studies at the Cato Institute and a contributing editor at The American Conservative, is the author of 12 books and more than 850 articles on international affairs.