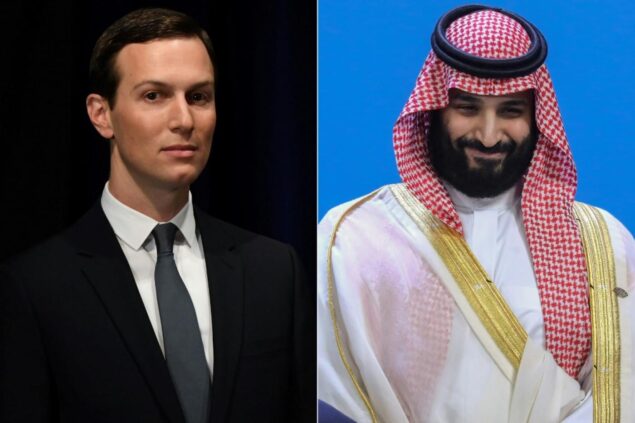 White House senior adviser Jared Kushner and his team are heading to Saudi Arabia and Qatar this week for talks in a region simmering with tension after the killing of an Iranian nuclear scientist, according to Reuters.

A senior administration official said on Sunday that Kushner was to meet Saudi Crown Prince Mohammed bin Salman in the Saudi city of Neom, and the emir of Qatar in that country in the coming days.

Bin Salman had been reluctant to accede to demands from Israeli Prime Minister Benjamin Netanyahu to agree to an attack on Iran when they met last Sunday in Neom, Saudi sources with knowledge of the meeting told Middle East Eye.

Bin Salman’s reluctance was said to be for two reasons. Firstly, he read two recent attacks on Saudi oil targets as warning messages from Iran delivered by proxies.

Secondly, he doubts the US response under President-elect Joe Biden’s incoming administration, in the event of a prolonged series of strikes and counter strikes, believing Biden’s first response to a Gulf crisis would be to de-escalate before negotiating a nuclear deal with Tehran.

“Once again, the evil hands of global arrogance and the Zionist mercenaries were stained with the blood of an Iranian son,” Rouhani told a televised cabinet meeting.

Accused by the West and Israel of being behind alleged attempts to develop a nuclear weapon, Fakhrizadeh had been killed when a gunman ambushed him in his car.

Kushner and his team have helped to negotiate normalisation deals between Israel and Bahrain, the United Arab Emirates and Sudan since August.

The official said they would like to advance more such agreements before President Donald Trump hands power to President-elect Joe Biden on 20 January.

US officials believe enticing Saudi Arabia into a deal with Israel would prompt other Arab nations to follow suit.

But the Saudis do not appear to be on the brink of reaching such a landmark deal and officials in recent weeks have been focusing on other countries, with concern about Iran’s regional influence a uniting factor.

Days before the killing of Fakhrizadeh, Israeli Prime Minister Benjamin Netanyahu had travelled to Saudi Arabia and met with bin Salman, an Israeli official said, in what was the first publicly confirmed visit by an Israeli leader.

Israeli media said they were joined by US Secretary of State Mike Pompeo.

Bin Salman and Netanyahu fear Biden will adopt policies on Iran similar to those adopted during Barack Obama’s presidency which strained Washington’s ties with its traditional regional allies.

Biden has said he will rejoin the international nuclear pact with Iran that Trump quit in 2018 – and work with allies to strengthen its terms – if Tehran first resumes strict compliance.

The senior administration official, speaking to Reuters on condition of anonymity, declined to give more details of Kushner’s trip for security reasons.

The official said Kushner met at the White House last week with the Kuwaiti Foreign Minister Sheikh Ahmad Nasser Al-Mohammad Al-Sabah. Kuwait is seen as critical in any effort to resolve a three-year rift between Qatar and other members of the Gulf Cooperation Council.

Saudi Arabia, Egypt, Bahrain and the United Arab Emirates, which comprise the GCC, cut diplomatic ties with Qatar in 2017 and imposed a boycott over allegations that Qatar supported terrorism, a charge it denies. 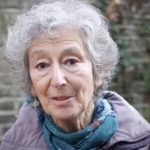 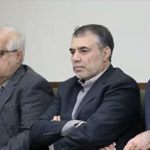