January update: air crash in Iran and the depopulation of Ukraine 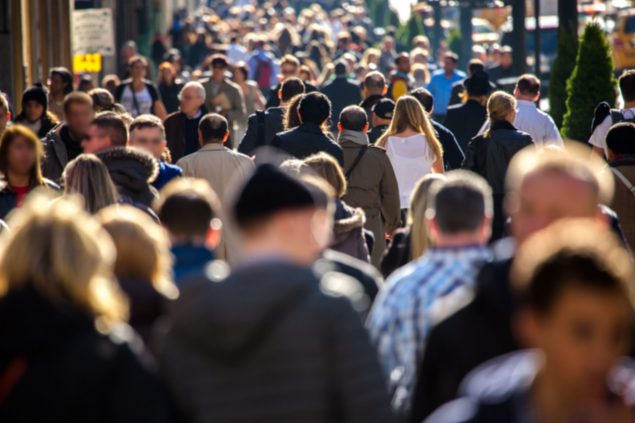 Written exclusively for the New Cold War website, this update – the first for 2020 – is from our regular contributor on Ukraine, Dmitriy Kovalevich. This month he covers events surrounding the tragic downing of the Ukraine jet in Iran and the Kiev’s response, as well a series of scandals at the heart of government.

The new Year began with an escalation of bloodshed in the Middle East with US military incursions against Iran and Iraq, which eventually impacted on Ukraine too.

The murder of Iranian general Qassem Soleimani nearly resulted in new and murderous world war. The response from Iran, however, led to the tragic downing of a Ukrainian jet and the death of the 176 people onboard. Iran has recognized the tragic error and expressed a wish to compensate the victims’ families. The person responsible for the plane’s downing is alleged to have been imprisoned, although the Iranian authorities have also claimed that the US shares responsibility both for the military escalation and the disastrous accident.

For the first few days the Kiev authorities were at a loss to know how to react; more than likely they were waiting for instructions from the Whitehouse. Paradoxically, despite Iran’s apologies and their promises of compensation, Kiev condemned Iran, demanding sanctions… as well as apologies and compensation. This all sounds as if Kiev was merely blindly repeating the orders they had been given – to put Iran under pressure – without listening to what the country was already saying.

The [1] left-wing Ukrainian journalist, Andrei Manchuk, wrote, “The assassination of Iranian General Soleimani and the group of Iraqis who met him, drew the fervent approval of Ukrainian Internet patriots – although many of these people are certain to confuse Iran and Iraq among themselves, and will not immediately find these countries on a geographical map. Journalists, bloggers, and opinion leaders warmly approve the actions of the US authorities, that without declaring war bombed foreign citizens on the territory of a state which their army occupies. Moreover,” he continued, “they are calling for an expansion of the practice of ‘pre-emptively combatting terrorism’, blatantly pointing to potential targets for new air attacks – such as somewhere in Donetsk or Lugansk.”

A series of Ukrainian scandals

As a reward for this subservient position, almost every new Ukraine minister demanded a salary increase, while cutting those of ordinary Ukrainians. One more scandal outraged Ukrainians in January, when new ministers and senior officials published data on their official salaries that they had assigned to themselves. It transpired that they has raised their own salaries several times – but not for anyone else. In an attempt to justify their decision, some ministers claimed that they just… needed the money or were unable to feed their families on a measly few thousand USD a month. This reveals that either the new ministers are unaware of how most Ukrainians live or they do not consider them to be equal entities.

For instance, the official salary of Ihor Smeliansky, head of the Ukrainian Post Office, is now 230% higher [2] than the salary of US president Donald Trump ($951 0000 versus $400 000). Ihor Smeliansky has likewise raised his salary – by 300% since last year [3]. At the same time, the Post Office is teetering on the brink of bankruptcy and regular postmen are quitting their jobs by the thousand because they are unable to survive on $150 per month. Officially, Ukraine is the poorest country in Europe, while the salaries of its top-ranking officials are among the highest. Furthermore, Ukraine’s oligarchs are purchasing luxurious properties: for example, in January, Rinat Akhmetov, the country’s wealthiest oligarch, added a mansion in France to his exclusive property portfolio, for which he paid 200 million Euros [4].

Following mass public outrage, the ministers used a different justification for their salary hike. According to them, their behaviour is a sort of fight against corruption: to end embezzlement from the budget they openly chose to assign themselves massive salaries instead. One could suppose that such salary hikes are a reward for the ministers’ hard work but the next scandal totally debunks this naïve assumption.

In mid-January, a further disgrace came to light in Kiev, this time relating to audio leaks from a Cabinet session. The Prime-Minister, A Goncharuk, was heard confessing that he knew nothing about the economy but his task was to trick the president, who is also incompetent in this field. “Zelensky has a very primitive understanding of economic processes,” he said. “He understands that there is such a thing as balance of payments. And our balance of payments is wrong, and the Ukraine’s currency has greatly strengthened.” The prime minister was then heard to say, “He [Zelensky] does not have this [awareness] in his head. We need to show him and we need to look very realistic for him; we will speak with him… Until the president gets an answer to this question inside his head, he will have an empty place there.[5]”

The scandal resulted in the PM’s resignation, on January 17, 2020; however, the process of resignation once again revealed the two men’s ignorance. The PM submitted his letter of resignation to the president, even though he should have submitted it to the Parliament, which was responsible for his initial appointment. Nonetheless, the president accepted the letter; promising to consider it, even though this was technically beyond his powers. But then, when the IMF recommended that the existing Cabinet remained, the president immediately refused to accept the resignation. Instead, he ordered an investigation into who had leaked the scandalous audio.

Escalation in the military conflict in Donbass

January was also marked by a new escalation in the military conflict in Donbass, despite all the preceding ceasefire agreements. Andrei Zagorodniuk, the Defence Minister of Ukraine, then claimed on January 22 that Kiev was against the withdrawal of forces along the frontline, saying that by then the conflict would be frozen [6]. Any negotiation regarding the Donbass conflict could last for years (they have been known to last for five years) but Kiev cannot accept a genuine ceasefire. This is due to Kiev preferring to voice the position of the US, which sees the continuation of the conflict as grounds for the continuation of the sanction policy, in its struggle for European markets.

This warmongering and neoliberal policy is undoubtedly leading to a decrease in the population. In January, Ukraine’s Cabinet published a statement on the number of Ukrainians remaining in the country. Since 2001, successive Ukrainian governments have not dared organize a census poll for fear of unpleasant results. The new Cabinet, at the demand of the UN, decided to replace a census poll with data from mobile operators based on the number of sim-cards. This sort of ‘census’ revealed that there live some 37 million in the country (20 million women; 17 million men [7]). When Ukraine gained independence in 1991 the population of the country was 52 million. This shows a population decrease of 15 million over 28 years. To this we can add three to nine million labour migrants. This is how real depopulation looks. And the more Ukraine’s existing population decreases, the more successive Kiev governments spread stories about ‘holodomor’ in the media and school curricula. This is despite the fact that no census poll from the 1930s reflects such a decrease of population during that period. Commenting the data for the current population of the country, Alexander Dubinsky, the deputy of the ruling People’s Servant party, emphasized that the sharp decrease occurred without war, famine, natural disaster or communists. “But I suggest the Soviet Union is to blame for that, nevertheless, because otherwise it is unclear who is to blame”, said the deputy with obvious irony intended.

Furthermore, such depopulation also puts Ukraine’s economic prospects at risk. Most migrants are young workers and the country’s economy is now relying even more on its elderly. The Ukrainian economist, Igor Garbaruk, estimates [8] that, in the foreseeable future, only some 25 million Ukrainians will remain and most of them will be pensioners and policemen. This means that producing almost nothing, the country will be always dependant on foreign financial aid.

In January, Kiev media reported [9] that during the previous year Ukraine’s foreign debt grew by $6 billion; it now amounts to $84.4 billion. The government’s recipe for maintaining the economy and paying its debts requires it taking out more loans, even though in the long term they will be unable to sustain the repayments. However, this prospect is apparently of no concern to members of the Kiev government – they see their own future and those of their children in western countries. Neither is this prospect of concern to the western politicians, who dictate modern Ukraine’s policy, as in the long-term they see Ukraine merely as an instrument with which to confront and undermine Russia.