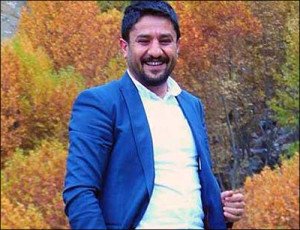 Firat Erdem, a teacher and the head of the Education Personnel Union’s (Egitim-Sen) Saros branch, was arrested on Wednesday on the charge of insulting President Recep Tayyip Erdogan on social media.

An investigation was launched into Erdem over his social media posts some time ago. According to several media outlets, he was called to the Saros Police Department for interrogation on Thursday and then referred to a court in Saros, a district of Batman province. The court then arrested Erdem on charges of insulting Erdoğan in a number of Twitter posts.

In a written statement on Thursday, members of the Saros Eğitim-Sen branch said the arrest of Erdem was a clear indication of government oppression on freedom of speech. “Fırat Erdem was arrested due to critical messages he posted on social media. In his posts, he neither uttered any names nor explicitly directed any accusations at anyone. Freedom of expression and thought, which is one of the most crucial pillars of democracy, has unfortunately been trampled on,” the statement read.

More than 250 people have been prosecuted for insulting Erdoğan, a crime for which only one person was tried under the previous four presidents, according to a Sözcü daily report in November. Journalists, public figures and even ordinary citizens who are critical of Erdoğan and the Justice and Development Party (AK Party) have been targeted by police and prosecutors with the same charge, which is widely considered to be a new method of intimidating political opponents.

In April, the international advocacy group Human Rights Watch (HRW) called on Turkey to end prosecution for insulting public officials, criticizing the increasing number of criminal cases, some filed against minors, in the country.

An Istanbul court has sentenced former Justice and Development Party (AK Party) deputy Feyzi Isbasaran to more than two years in prison on the charges of insulting President Recep Tayyip Erdogan via Twitter. The former deputy was arrested on Dec. 8, 2014 after posting offensive tweets about President Erdogan. He was then released pending trial in January.

The indictment against İşbaşaran confirmed the tweets in question were posted from a cell phone and tablet that belonged to İşbaşaran before they were deleted. According to the indictment, İşbaşaran used severe profanity in messages referring to the president and his wife, though he claimed in his defense the tweets addressed an individual named A.O.

President Recep Tayyip Erdoğan gave a statement for the new year on Thursday in which he said more than 3,000 members of the terrorist Kurdistan Workers’ Party (PKK) were killed during operations conducted by Turkish security forces in 2015. He claimed that a total of 3,100 terrorists were killed in 2015, both in Turkey and in northern Iraq operations, adding that more than 200 members of the Turkish security forces had been slain. 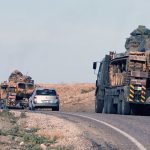 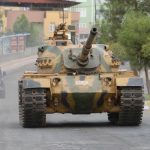 Turkey’s military onslaught on the Kurds: Why are Europe and the U.S. silent?Feature Articles, Turkey / Türkiye