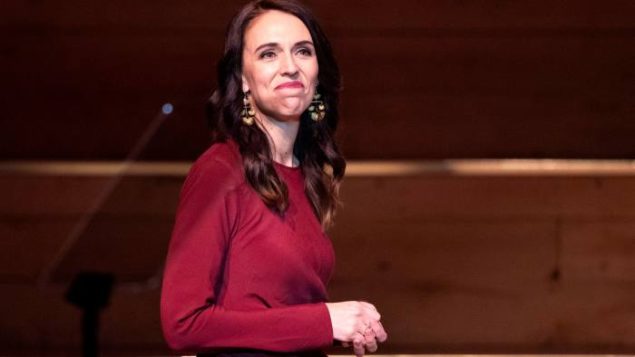 Jacinda Ardern will serve a second term as New Zealand prime minister following Labour’s landslide victory in an election on Saturday, which delivered a major shift towards progressive parties.

With most of the votes counted, Labour has won almost 50 per cent of the vote compared to 27 per cent for the opposition National party — a result that could allow the party to form the first majority government in the Pacific nation since 1996.

The resounding victory follows a Labour campaign that focused on Ms Ardern’s strong and empathetic leadership during a series of crises, including Covid-19 and the murder of 51 Muslims in Christchurch by a far-right extremist in 2019. “Tonight New Zealand has shown the Labour party its biggest support in 50 years . . . “It is clear that Labour will lead the government for the next three years,” Ms Ardern told cheering supporters in Auckland.

She said Labour would govern on behalf all New Zealanders and had not ruled out entering a coalition with the Green party, despite winning enough seats to govern alone. New Zealand First, a nationalist party currently in coalition with Labour, is unlikely to win any seats, preliminary results show. Judith Collins, leader of the centre right National party, congratulated Ms Ardern on a “great result” for Labour and said the party would be back in three years’ time.

The result delivers a strong domestic mandate to Ms Ardern, whose Labour party were outpolled in the 2017 election by the National party but managed to cobble together a ruling coalition to form government. During the campaign Labour pledged to tackle inequality but put forward few concrete policy proposals, apart from raising taxes for people earning more than NZ$180,000 ($119,000).

Bronwyn Hayward, professor of politics at University of Canterbury, said Labour’s victory was unprecedented under the electoral system introduced in 1996. The Green party’s strong showing, attracting 7.5 per cent of the vote, demonstrated a big shift towards progressive parties.

“The challenge now for the prime minister and Labour is strategic — do they decide to open this historic victory to support parties, the Greens and perhaps Maori party? “And will a Labour government, led by the most popular prime minister in New Zealand’s history be incrementalist or transformative in tackling the most significant challenges any New Zealand government has faced in peace time?”

During her first term in office the 40-year-old Labour leader was lauded by international media as a progressive “anti-Trump” figure, who promoted multilateralism and tolerance. But it was her decisive action and clear communication during the Covid-19 crisis that delivered a historic election victory.

When the pandemic struck, New Zealand sealed its borders and implemented a strict lockdown. Only 25 people have died of Covid-19. Community transmission of the virus was eradicated last week for a second time in New Zealand following an outbreak and another strict lockdown in Auckland.

The success in tackling the pandemic has enabled New Zealand to remove almost all social-distancing restrictions bar the closure of its borders and strict quarantine arrangements for returning residents.

Last week Ms Ardern attended a New Zealand-Australia rugby match in front of a capacity crowd in Wellington, one of the first international sports events held without social-distancing curbs during the Covid-19 era. Labour benefited, too, from disarray in the National party, which has changed leader three times since February 2018.

Todd Muller stepped down in July, citing health concerns, and was replaced by Ms Collins, a 61-year-old combative politician, who earned the nickname “Crusher Collins” for proposing to destroy the cars of “boy racers” while serving as police minister.