Ukraine will implement a ban on trade with Crimea beginning in 30 days, the governing regime in Kyiv announced on December 16. The announcement was made by Prime Minister Arseniy Yatsenyuk following a meeting of the government he co-leads. 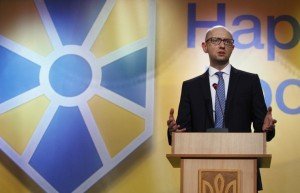 Kyiv’s decision follows several weeks of watching how Western governments and media have reacted to Ukraine’s severing of Crimea’s electricity service on November 20 and 21. The four electricity lines feeding Crimea from Ukraine were blown up on those dates by right-wing extremists. This adds to a food-transport blockade to Crimea that was begun by Ukrainian extremists on September 20. It has proceeded with impunity from Ukrainian officials.

Following the terrorist bombings of the electricity lines, the regime which Yatsenyuk co-leads with President Petro Poroshenko instituted a road-transport blockade to Crimea (on November 23). It also declined to reconnect the peninsula to electricity service from Ukraine.

The smallest of the four lines that were blown up was recently reconnected, providing some 200 megawatts of power daily. But in making his trade blockade announcement, Yatsenyuk’s also said that electricity service to Crimea will henceforth be decided according to the political whims of the moment. Specifically, the country’s national security apparatus will decide when electricity will and will not flow.

The reaction in the West to Ukraine’s food-transport and electricity blockades? Not a peep of protest. So on to a full trade blockade.

There are interesting comparisons here with the Israeli blockade of the Palestinian territory of Gaza. The civilized world condemns that blockade. The majority of the countries at the United Nations have voted accordingly on numerous occasions (even if Israel and the U.S. snub those votes). But Crimea’s situation as a member of the Russian Federation makes a blockade by Ukraine an inconvenience, not a humanitarian crisis. Combined with the confusion in the Western world over Crimea’s referendum vote to secede from Ukraine in March 2014 (mistakenly called a “Russian annexation”), opposition to a Crimea blockade is muted.

In the European Union, small member-countries that might be uneasy about seeing a small territory such as Crimea blockaded with impunity simply have no right or power to express concern. The handful of large countries in the EU run the show. The Greek people learned that lesson earlier this year when they were threatened with a punishing financial embargo if they tried to buck EU austerity policies.

A similar silence prevails in the West over the economic sanctions levied against Russia by the imperialist countries beginning in March-April 2014. The sanctions were imposed because Russia respected the result of the referendum vote in Crimea that month to rejoin the Russian Federation. Here too, confusion over Russia’s role in events in eastern Ukraine influences the discourse. Western media and governments shout that the civil war of the Kyiv regime in eastern Ukraine is actually a case of “aggression” or “invasion” by Russia.

Crimea, meanwhile, is getting on with full electricity independence from Ukraine. It is near-to fully re-establishing its electricity supply after the connection of a second, emergency cable installation from Russia on December 15. The two cables provide app. 400 megawatts daily of supply. Rolling electricity blackouts should now end. Full electrical independence will be achieved by next summer when another app 400 MW of supply from Russia is connected. Electrical generation stations being built on the peninsula will come into service in 2017 and 2018. 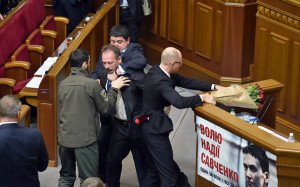 Several days ago, Yatsenyuk was hauled out of the speaking rostrum in the Rada (Parliament) while giving an annual financial report. An irate deputy from the ‘Petro Poroshenko Bloc’ caucus, Oleg Barna, presented the prime minister with a bouquet of flowers and then tried to haul him away. It was a symbolic ‘expulsion’ from the appointed post of prime minister.

The deputy says Yatsenyuk is leading Ukraine to economic ruin, a view that is widely shared across the ‘Maidan’ political spectrum in Ukraine, from right to extreme right.

But Yatsenyuk as well as serious observers know where the real power lies in Ukraine–in the U.S. embassy. So as long as Yatsenyuk enjoys the embassy’s confidence, he is going nowhere.

The blockade of Crimea has seriously harmed farmers, truckers, traders and manufacturers in Ukraine. It harms anyone who benefits economically when Crimeans (and other Russians) travel to Ukraine or when they buy products from there. But so what? The austerity regime in Kyiv owes its loyalty to Brussels and Washington, not to the Ukrainian people.

Read also:
Reviled by Ukrainians but backed by U.S., PM Yatsenyuk stays on, by Alexander Mercouris, Russia Insider, Dec 17, 2015
Who needs popular support when you have the backing of Uncle Sam? Despite popularity in the single digits, Yatsenyuk soldiers on as the PM of Washington’s client state of Ukraine.

U.S. has a plan if Ukraine collapses, commentary by Rostislav Ischenko, published on Russnov.ru, Dec 14, 2015, translated to English on Fort Russ

Crimea is close to full electricity supply, but rolling blackouts still in placeCrimea 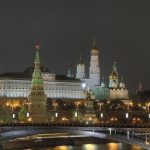