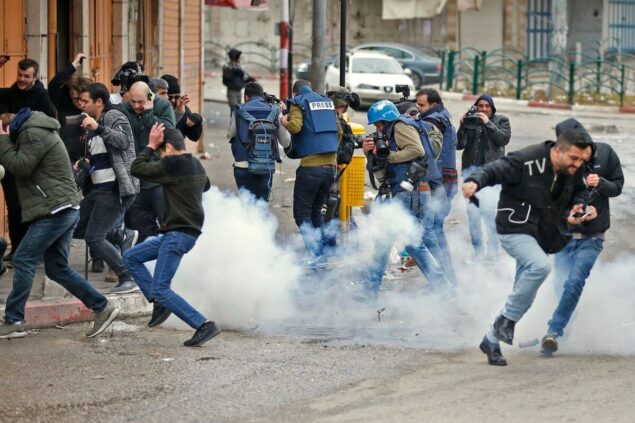 [HAZEM BADER/AFP via Getty Images]
There is an old saying that you should not put the fox in charge of the hen house. It makes perfect sense, and yet that’s exactly what Western governments are increasingly starting to do when it comes to their freedom of speech policies. All bluster about “cancel culture” aside, the leading threat in the world today to freedom of speech is the ever-increasing crackdown on the right to speak out in support of the Palestinians.

There is an old saying that you should not put the fox in charge of the hen house. It makes perfect sense, and yet that’s exactly what Western governments are increasingly starting to do when it comes to their freedom of speech policies. All bluster about “cancel culture” aside, the leading threat in the world today to freedom of speech is the ever-increasing crackdown on the right to speak out in support of the Palestinians.

Israel’s military dictatorship against the Palestinians in the West Bank and Gaza Strip; its apartheid regime against its own Palestinian citizens; and its adamant denial of the Palestinian refugees’ legitimate right to return to their land are all such transparent injustices that the Palestinian cause has always been popular across the world. That means that Israel cannot win the argument on the popular level. Instead, it wants to suppress free speech of the kind that I have just employed here, and outlaw public exposure and discussion of its breaches of international law and human rights violations. This, of course, starts in the occupied West Bank.

Under Israel’s regime there, Palestinians have no right to speak out against the military dictatorship that controls every facet of their lives. They can be thrown into prison on the say-so of an army officer, with no charges or any semblance of due process. Protests are routinely banned; journalism, poetry and literature speaking out against the occupation are slapped with the label “incitement” and stamped out; and unarmed Palestinian activists and campaigners are routinely thrown into prison.

Khalida Jarrar is just one example; she’s a leading women’s rights activist and socialist Palestinian lawmaker. On 1 November last year, she was abducted by Israeli army thugs and thrown in jail. More than a year later, she continues to be detained without charge or trial.

By way of contrast, Jewish citizens of Israel – including the settlers who dominate the West Bank in their illegal colonies — are granted the right to freedom of speech under Israeli law. This is clear evidence that not only is Israel a military dictatorship, but it is also an apartheid military dictatorship and a Jewish-supremacist state. In fact, that is the reality of Zionism.

Nevertheless, full control of the lives and speech of Palestinians is not enough to satisfy Israel’s thirst for domination. The Zionist state relies on support from European governments and — especially — from the US. The latter subsidises Israel’s armed forces to the tune of $3.8 billionevery year, with this figure looking set to rise in a new deal that the pro-Israel lobby is aiming for during Joe Biden’s presidency.

Israel’s position as a small, European settler-colony surrounded by millions of indigenous people who it denigrates as hostile natives (a “villa in the jungle,” as Israel’s racist Prime Minister Ehud Barak once put it) makes such military and political subsidies essential if it wants its unjust regime to survive. This means that any threat to this political and military support for Israel in Western countries must be counteracted swiftly.

It is for this precise reason that Israel has for years been waging what it calls a “war” against the BDS movement, the popular campaign to put pressure on Israel through boycotts, divestment and sanctions until it complies with the requirements of international law on Palestinian human rights. A major part of this “war” against Palestinians and their rights has been for Israel to pressure, convince and lobby Western governments into suppressing and outlawing Palestine solidarity campaigns such as BDS. That’s why Israel represents such a major threat to freedom of speech in Britain and the United States.

Last year, Israel’s then “Strategic Affairs” Minister Gilad Erdan took credit on behalf of the Israeli government for a wave of anti-BDS laws and measures in the US. “Our efforts are producing results,” he said. “Twenty-seven US states now have counter-BDS legislation. Let’s give a hand to all the governors and state legislators who supported this law. They deserve it.”

Since then, that number has risen to 30 US states, with 202 anti-BDS bills having been introduced to date.

Moreover, just this week, Canadian Prime Minister Justin Trudeau anointed leading pro-Israel lobbyist Irwin Cotler as Canada’s “special envoy” against anti-Semitism. Cotler’s true role, though, will not be to protect Jews against bigotry or hatred. Instead, it will be to implement and enforce the International Holocaust Remembrance Alliance’s bogus definition of anti-Semitism, which conflates criticism of Israel and Zionism with hatred of Jews.

As Canadian organisation Independent Jewish Voices explained on Wednesday, Cotler “has long been one of the world’s leading proponents of the ‘new anti-Semitism’ discourse, which paints supporters of Palestinian human rights as anti-Semitic. His appointment today to this position is troubling.”

Trudeau’s appointment of Cotler is quite similar to Trump’s appointment in 2018 of Kenneth Marcus as the US Department of Education’s top civil rights enforcer. In both of these cases, Western governments were putting the fox in charge of the hen house. For years, Marcus pioneered the “lawfare” strategy of abusing US civil rights law by attempting to mobilise it in defence of Israeli crimes and arguing that criticism of Israel was “anti-Semitic”. Trump appointed Marcus at the behest of the pro-Israel lobby to run the very same government department that he had been lobbying for years as a “lawfare” operative on behalf of the state of Israel.

We face a similar threat in Britain, with the government’s appointment of John Mann — a former Labour MP who was so anti-socialist that he quit the party under Jeremy Corbyn and was given a life peerage in return — as it’s so-called “Anti-Semitism Tsar”. The irony is obvious, given that the real Tsars were brutally and violently anti-Semitic in Russia before they were overthrown by the communist revolution in 1917.

Mann has essentially based his whole career on smearing Palestine solidarity activism as “anti-Semitism”. Yet again in a major Western country, the fox has been put in charge of the hen house. Israel’s strategic threat to our freedom of speech is indeed growing.

Headline photo: Israeli soldiers throw sound grenades at a group of people including journalists, near a gate leading to Hebron’s main al-Shuhada street, closed by troops earlier in February, during an annual demonstration in memory of the 1994 Ibrahimi Mosque massacre, in the divided West Bank city of Hebron, on 22 February 2019. [HAZEM BADER/AFP via Getty Images] 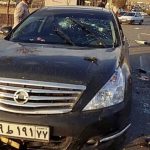 The pride of Israel: AssassinationsIran, Israel 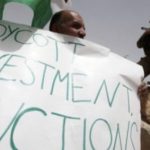 Palestinian rights and the IHRA definition of antisemitismIsrael, Palestine