Israel in the Middle East: a civilisational and metaphysical war 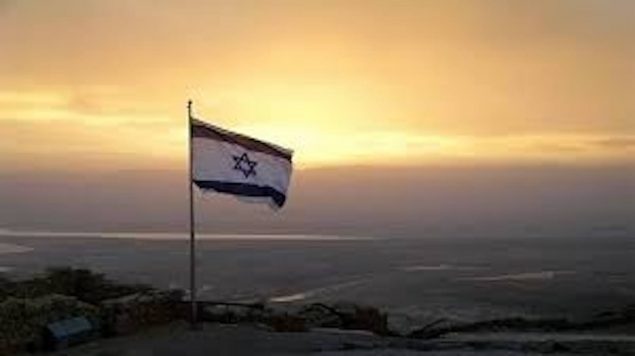 Trump may not be prepared to go to war for Israel, but others in the US Establishment view America ‘winning again’ in the wider civilisational war, as an existential issue for America.

President Trump’s ‘deal of the century’ has been published this week. Mostly, it has been examined as a purely political project – whether in terms of the domestic needs of Trump and Netanyahu, or as a maximum squeeze on Palestinians, which may, or may not, work. But there is another (implicit) dimension, lying – a little out of sight – behind these explicit politics.

It has been argued, by at least one US historian, that the U.S. is no ordinary nation-state, but should be understood as a system leader, a ‘civilizational power’ – like Rome, Byzantium, and the Ottoman Empire. The ‘system leader’, historically, has always sought to embed its particular civilizational vision onto those distant ‘lands’ that serve, or abut, its empire: which is to say that the universalistic vision may be bound to one state, but is forcefully unfurled across the globe, as ‘our’ inevitable destiny.

It is not hard to see what we are talking about when it refers to America: politically it is liberal markets, liberal capitalism, individualism and laissez-faire politics – and the metaphysics of Judeo-Christianity, too, if you like. For most Americans, their victory in the Cold War spectacularly affirmed the superiority of their civilizational vision, through the defeat and implosion of communism. It was not just a political defeat for the USSR, more significantly, it represented a triumph for America’s full cultural paradigm: It was a Civilisational ‘win’.

What has this to do with what happened in the East Room of the White House this Tuesday? Well, it gives us a better vantage point to perceive something less obvious than just the explicit politics to the spectacle. Something more often ‘felt’, than explicitly considered.

That is because Jewish Zionism, as expressed by Netanyahu this week, though ostensibly secular, is not just a political construct: It is, too, as it were, an Old Testament project. Laurent Guyénot observes, that when it is asserted that Zionism is biblical, that doesn’t necessarily mean it to be religious. It can, and does, serve as key leitmotiv for secular Jews too. For secular Zionists, the Bible is on the one hand, a ‘national narrative’, but on the other, a particular civilizational vision, bound around a modern state (Israel).

Ben-Gurion was not religious; he never went to the synagogue, and ate pork for breakfast, yet he could declare: “I believe in our moral and intellectual superiority, in our capacity to serve as a model for the redemption of the human race”. Dan Kurzman, in his biography (Ben-Gurion, Prophet of Fire, 1983) writes that “[Ben Gurion] was, in a modern sense, Moses, Joshua, Isaiah, a messiah, who felt he was destined to create an exemplary Jewish state, a ‘light unto the nations’ that would help to redeem all mankind”. This is the inner Universalist vision (tied to a state). These backstage, half acknowledged, convictions – of being ‘elect’, as an example – clearly do condition political actions, (such as disregarding legal norms).

Ben-Gurion was in no way a special case. His immersion in the Bible was shared by almost every Zionist leader of his generation, and the next. And the Israel of today, is no longer as secular as it once was, but rather, is in transit back towards Yahweyism— which is to say, away from the law of a secular state founded by the Zionists, towards traditional Hebraic law as revealed in the Tanakh (the Old Testament of the Christians). Netanyahu implicitly reverts to Hebraic tradition (from secular norms), when he states flatly that as ‘leader’, he should not be removed from power. In other words, Israel is becoming more, not less, ‘biblical’.

So, back to last Tuesday, when an Israeli leader speaks of Trump having secured Israel’s destiny, he is not just resorting to flowery flattery for the US President. The emphasis on ‘destiny’ is flagging something lurking in the background: “Zionism cannot be a nationalist movement like others”, Guyénot writes, “because it resonates with the destiny of Israel as outlined in the Bible … Israel is a very special nation indeed. And everyone can see that it has no intention of being an ordinary nation. Israel is destined to be an empire”.

An ‘empire’ – as in Isaiah, which describes the messianic times as a Pax Judaica, when “all the nations” will pay tribute “to the mountain of Yahweh, to the house of the god of Jacob”; when “the Law will issue from Zion and the word of Yahweh from Jerusalem,” so that Yahweh will “judge between the nations and arbitrate between many peoples.”

Aren’t such quotes just too historically arcane? What has this to do with last Tuesday? Well, a lot. Because these notions of election, of an exceptional mission and destiny are literally believed by many Americans, as well as by Jews. The point about last Tuesday – from this implicit vantage point – is that it then becomes evident that Trump’s “deal” is not about any two-state solution. Why would Trump encourage a rival state to emerge, or for that matter anything that would impede the path towards Israel’s becoming the dominant civilisational power in the Middle East? What Tuesday was about was firstly, conditioning the Palestinians – squeezing them – to accept that they have no alternative, but to offer their fealty to the regional ‘system leader’ (Israel). And secondly, as phase two, to assimilate subordinated Sunni components, under the regional Pax Judaica umbrella.

These old prophesies may not be uppermost in the daily consciousness of many contemporaries. But they are alive, and present in the Hebraic world. And they are wholly present in one key US constituency: Trump’s Evangelical base (one in every four Americans say they are Evangelists). They see the actualisation of Israel’s destiny as an eschatological necessity: It was they who insisted on the move of the US Embassy to Jerusalem; they supported the Trump’s assertion of Israeli sovereignty over the Golan; they support the annexation of Israeli settlements; and they were behind the demand that the US scrap the JCPOA. The Evangelicals may be unlikely to switch to vote Democrat, but if enough simply sit on their hands and don’t vote Trump, it could tip ‘swing constituencies’ in the November US Presidential elections.

The Evangelicals were, of course, very happy with Tuesday’s outcome. Israel’s civilisational imperium is, they believe, now assured – at least between the west bank of the River Jordan and the sea. The actualisation of these prophesies has the effect of hastening the arrival of the Redeemer (for these Christian Zionists).

And here again, our vantage point helps to understand a wider paradigm, which centres around the term ‘Judeo-Christianity’. American leaders today increasingly refer to the US as having a Judeo-Christian culture. Might the term not seem something of an oxymoron: Wasn’t Christianity supposed to represent a fundamental break with Jewish textual law? Certainly, Saint Paul proclaimed Christianity was exactly that. The question is: does this Judeo-Christian self-labelling imply some subtle change: That some American élites are becoming unconsciously more Hebraic? In which direction is the core cultural ‘vision’ travelling? Israel originally was viewed as a recipient outpost for western Christian ‘values’ (in the days when Zionism largely was secular). Tuesday’s events suggests that the travel of values may be reversing.

But why this ‘Judeo-Christianity’ nomenclature in the first place? What is going on here? After the fall of Rome, circa 800, the leaders of the Frankish church precisely turned to the Old Testament as the basis to legitimise cultural war on Orthodox (Eastern) Christianity, which the Franks then labelled (pejoratively) as ‘Greek’ – with its clear connotation of eastern ‘paganism’ and apostasy. And they further leveraged the Old Testament in order to reign Dei Gratia: as divine sovereignty, whether as Popes or Emperors (i.e. Charlemagne), demanding the unreserved fealty and discipline of their subjects. This Frankish ‘turn’ towards a ‘Judeo-Christianity’ gave Europe its feudalism; resulted in the obliteration of the Cathars as an exemplar punishment for ill-discipline; and saw the imposition of its Civilisational model (Judeo-Christianity) on the Middle East, via militarised Crusades. West Christianity was infused with the Hebraic textual tradition, then – and again, of course, with the rise of Protestantism. East Christianity (Orthodox Christianity) never was. The two Churches were split asunder at the Great Schism (1054).

This is the point: The Israeli civilisational vision may not be exactly the same as America’s, but America’s archetypal cultural stories – Abraham commanded to sacrifice his son – come from the Hebrew Bible. In short, the American exercise of power has never been more ‘Frankish’, as it were. And the exercise of it, increasingly is justified in terms of Israeli language – viz the targeted assassination of Qasem Soleimani.

This is the principal message to Tuesday’s events: When those on the American Right (such as Steve Bannon) speak incessantly of the need to sustain America’s Judeo-Christian heritage, they almost certainly would see an Israeli project to spread its Pax Judaica right across the Middle East as a clear civilisational ‘win’ for America too. Trump may not be prepared to go to war for Israel, but others in the US Establishment view America ‘winning again’ in the wider civilisational war, as an existential issue for America.

And this latter understanding perhaps offers yet another vantage point onto today’s politics. Why are American Evangelists so hostile to Iran? Because Iran presents the greatest obstacle to Israel’s Pax Judaica hegemony; or, is it more the case that the demise or implosion of the Islamic Republic, would constitute a civilisational ‘win’ for America and Israel, almost on a par with America’s Cold War ‘win’ over Communism? Is that what the withdrawal from the JCPOA – for the Evangelists, at least – was all about? A step on the way towards America, starting to ‘win again’ – towards Judeo-Christianity maintaining ‘system leadership?