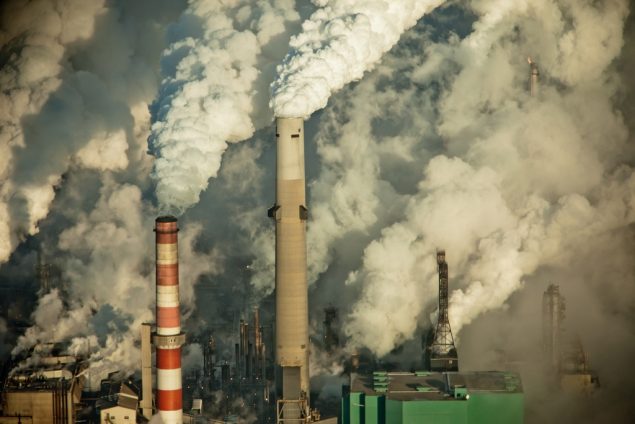 A new estimate delivered in a private February 2018 presentation by a senior Alberta Energy Regulator official estimates that the province’s fossil fuel industry has a $260 billion liability. File photo of Alberta oilsands facility by Kris Krug

Two years ago Trudeau told oil executives in Houston, “no country would find 173 billion barrels of oil in the ground and just leave them there.” With these words the PM made it clear his government chose business (and profits) as usual over the survival of human civilization.

The Liberals spent $4.5 billion on the Trans Mountain pipeline and related infrastructure. This important government intervention is designed to expand extraction of heavy carbon emitting tar sands oil that must stay in the ground to avoid catastrophic climate disturbances.

Two years ago Trudeau told oil executives in Houston, “no country would find 173 billion barrels of oil in the ground and just leave them there.” With these words the PM made it clear his government chose business (and profits) as usual over the survival of human civilization.

The Liberals broke their pre-election promise to eliminate fossil fuel subsidies. Ottawa continues to offer a few billion dollars a year in different forms of aid to oil, gas and other fossil fuel firms.

The Liberals eliminated the planned toll on the recently opened $4.4 billion Champlain Bridge to the South Shore of Montréal. The move tells suburbanites the federal government will aggressively subsidize the most costly, unhealthy and ecologically destructive form of land transport for every metre of their 10, 40 or 80 kilometre daily drive (alone) into the city.

The Liberals spent tens of billions of dollars on heavy carbon emitting fighter jets and naval vessels. In the best-case scenario, these weapons will only emit greenhouse gases during training. In the worst-case scenario, they will spew GHG as well as destroy lives and ecosystems. Additionally, militarism is intimately tied to nation state competition, which undercuts the international cooperation needed to mitigate the climate crisis.

The situation is dire. The amount of carbon in the atmosphere is growing precipitously, increasing temperature and the number of “natural” disasters. Hundreds of thousands are already dying as a result of anthropocentric climate disturbances and the numbers are projected to grow.

A sense of ‘carbon equity’ demands a rapid cut in Canadian GHG emissions. So does economic justice. The wealthiest countries should be the first to leave fossil fuel wealth in the ground. Only a sociopath would suggest the Congo, Haiti or Bangladesh stop extracting fossil fuels before Canada. Additionally, Canada has far greater means to transition off of fossil fuels than many other places.

Is Andrew Scheer worse than Trudeau? Of course. But does acknowledgement that someone is worse make you less guilty?

Wherever he speaks Trudeau should be tagged as a climate criminal. 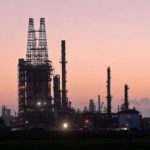 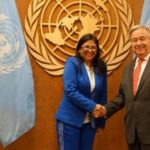