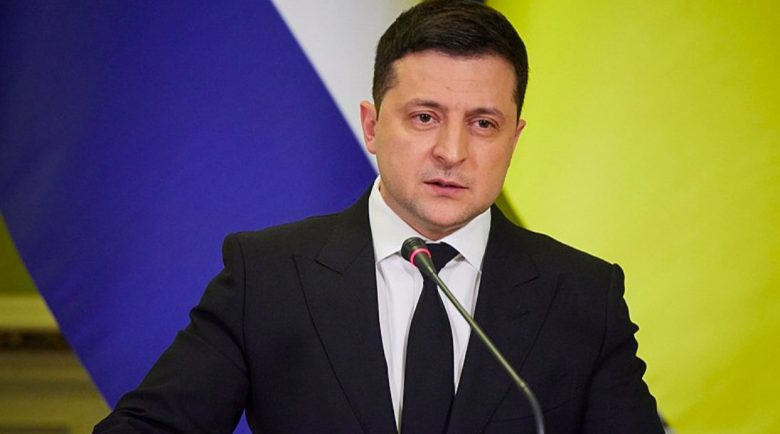 Next to starting a war, the most reprehensible act would be keeping one going when more people will die with little hope the outcome will improve. Yet, there are several lines of evidence that suggest that the U.S. is inhibiting a diplomatic solution in Ukraine. Washington appears to be absent from the process, seemingly holding out for a preferred outcome while the violence rages.

Next to starting a war, the most reprehensible act would be keeping one going when more people will die with little hope the outcome will improve.

Yet, there are several lines of evidence that suggest that the U.S. is inhibiting a diplomatic solution in Ukraine.

Years prior to the war, when diplomatic avenues were open to prevent war, the United States already seemed to be setting up roadblocks.

In 2014, Ukrainian President Viktor Yanukovych was faced with the choice of economic alliance with the European Union or with Russia. In a country that was nearly evenly split, the choice of either partner was divisive and dangerous. But there was a way out of the dilemma: compromise was possible. Ukraine doesn’t have to choose, Putin offered. Both Russia and the EU could work economically with Ukraine.

There didn’t need to be a dangerous dilemma. But Washington and the EU rejected Putin’s peace offering. The late Stephen Cohen, Professor Emeritus of Politics and director of Russian Studies at Princeton, reminded in a 2014 interview that “it was the European Union, backed by Washington, that said in November to the democratically elected president of a profoundly divided country, Ukraine, ‘You must choose between Europe and Russia.’” There was a diplomatic solution to the catalyst of today’s crisis. The U.S. rejected it.

That rejection led to the coup that led to the civil war between Western Ukraine and the Donbas region in the east and set the stage for the current crisis.

In 2019, Volodymyr Zelensky was elected on a platform that featured making peace with Russia and signing the Minsk Agreement. The Minsk Agreement offered autonomy to the Donetsk and Lugansk regions of the Donbas that had voted for independence from Ukraine after the coup. It offered the most promising diplomatic solution.

Facing domestic pressure, though, Zelensky would need U.S. support. He did not get it and, in the words of Richard Sakwa, Professor of Russian and European Politics at the University of Kent, he was “thwarted by the nationalists.” Zelensky stepped off the road of diplomacy and refused to talk to the leaders of the Donbas and implement the Minsk Agreements.

Having failed to support Zelensky on a diplomatic solution with Russia, Washington then failed to pressure him to return to the implementation of the Minsk Agreement. Sakwa told this writer that, “as for Minsk, neither the U.S. nor the EU put serious pressure on Kyiv to fulfill its part of the agreement.” Though the U.S. officially endorsed Minsk, Anatol Lieven, senior research fellow on Russia and Europe at the Quincy Institute for Responsible Statecraft, told this writer, “they did nothing to push Ukraine into actually implementing it.”

The Ukrainians gave Zelensky a mandate for a diplomatic solution. Washington did not support or encourage it.

Having inhibited diplomatic solutions prior to the war, the United States has been absent from negotiations since the invasion last month. The empty U.S. seat at the table is striking. Sakwa said that, “in the Cold War the U.S. would have taken the lead on diplomacy in a situation of the sort that we have today. Instead, now the U.S. is clearly not interested in peace negotiations — it is waiting for a Russian defeat, however many Ukrainian lives are lost in the process.”

In the direct talks between Russia and Ukraine, and even in the Turkish mediated talks, the United States seems invisible. Ambassador Chas Freeman, who served 30 years as a U.S. diplomat, told me that “it is the opposite of statecraft and diplomacy that the U.S. is not involved in any negotiations.”

“At best,” he said, “the U.S. has been absent and, at worst, implicitly opposed.”

Ukraine has delivered a proposal for a diplomatic settlement, including neutrality, but, according to Lieven, the U.S. has neither endorsed nor supported it, nor have they offered any proposals of their own. “The U.S.,” Lieven said, “has done nothing to facilitate diplomacy.”

Prior to the Russian invasion, the U.S. refused to seriously negotiate either the comprehensive European security structure that Russia proposed, or Russia’s demand of a halt to NATO encroachment on its borders, even though both the Biden administration and European governments told Zelensky that there was, in fact, no possibility of Ukraine being invited to join NATO in the foreseeable future. Because of pressure from the ultranationalists, Zelensky could not offer a treaty for neutrality at the time. Lieven said that the U.S. should have helped to push it. But the Biden administration refused.

Lieven added that France and Germany were interested in that diplomatic path but also did not propose a treaty of neutrality because they feared a split with the U.S.

Since the invasion, Ukraine has repeatedly stated a readiness to abandon its NATO aspirations and declare neutrality: a key concession for a diplomatic solution. Ukraine has proposed that a closed door to NATO membership be made more palatable by an open door to EU membership. Russia has agreed. But rather than fast tracking it, Freeman said, the EU has “slow rolled it.” The U.S. has said nothing in support but remains ambivalent.

Ukraine has also declared that it is prepared to negotiate the status of Crimea and the Donbas. Washington has seemingly not supported this avenue of diplomacy either, with Secretary of State Antony Blinken insisting on the need to defend the “basic principle” that “one country cannot simply change the borders of another by force.”

Then there is the issue of sanctions. Any peace agreement should tie incremental lifting of sanctions to a cessation in the violence, Russian withdrawal, and further diplomatic concessions. Indefinite sanctions — which is what some have implied are in order — would only undermine attempts at a diplomatic solution and to stop the bloodshed on the ground.

To protect Ukraine from further Russian attacks and loss of life, Zelensky has asked for security guarantees in return for neutrality.  But the West will be reluctant to give Article 5-like guarantees for some of the same reasons it was reluctant to give Ukraine admission to NATO. Lieven points out, though, that one way to give Ukraine guarantees against future Russian invasions, destruction, and loss of Ukrainian lives would be to guarantee the reimposition of sanctions. But such a guarantee presupposes sanctions have an end point, revealing again that no end point for sanctions undermines a diplomatic solution.

Negotiations have a greater chance of succeeding with Washington participation. But as of now, the U.S. has not only said it will not pressure Ukraine to negotiate, particularly as reports of war crimes on the ground continue to dominate the headlines, it has discouraged it.

Even before today’s horrific images, U.S. State Department spokesperson Price seemed to articulate that Ukraine should not negotiate the points that might bring the war to an end. He discouraged Kyiv from negotiating the key issue of the war — that Ukraine not join NATO — because “there are principles at stake here . . . that each and every country has a sovereign right to determine its own foreign policy, has a sovereign right to determine for itself with whom it will choose to associate in terms of its alliances, its partnerships, and what orientation it wishes to direct its gaze.”

From events that led to the war to the latest peace talks, the United States may be hindering negotiations rather than encouraging and facilitating them, seeming to hold out for a preferred outcome while the violence rages on the ground and more people suffer. 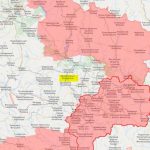 More Evidence That Ukraine Fired The Missile Which Killed Dozens In KramatorskMoon of Alabama, Russia, Ukraine 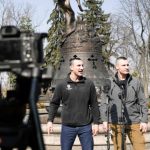